Black holes, quantum quibbles, and a climate in breakdown: A science year in review

It’s been another big year in science. From black holes to quantum quandaries, from cats to climate catastrophe, here we gather up some of the most notable (and some notorious) moments from science in 2019.

Black holes were theorized a century ago. This year, we finally saw one. In April, the Event Horizon Telescope (EHT) collaboration revealed the now-iconic image of the black hole at the heart of the M87 galaxy in the Virgo galactic cluster. It was a stunning moment, made possible by the audacity of the project. The EHT linked eight experimental facilities (and hundreds of researchers) to create what is, essentially, an Earth-sized telescope with an angular resolution of 20 microarcseconds – resolution great enough to read the fine print on a dime in South Africa from a vantage point in New York City. The achievement earned the team the prestigious Breakthrough Prize and was named breakthrough of the year by Science.

“We have gone right to the edge of the event horizon, and seen the point of no return,” said EHT researcher Avery Broderick, who holds the Delaney Family John Archibald Wheeler Chair in Theoretical Physics at Perimeter Institute. “This is an extraordinary moment in science. This first image doesn’t represent the end of an endeavour, but the beginning of an era.”

It was the story of the decade, and it gained urgency every minute. Climate change, climate science, politics, and protest were inescapable. This year, the predictions grew more dire, the effects grew more pronounced, and the science was indisputable (with thousands of researchers publishing a study warning “clearly and unequivocally that planet Earth is facing a climate emergency”). Protests fanned across the globe calling for climate science to be respected, and 16-year-old climate activist Greta Thunberg was named Time magazine’s Person of the Year.

This was also the year of the fast radio burst (FRB). These brief pulses of radio-frequency light release as much energy as our sun does over 80 years, but last only microseconds. Before this year, we knew of only a couple of dozen, and only one that repeated its blast. Now, the floodgates are opening. In January, a team of scientists working at the Canadian Hydrogen Intensity Mapping Experiment (CHIME) announced the discovery of 13 new fast radio bursts – and a second repeater – even though the telescope was still in its pre-commissioning phase, running at only a fraction of its full capacity.

In August, the CHIME team announced that they’d continued spotting FRBs, including eight new repeaters. They’re not the only ones looking: in June, Russian astronomers reported nine FRB events, including another repeater. “This is a new approach to radio astronomy that can achieve really amazing results relatively inexpensively,” said Kendrick Smith, who holds the Daniel Family James Peebles Chair in Theoretical Physics at Perimeter, and who devised much of the software that made the CHIME discoveries possible.

Canadian cosmologist James Peebles shared this year’s Nobel Prize in Physics for his theoretical discoveries about the evolution of our universe. The win made him the third Canadian in five years to be honoured by the Nobel committee, joining Queen’s University Professor Emeritus and former Perimeter Institute Board member Art McDonald and University of Waterloo Professor Donna Strickland as Nobel laureates in physics.

Peebles’ groundbreaking insights into the radiation leftover from the big bang laid the foundation for the transformation of cosmology from speculation to science. Using his theoretical tools and frameworks, Peebles (who has a research chair and a postdoctoral fellowship named after him at Perimeter Institute) was able to interpret the traces from the early universe and uncover information about the formation of light elements, the formation of galaxies and cosmic structure, characterizing the cosmic dark matter, and discovering early evidence for dark energy.

NASA’s first attempt at an all-female spacewalk, in March, didn’t quite go as planned: one of the astronauts realized she needed a size medium space suit, but only one had been sent to the International Space Station, and it was already in use. So, another was sent up, and history was made in October when astronauts Christina Koch and Jessica Meir replaced a faulty power control union in a spacewalk coordinated on the ground by astronaut Stephanie Wilson.

Quantum supremacy: Did they or didn’t they?

In October, Google announced that its Sycamore quantum processor took about 200 seconds to perform a calculation that would, the team said, take a classical supercomputer around 10,000 years. It was the first example of “quantum supremacy.” Rival company IBM didn’t agree, though, responding with the assertion that its classical supercomputers could match Sycamore’s achievement in 2.5 days and with greater fidelity.

The debate, wrote Kevin Hartnett at Quanta, lies in what, exactly, is meant by ‘quantum supremacy’. “Most experts interpret quantum supremacy to mean the moment a quantum computer performs a calculation that, for all practical purposes, a classical computer can’t match,” Hartnett explained. “This is the crux of the disagreement between Google and IBM, because ‘practical’ is a fuzzy concept.”

No-one is arguing these computing breakthroughs

In 1997, IBM’s Deep Blue beat world champion chess player Garry Kasparov. In 2017, the artificial intelligence AlphaGo beat Go master Lee Sedol. This year, it seems like every human game was involved in a throw-down against a computer, and humans invariably lost.

An AI beat poker professionals while playing Texas Hold ’Em. An AI beat some of the best human players of StarCraft II, although the humans were able to eke out one win of the 11 games played. An AI even managed to learn how to play the classic, and difficult, Montezuma’s Revenge. At least we still have Rubik’s Cube. Or do we?

File under “news you can use”

When it comes to perfecting a skill, it seems practice – even 10,000 hours of it – doesn’t make perfect. In a study published in Royal Society Open Science, researchers showed that, while practice does make you better, it doesn’t entirely explain the gap between people who are really good at something and those who are better.

Gearing up for a big New Year’s Eve? Here’s a handy tip: whether you drink wine before beer, or beer before wine, you’ll end up feeling gross either way.

And if you think that you can make up for all the lost sleep of busy working weeks (or busy holiday party schedules), here’s something else to know: weekend sleep-ins feel good, but they don’t make up for sleep loss when it comes to your long-term health. So rest up, folks. 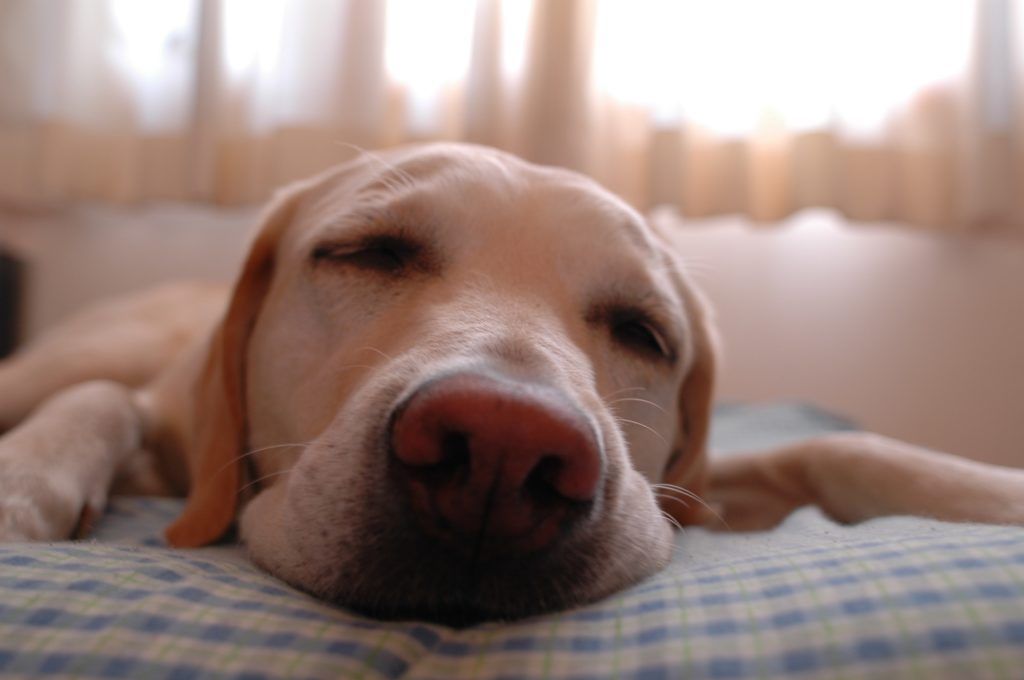 It seems cockroaches are becoming resistant to pesticides, even developing “cross resistance” to multiple insecticides. Bonus: thanks to their rapid breeding cycles, insecticides can quickly become ineffective. What joy. (Good thing we still have shoes.)

Another thing that might be a lot tougher to destroy than we realized? Asteroids. (Someone better tell Bruce Willis.)

While you’re contemplating the future of life on Earth, here’s a tidbit from the present: it turns out that the average person eats at least 50,000 particles of microplastic a year. Not just that, but we also breathe in a similar quantity, according to the first study to estimate human ingestion of plastic pollution.

At least your cat loves you. Maybe.

Switching to something more terrestrial, this year scientists also confirmed that cats can recognize their own name, and they can bond with people too. So next time your furry friend is giving you snuggles, know that it’s not just because yours was the closest lap to sit on! (On the other hand, if Fuzzball is giving you the cold shoulder, they really are ignoring you.) 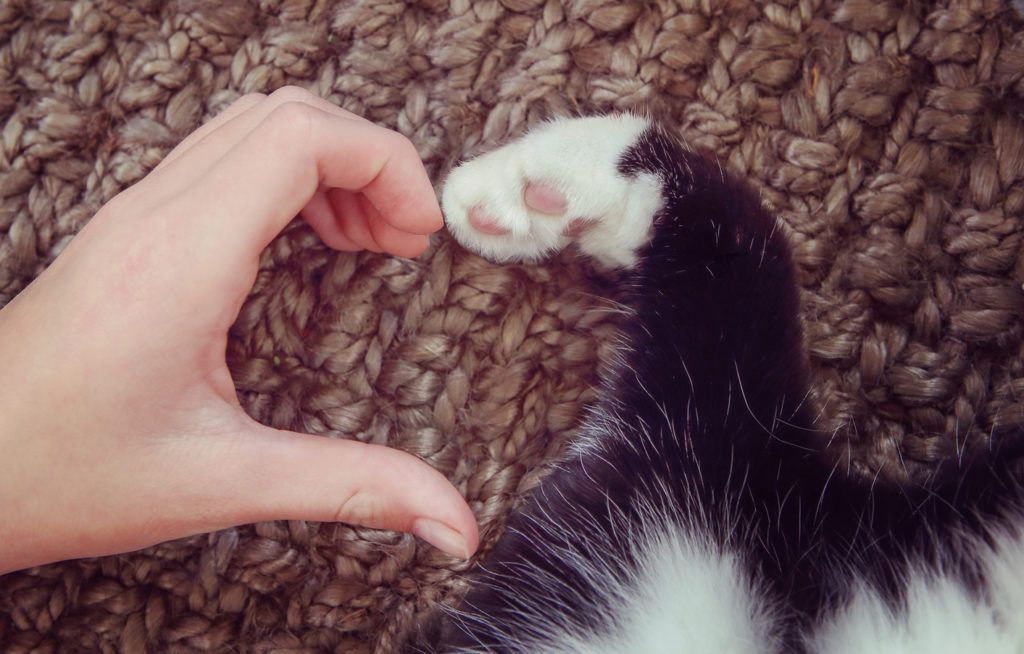 It’s been a big one at Perimeter Institute as well. You can get the full rundown of the year in PI science over here. Happy 2020, folks!