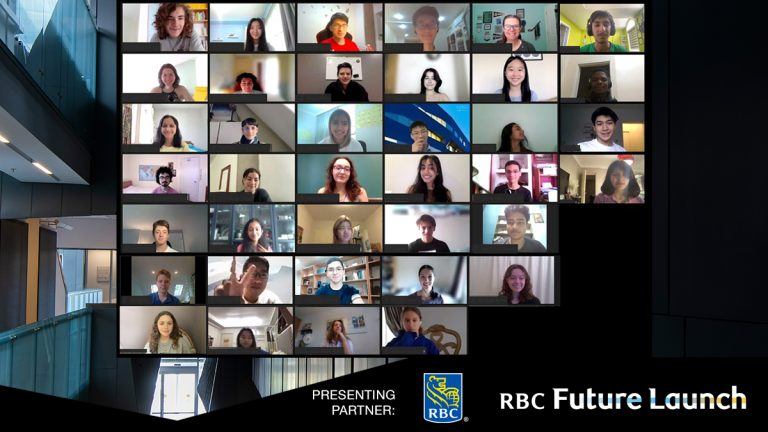 Can you power a boat with no moving parts? The answer is yes, thanks to the physics of electromagnetic fields. On a busy Thursday afternoon in July, 38 high school students from across Canada and around the world put the laws of physics to the test, building their own propulsion systems using a battery capable of using sodium and chlorine ions in ordinary tapwater to produce thrust. It was just one of many hands-on lessons over the course of two weeks, all designed to introduce concepts in physics to passionate young learners.

Perimeter’s International Summer School for Young Physicists (ISSYP) has been running since 2003. Necessity has shifted the program to online learning the past few years, but the curriculum and community building remain strong, giving students the opportunity to engage with cutting edge science, learn from professional physicists, and make connections with their peers.

Just like physicists push the boundaries of known science, ISSYP pushes beyond the usual conventions of an online program. In a session on black holes for example, the group warmed up with a clever visual trivia game and an interactive chat featured lighthearted jokes alongside serious questions about the material. The running commentary allowed students to answer their peers’ questions as well as interact with the facilitators in real time.

A range of teaching strategies is used, with an emphasis on learning from peers and from hands-on experience rather than listening to lectures. Students also spent four afternoons under the mentorship of Perimeter Institute researchers, working through research problems that simulated the real-world collaborative environment of physicists – with lots of time for questions, questions, questions.

This open and interactive format is vital to ISSYP’s success. One of this year’s students, Arya Gönüllü from Turkiye, said the format “makes you feel at ease with your questions. You can ask whatever you want to discover about the universe freely, and you won’t be judged.

“It’s just you, the universe that’s waiting to be discovered, and your mentors.”

ISSYP digs deep into the mysteries of the universe, focusing on quantum mechanics, cosmology, relativity, and particle physics. But the intention is also to build connections and have a bit of fun. One of the highlights for Gönüllü and her peers, including Sampoorna Prakash from Ottawa, were the Breakout Activity sessions, where the participants worked in groups, using both logic and the physics concepts they’d just learned to solve puzzles and beat the clock. Students who didn’t finish within the allotted time re-grouped on Discord in order to complete their ‘escape’ after the scheduled session ended.

“I found the connections that I made with my peers very valuable,” said Prakash. “When I had questions about something in the session, I would ask in the chat, and my peers would immediately respond with answers. And that would help clarify my doubts, which was really helpful.”

Every student had a slightly different motivation for being there. Stryder Hamilton from Alberta, for example, wanted to feed a passion he’s had since elementary school.

“I was given A Brief History of Time as a gift from my dad when I was in grade four, and he was like, you probably won’t get much of it, but read it and see what you like. And I have not stopped obsessing over theoretical physics since.”

Prakash, meanwhile, was keen on learning more about black holes and the cosmos. “I wanted to take part in ISSYP because I wanted to dive deeper into astrophysics,” she said. “I wanted to know more about the phenomena that happen in the universe.”

As for Gönüllü, she was excited by the mysteries in physics, saying “there’s always this unsurmountable problem that physicists face. We always think that we’re going to be satisfied once we find the answer. But that never happens. It leads to even more questions. So it keeps me awake. It’s reinvigorating.”

ISSYP had something to offer each of them, and the lessons came straight from the source: professional physicists personally walked them through some of science’s most challenging subjects. Keynote speaker Timothy Hsieh, for example, a Perimeter faculty member and ISSYP alumnus, guided them into the world of quantum theory, telling the students:

“I was a participant in ISSYP years ago… It was actually the first time I learned anything about quantum mechanics, and it just blew my mind. And it’s been in the back of my mind ever since then, until now. So I hope I’ll be able to convey some of the weird features of quantum mechanics and its consequences…Ideally, one of you will be back here, giving a much better version of this keynote, in another decade or so.”

The students also had to opportunity to ask questions of physicists from all walks of life, from undergraduates to PhD students, professors, and quantum startup engineers, including several other ISSYP alumni. Twenty years into the program, there are now over 900 ISSYP alumni in 60 countries, and they form a big, open network of like-minded individuals with a passion for physics.

Getting a glimpse of the possible opportunities open to physicists helped participants understand where their studies might take them in the future.

Kelly Foyle, the lead instructor at ISSYP, told the students at the closing ceremony: “Regardless of whether you go on to become a physics researcher, or you go on to do something different, I hope you’re going to take away the key skills of a physicist: asking questions about the world around you; thinking creatively; being curious; working together collaboratively; and having the courage to try things that just might fail.”

Ali Kahnamouee, Community Manager at RBC in Waterloo, also joined in the session on the last day of the program to celebrate the students’ achievements. “The work that you guys have done just absolutely blows my mind….Quantum computing, Schrödinger’s equation, even time travel and poetry. That is absolutely amazing,” he said. “The ISSYP has launched hundreds of budding scientists on to advanced learning and promising careers. Innovative thinkers like all of you have the ability and potential to change the world. And preparing today’s youth to become inventors and innovators tomorrow begins with programs like the ISSYP.”

As for the students themselves, they feel like they’ve found something special over the course of the program. “Its a community that unifies people across the world who share this reinvigorating sense of physics…when you are at ISSYP, it feels like you have found a home for your interests,” said Gönüllü.

For Hamilton, the value of ISSYP was in giving him a chance to understand the math behind the concepts that fascinated him.

“ISSYP created a really interesting outlet for taking myself from my standard classes into a much more advanced, rigorous program…I’ve never had an opportunity to apply math in such a deep way.

ISSYP is funded by the RBC Foundation in support of RBC Future Launch. 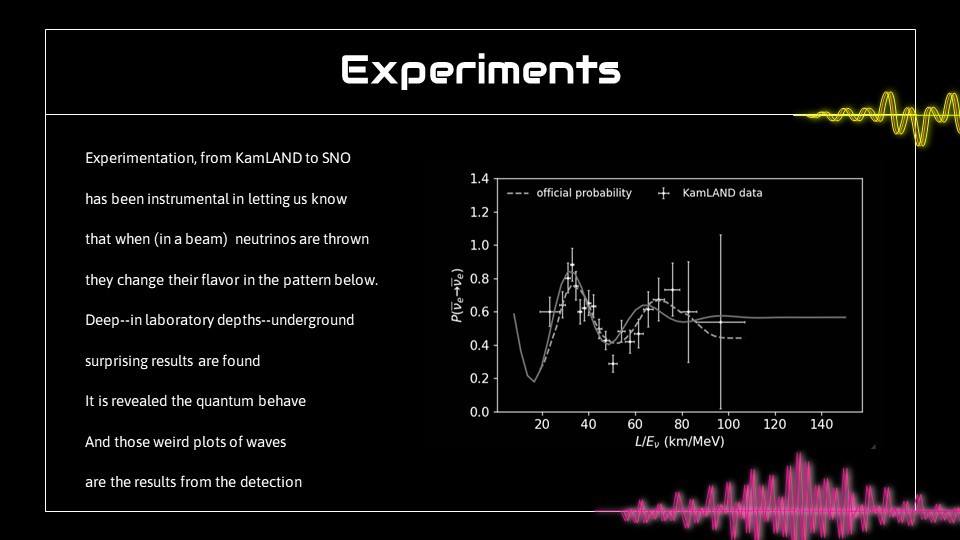 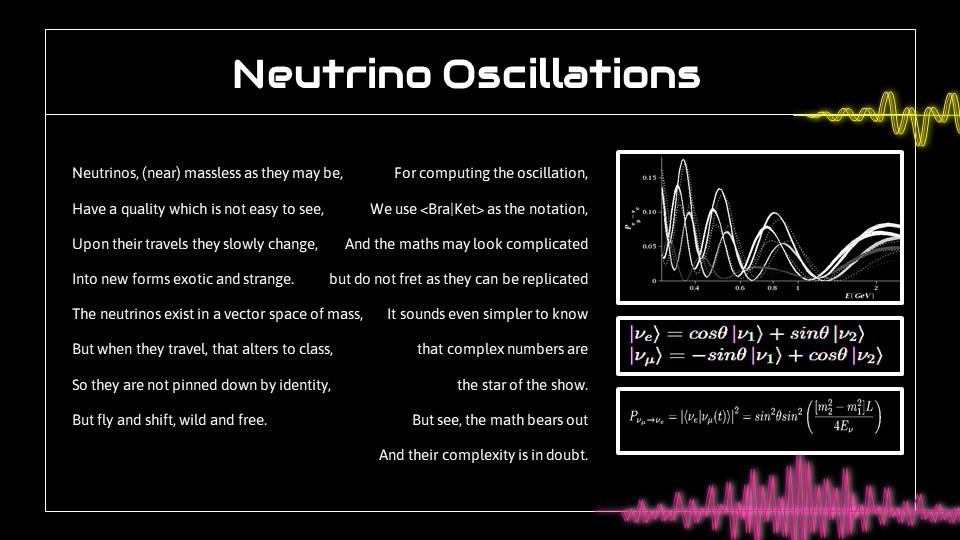 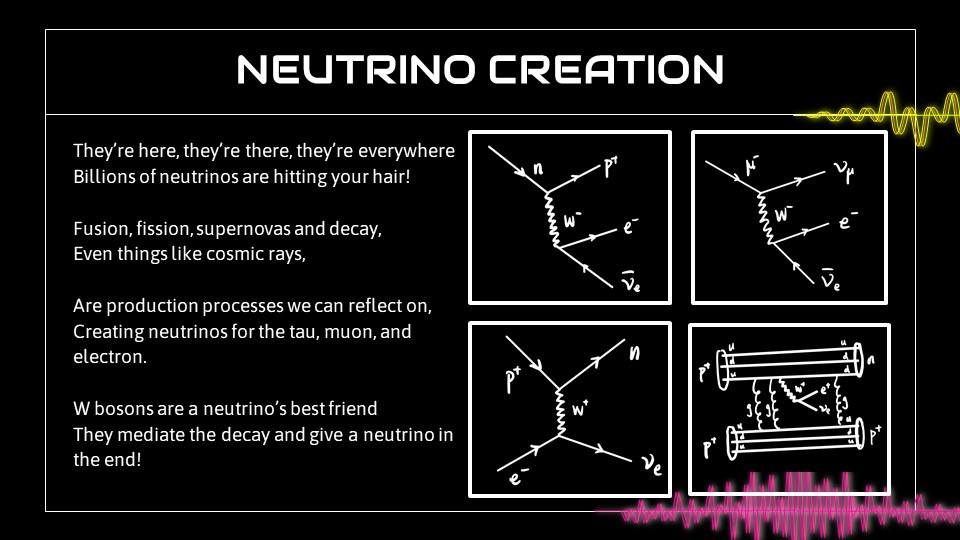