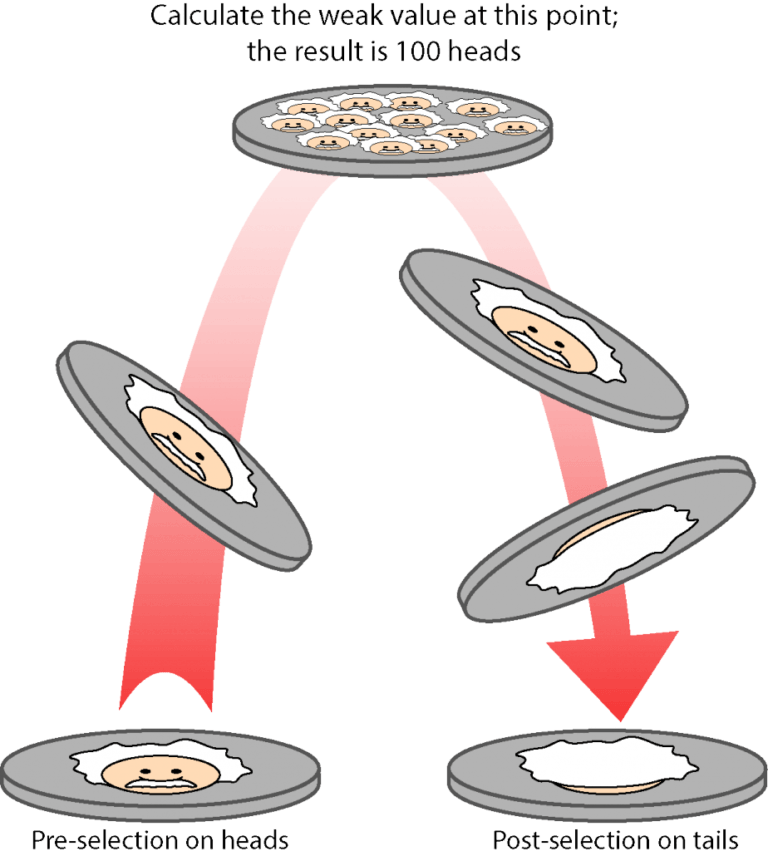 Over the past 20 years, a strange idea called a “weak value” has taken root in quantum information science.

Many of the things you can do with quantum technologies entail being able to gain information from quantum systems. But there is a quantum conundrum: we can’t say what a particle is doing when we’re not looking at it, but when we do look at it, we change its behaviour.

Obtaining a weak value involves taking a weak measurement of a particle. It also – counterintuitively – depends on throwing out the majority of the results, carefully selecting only a few to keep in an effort to screen out particles which were knocked off-course by the act of measurement.

In this way, researchers believe they can gradually build up a picture of the typical behaviour of particles even between measurements. When these carefully gathered and screened measurements produce something unexpected and (apparently) quantum, that’s called a weak value. Weak values are a whole new window into the quantum world.

Unless, of course, they’re not. What if weak values aren’t quantum at all?

“We’re skeptical of the whole field,” says Joshua Combes. Combes is a postdoctoral fellow at Perimeter and the University of Waterloo’s Institute for Quantum Computing (IQC), and he has just published a Physical Review Letters paper critical of weak measurement.

“On the one hand, the quantum world can be weird, of course,” he says. “But on the other hand, we need to work carefully to distinguish between genuinely quantum effects and effects that can be replicated classically.”

In the new paper, Combes worked with Christopher Ferrie of the University of New Mexico on just such a problem: finding a classical analogue of a weak value presented in the field’s seminal paper.

In the original paper, Yakir Aharonov (now a Distinguished Visiting Research Chair at Perimeter), David Albert, and Lev Vaidman laid down the principles of weak measurement, arguing for the power of extracting only a “little bit” of information from each measurement, and for throwing most of that away. Their procedure went something like this.

You also make a measurement in between, but in the quantum world, any measurement has the potential to disrupt the system. Aharonov et al. argued that you should measure the spin as gently – as weakly – as possible. This measurement is by nature imprecise, so you must then average over a large number of trials.

By cleverly combining pre-selection, post-selection, and weak measurement, Aharonov and colleagues invented a new and apparently fundamentally quantum way of measuring quantum properties. Their landmark 1988 paper is called, “How the measurement of a component of the spin of a spin-½ particle can turn out to be 100.” The weak value is the spin quantity that is equal to 100.

A particle whose spin should be either +½  or -½  having a spin of 100? Combes and Ferrie wouldn’t put money on that.

Facing the field’s giants head on, they outline a parallel process – the same pre-selection, post-selection, and weak measurement – to show that you can get the same odd result out of the world’s simplest random system: a coin flip. As a poke in the eye, they call their paper: “How the result of a single coin toss can turn out to be 100 heads.”

Combes demonstrates. He has you flip coins, then hand him only the coins that come up heads, without telling him what you got. (That’s pre-selection.) He glances at each coin too quickly to be entirely sure what it says. (That’s weak measurement.) Some percentage of the time, he gives each coin a nudge, which might occasionally flip it. (Even a weak measurement can sometimes disturb a quantum system, and the nudge imitates that.) Finally, he hands it back to you. If it’s heads, the trial is discarded (that’s the post-selection step); if it comes back tails, he asks you to predict what he measured.

It seems straightforward when the coin is in front of you: if it’s tails, you would intuitively predict he probably saw heads (since you only handed him coins that came up heads). In the paper, Ferrie and Combes outline the mathematics of your prediction step-by-step using the same sequence of operations that resulted in Aharonov et al.’s weak value. The bizarre result? If the coin comes back to you showing tails, after performing the same math, you too would predict that he measured it as reading 100 heads.

The quantum calculations performed by Aharonov et al. to get that strange 100 result are highly technical; what’s important, say Combes and Ferrie, is that when the same calculations are done classically, they give the same bizarre result.

Quantum effects can sometimes be strange. But, as the authors write, “Where a classical explanation exists, no quantum explanation is required. This is the guiding principle of quantum foundations research.”

The authors believe that anomalous values found via weak measurement are not a truly quantum effect, but an artifact of classical statistics and classical disturbances. As any fan of mathematical puzzles could tell you, problems based on who knows what and when can produce surprising results. The Monty Hall problem is the most famous example, and it tricks game show contestants and mathematics professors alike.

“Statistics can fool you,” says Combes. “We think this particular weak value puzzle is a statistical question, not a fundamentally quantum question. There might be something genuinely quantum about weak values, but to my eye that’s not clear yet.”

Reflecting on the central paradox of weak values – that by measuring things somewhat precisely, we can build up a better picture of the quantum world – Combes gets philosophical.

“Don’t get me wrong: mystery is great,” he says. “I want there to be mystery – that’s why I’m in this field. But shouldn’t we be trying to get to the bottom of things, rather than making them more mysterious than they really are? I think we need to carefully question what weak values really tell us. Chris and I are hoping this paper will spark some of that questioning.”

That, at least, seems like a very good bet. 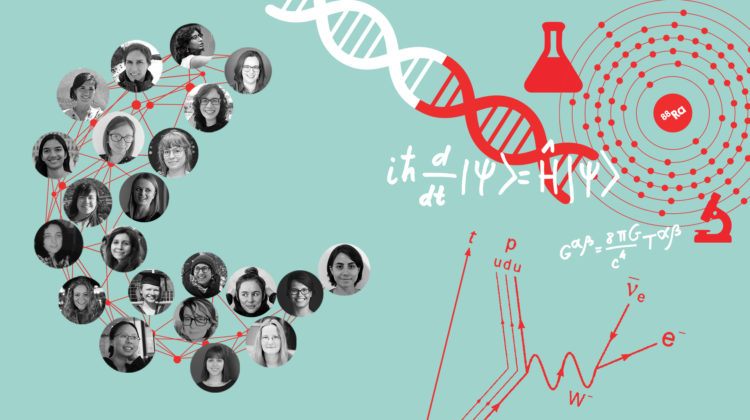