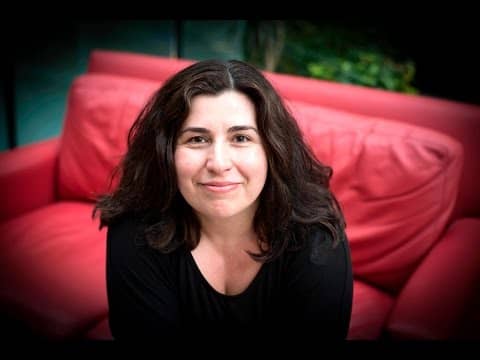 Asimina Arvanitaki has been named the inaugural Stavros Niarchos Foundation Aristarchus Chair in Theoretical Physics at Perimeter Institute. An $8 million investment, shared equally between the Stavros Niarchos Foundation and Perimeter Institute, will support pioneering research into the universe at its most fundamental level, as well as foster research and training ties between Perimeter Institute and Greece.
Arvanitaki joined Perimeter Institute in 2014, after earning an undergraduate degree from the University of Athens and a graduate degree from Stanford University. Before starting at Perimeter, she was a research associate at the Stanford Institute for Theoretical Physics. Arvanitaki has described her research as broad and interdisciplinary, testing theories that are beyond the Standard Model, including supersymmetry, dark matter, and extra dimensions.