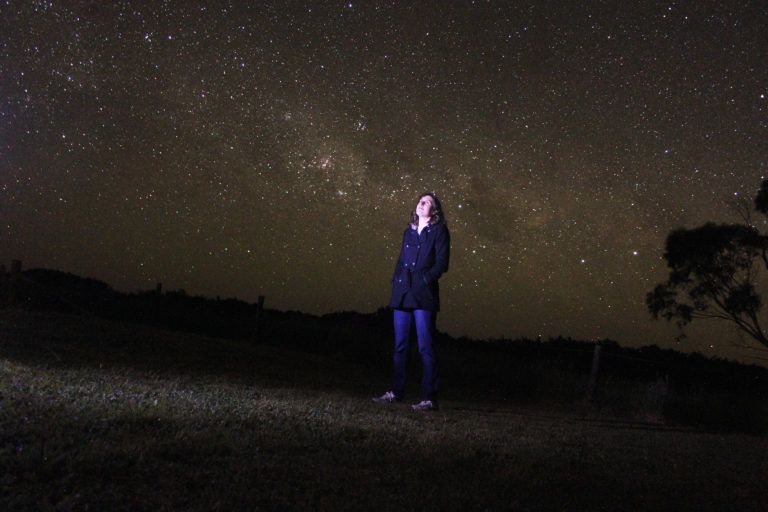 If you’re a science lover on Twitter, you know her as @astrokatie. With more than 330,000 followers, theoretical astrophysicist Katie Mack has been translating complex scientific quandaries for curious audiences for more than a decade.

“How big is the Universe? How many universes are there?”

Depends how you define “universe.” Our OBSERVABLE universe is around 90 billion light years in diameter, centered on us (because there’s a limit to how far we can see). In practice, we often call that “the Universe.”

An assistant professor at North Carolina State University, Mack is currently at Perimeter Institute for a six-month stay as a Simons Emmy Noether Fellow. This week, she was named among the 2020 TED Fellows, a group that includes prominent thinkers, activists, entrepreneurs, and leaders. 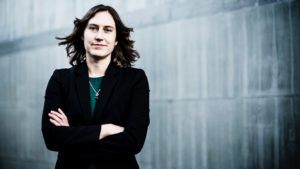 She recently appeared on CBC’s Fresh Air with host Nana aba Duncan to talk about dark matter and vacuum decay, how her childhood interest in science was nurtured by her mother, and her upcoming book, The End of Everything (Astrophysically Speaking), which looks at five possible ways the universe could end.

“People are really fascinated by the universe, and if you’re able to talk about that in a way that people can understand — don’t just throw jargon around but really help people get into it — people get excited,” she said.

“Fundamentally, people care about the cosmos.”

While at Perimeter, she’ll continue her work, which sits at the intersection of theory and observation.

“What do the equations predict? What does that tell us about how things should work in the cosmos? And what kinds of telescopes or experiments do we have that could test those theories?” she said. “I’m trying to work in the middle and trying to come up with new creative ways to answer these questions.”