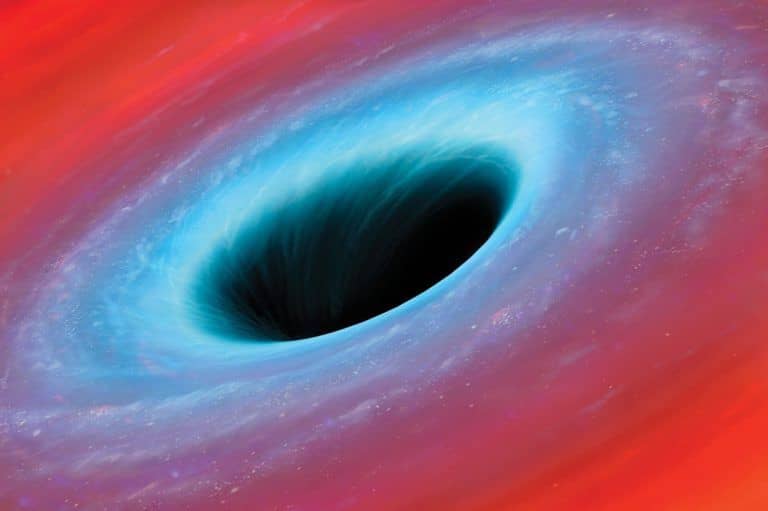 Lehner and his collaborators have been studying the mergers in compact binaries – that is, binary ‘star’ systems where both stars are extraordinarily dense: either neutron stars or black holes. Lehner studied two kinds of mergers: one in which a neutron star orbiting a black hole gets destroyed and sucked in, and a second in which two neutron stars spiral together and collide, forming first a hypermassive neutron star and then collapsing to form a new black hole.

Either event is fantastically powerful. Neutron stars pack the mass of the sun into a sphere smaller than most cities. Conjure the familiar image of spacetime as a rubber sheet with the sun dimpling it like a bowling ball. A neutron star dimples it like a pinhead that weighs as much as a bowling ball. That ‘dimple’ is more like a well: steep-sided and deep.

A black hole, to go one step further, is like a bottomless pit. The energy packed into either distortion of spacetime is tremendous, and when two such distortions merge, they set off ripples in the rubber sheet – gravitational waves. Gravitational waves have long been predicted by Einstein’s theory of general relativity, but they have never been observed.

That may soon change – the first of a new generation of gravitational wave detectors came online in 2002 and more are being built and improved every year. Massive binary mergers, of the kind Lehner has been modelling, are thought to be the ideal source for the signal these detectors are working to capture. They are also thought to be the source of gamma ray bursts: intense bursts of high frequency light that have been spotted all over the sky for 25 years. Short gamma ray bursts last less than two seconds – but in those two seconds, they outshine the rest of the universe combined. These bursts are thought to be powered by the way the two stars twist and tangle their magnetic fields as they spiral in, eventually creating fields trillions of times stronger than the Earth’s magnetic field.

What Lehner and his colleagues have done is shown how the two signals – the gravitational wave and the electromagnetic radiation from the system – might be related. Their new model examines the magnetic fields both inside and outside the colliding stars – an improvement on previous models whose simplifications made them unable to cope with both the inside and outside regions simultaneously. The new model predicts that there should be a strong electromagnetic counterpart to the gravitational wave signal the neutron star merger puts out. Having two signals – one gravitational and one electromagnetic – gives scientists two ways to observe the same event. That’s a new and hot idea in the field that goes by the name ‘multimessenger astronomy.’ Lehner’s work will be key as scientists work to understand to what extent multimessenger astronomy is possible.

The promise of multimessenger astronomy is more than just two sets of data. It allows one model to check the other. It allows us to look at different parts of the system – at gravitational waves from deep within the merging stars and electromagnetic signals from their surface, for instance. And – because gravitational waves ramp up slowly before neutron star mergers – they could give us warning that a neutron star merger is about to happen, allowing us to turn our telescopes and catch the gamma ray burst: the birth cry of a black hole.