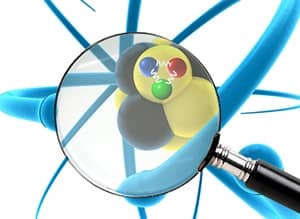 How big is the proton? For decades, this was a settled question. Then, in 2010, a new and better technique produced a new answer – one that contradicted decades of careful measurements. Two Perimeter researchers have an intriguing new suspect in the case of the shrinking proton: a new force of nature.

Before 2010, the size of the proton was so well defined and agreed upon that it joined the speed of light and the charge of the electron on the list of known quantities. But then, an international team of more than 30 researchers, led by Randolf Pohl and working at the Paul Scherrer Institute in Switzerland, announced a new measurement of the proton radius. Whereas the old measurement was 0.8768 femtometres, the new one was 0.841 femtometres. Although the difference was only a quadrillionth of an inch, the relative shift was huge – far larger than can be explained by experimental uncertainty.

So what happened? Theorists such as Perimeter Associate Faculty members Itay Yavin and Maxim Pospelov have an intriguing idea – one that posits a new force of nature.

Some background will lay the groundwork for this idea. You can think of the proton not as a point but almost as a cloud of charge. By “size of the proton,” in this case, researchers mean the width of that cloud: “charge radius” is the technical term. The oldest and simplest method of measuring the proton’s charge radius is to scatter electrons off of protons; bombarding subatomic particles with smaller particles has been the standard way of measuring their size for nearly a century. The second method of measuring charge radius is to infer it from a careful measurement of the energy levels of hydrogen – and this is where things begin to get particularly interesting.

Hydrogen is the simplest atom in nature: a bound state of a single proton and a single electron. As in all atoms, the electron in hydrogen can exist in one of several energy levels – sometimes known as atomic orbitals. Because the hydrogen atom is such a simple, clean system, its energy levels can be observed very precisely.

The energy levels of hydrogen tell us that the charge of the single proton in its core is spread out. Think of it this way: orbiting a cloud is different than orbiting a point, even if they both have the same charge. Different sizes and densities of cloud give different orbits – and that idea can be turned around. Different orbits, carefully observed, can be used to infer the size of the cloud. That’s what researchers are doing when they measure the charge radius of the proton via measurement of hydrogen energy levels.

For decades, these two measurements – the electron bombardment method and the hydrogen energy level method – gave the same value (within experimental error) for the charge radius of the proton. The methods are independent, and they cross-check each other so beautifully that the physics community’s confidence in them was incredibly high. The charge radius of the proton was considered a settled question.

Then came 2010 and the Pohl measurement, which used muonic hydrogen.

As you might imagine, this should make the effect of the cloud’s size on the muon’s orbit much stronger than its effect on the electron’s orbit. Using muons, Pohl and his collaborators reasoned, should therefore give a more precise measure of the cloud’s size. Their goal was to add a few more decimal places to a well-known number.

Instead, they emerged from their lab having seemingly shrunk the proton.

This finding is still fairly fresh, and still puzzles the research community. “It’s certainly possible that there’s an answer within the Standard Model,” says Yavin. “There may be subtle quantum electrodynamic effects that could clear the whole matter up, for instance. Still, it is worth considering whether new physics could be the explanation.”

By new physics, in this case, Yavin means a new force of nature. In 2011, Yavin and David Tucker-Smith of the Institute for Advanced Study wrote a short paper on muonic hydrogen measurement. They proposed that a new force could lead to a slightly stronger attraction between muons and protons than between electrons and protons. Specifically, they posited the existence of a new force-carrying particle with a mass of about a megaelectron volt, or MeV. Interestingly, this new force could also explain a different puzzle – the long-standing discrepancy in the measurement of the muon’s gyromagnetic ratio.

Recently, this was addressed by another Perimeter associate faculty member, Pospelov, working with two postdoctoral fellows, Brian Batell at Perimeter and David McKeen at the University of Victoria. The researchers found that a certain type of dark photon can provide the required force while staying consistent with the rest of the Standard Model. Dark photons are the hypothetical carrier of the equally hypothetical dark electromagnetic force – a sort of mirror version of electromagnetism that would affect dark matter the same way electromagnetism affects ordinary matter.

Dark photons and dark electromagnetism are a fairly new way in which some theorists are thinking about dark matter – that mysterious stuff that makes up 25 percent of the universe, though not a particle of it has ever been found. The specific kind of dark photon described by Pospelov and collaborators might be a bridge between the dark matter world and the ordinary world, which is a tantalizing idea.

Both Yavin and Pospelov have suggested experiments that would tests their ideas.

For the moment, the radius of the proton – once so certain – has become an open puzzle. It will take more experiments and more thought before the physics community has a clearer picture of what is behind the discrepancy between the different ways of measuring the proton’s radius. It might be nothing: a subtle effect of something well known. But it might be the crack through which the light gets in.

This story of the proton radius puzzle was recently featured in an article in New Scientist. 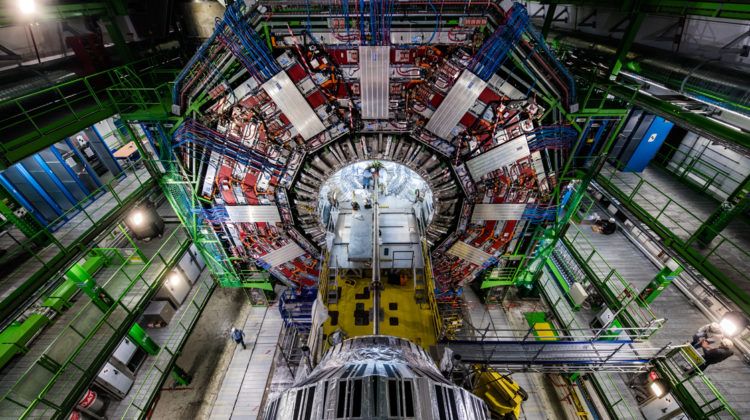