A new result from the CHIME/FRB Collaboration adds to a growing body of evidence that strongly suggests many fast radio bursts (FRBs) originate from neutron stars. In a paper published July 13 in Nature, the team reported the detection of an FRB that emits pulses in periodic succession, the first type of its kind to be seen.

FRBs are immensely energetic blasts of radio waves that last for only microseconds, faster than the blink of a human eye. The first FRB was detected in 2007, and only a few dozen more were spotted throughout the next decade. Their origins quickly became one of the hottest modern astrophysical mysteries.

Clues have been pouring in at a breakneck pace thanks to an innovative Canadian radio telescope nestled in a valley in Penticton, BC. In the few years that it has been running, the Canadian Hydrogen Intensity Mapping Experiment, or CHIME, has already detected thousands of FRBs. It’s been so successful thanks in part to ingenious software design and algorithms pioneered by Perimeter Faculty member Kendrick Smith, which allow CHIME to sift through a torrent of data in real time in order to pick out the brief radio flashes.

In amongst the embarrassment of data riches are some notable firsts: The first time an FRB’s location was pinpointed (in a spiral galaxy, roughly half a billion light years from Earth); the first periodically repeating FRB, which repeated its bursts every 16.3 days; and the first FRB detected within our own galaxy, which appeared to originate from a type of neutron star known as a “magnetar.”

Each new discovery helps narrow down the myriad possibilities of the cause of the bursts. The latest detection continues that trend.

‘Ticks of a clock’

“We found an FRB that emits a bunch of pulses in close succession, and the timing of these pulses was periodic, like the ticks of a clock,” says Smith, who holds the Daniel Family James Peebles Chair at Perimeter. It’s the first time that this type of periodicity has been observed. “It’s a new clue toward the origin of FRBs.”

This new signal persists for up to three seconds, about 1,000 times longer than the average FRB. Within this window, the team detected bursts of radio waves that repeat every 0.2 seconds in a clear periodic pattern.

The researchers have labeled the signal FRB 20191221A, and it is currently the longest-lasting FRB, with the clearest periodic pattern, detected to date. 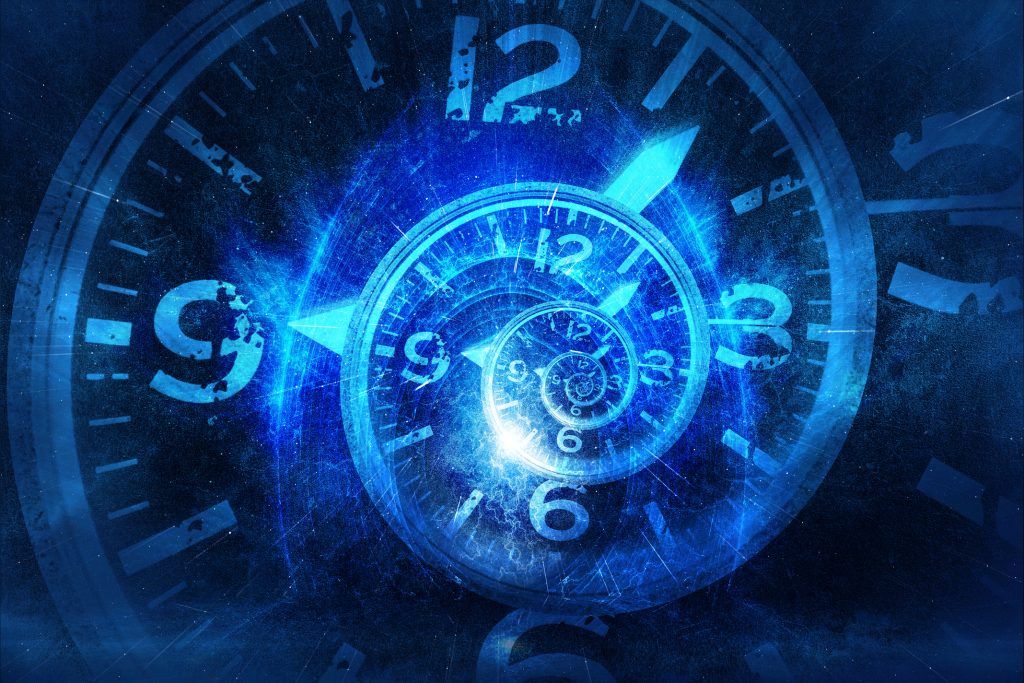 The source of the signal lies in a distant galaxy, several billion light-years from Earth. Exactly what that source might be remains a mystery, though astronomers suspect the signal could emanate from either a radio pulsar or a magnetar, both of which are types of neutron stars – extremely dense, rapidly spinning collapsed cores of giant stars.

“There are not many things in the universe that emit strictly periodic signals,” says Daniele Michilli, a member of the collaboration based at the Massachusetts Institute of Technology. “Examples that we know of in our own galaxy are radio pulsars and magnetars, which rotate and produce a beamed emission similar to a lighthouse. And we think this new signal could be a magnetar or pulsar on steroids.”

“It’s a very interesting result,” adds Smith. “It’s the first time that a non-repeating FRB has been tied to a neutron star.”

In November 2020, CHIME reported the detection of a repeating FRB with an intensity 3,000 times greater than that of any previously measured FRB. The source, they determined, was likely from a magnetar within our own galaxy.

The new detection indicates that one-off FRBs may share a similar origin. “That’s an open question in the field, whether repeating and non-repeating FRBs are the same type of object, or whether they’re unrelated phenomena that both produce radio pulses,” Smith says.

“We don’t yet know whether all FRBs are magnetars. We definitely know that some of them are magnetars,” he says.

Just how, exactly, could a magnetar produce a fast radio burst? There’s a buffet of models to choose from.

Some models posit that the radio pulse is emitted far away from the host star, as the electrons ejected from the magnetar collide and shock against outside material, like a supernova remnant. Other models show that FRBs can be emitted in the magnetosphere of the magnetar – and even within those models, there are a number of different proposed mechanisms.

“It’s a big tree of possibilities,” Smith says. He also notes that there have been some pieces of evidence that don’t quite fit with the neutron star/magnetar origin hypothesis.

“One of the more puzzling observations from CHIME was the discovery of a repeating FRB in an old globular cluster,” Smith says. “That isn’t an environment where you’re likely to find a young neutron star or magnetar.” He cautions that, with only one event, it’s hard to say just how strong that evidence is against a magnetar origin for most FRBs.

“Future telescopes promise to discover thousands of FRBs a month, and at that point we may find many more of these periodic signals,” says Michilli.

Very soon, the CHIME/FRB Collaboration will be adding outrigger telescopes in California and West Virginia that will increase CHIME’s resolution and allow observers to more easily determine the host galaxy of a given burst. With that information, researchers can determine whether FRBs are frequently found in environments like globular clusters, where neutron stars are rare, or if that observation was an unlikely coincidence.

“The CHIME outriggers will be fantastic for this,” Smith says. “It’s an incredibly exciting time to be doing radio astronomy in Canada.”

CHIME/FRB is a collaboration of over 50 scientists led by McGill University, the University of British Columbia, the University of Toronto, the Perimeter Institute for Theoretical Physics, and the National Research Council of Canada (NRC). The $16-million investment for CHIME was provided by the Canada Foundation for Innovation and the governments of British Columbia, Ontario, and Quebec, with additional funding from the Dunlap Institute for Astronomy and Astrophysics, the Natural Sciences and Engineering Research Council, and the Canadian Institute for Advanced Research. The telescope is located in the mountains of British Columbia’s Okanagan Valley at the NRC’s Dominion Radio Astrophysical Observatory near Penticton. CHIME is an official Square Kilometre Array pathfinder facility.