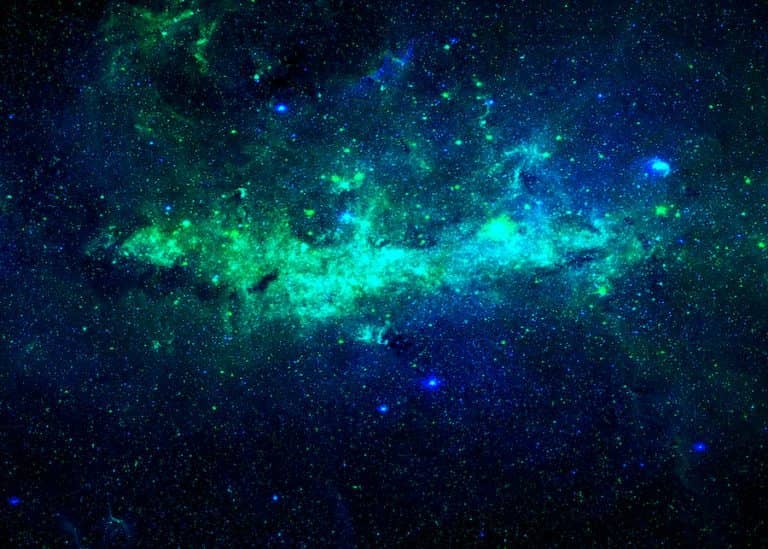 Finally, the stories we tell about black holes are being validated.

For the first time, astronomers have detected evidence of black-hole-scale magnetic fields near the black hole at the centre of the Milky Way galaxy.

Were these magnetic fields not there, “a lot of theoretical astrophysics would have to go back to the drawing board,” says Avery Broderick, an Associate Faculty member at Perimeter Institute jointly appointed at the University of Waterloo.

The discovery, published in the journal Science, moves the understanding of how black holes grow from the realm of theoretical speculation to the territory of empirical fact, Broderick says.

Broderick was part of a collaboration that discovered high levels of polarization in the radio emission from Sagittarius A*, the bright radio source believed to be the astronomical manifestation of the 4.5-million-solar-mass black hole at the centre of the Milky Way.

The discovery was made using the Event Horizon Telescope, a linked array of millimetre-wavelength telescopes that spans the globe and is set to take the highest-resolution images in the history of astronomy. When trained on the black hole at the centre of our galaxy, Sagittarius A*, it can see the structural details in the accretion flow that surrounds the black hole horizon. Broderick’s work involves analyzing and interpreting the data that come from the array.

The current observations are from only three of the sites in the global EHT array, comparable to having just a handful of pixels of the larger picture that will eventually be produced. Nevertheless, these few pixels are already writing the preface to the coming revolution in our understanding of black holes. Researchers are able to begin the process of putting our best current ideas of what is happening near the black hole to the test.

Black holes are regions of spacetime where gravity is so strong that “what goes into them does not come out,” Broderick says.

As the name implies, black holes are intrinsically dark, with no light or matter able to escape once they have passed the threshold of no return known as the event horizon. But as  black holes feast on the surrounding gas and stars, their accretion disks can shine and produce extraordinary energy. They can even outshine their host galaxies in some instances.

Compared to some black holes, Sagittarius A* is much more anemic and fails to outshine a single bright star despite its comparatively enormous mass. But the data from the Event Horizon Telescope opens a window on the inner workings of how material spirals towards black holes, finally disappearing across their event horizons, and growing into what Broderick calls “monsters lurking in the night.”

It will also shed light on the reverse process, whereby some black holes are capable of launching outflows of energy and material at nearly the speed of light, extending the black hole’s impact to intergalactic scales.

Decades of theoretical work, including enormous computer simulations, painted a picture of how strong magnetic fields near the black hole horizon contribute to the processes that enable a black hole to grow. But now, with the data from the EHT, scientists can begin to see how these processes work in practice.

Although this was described in the models, what was needed was observational evidence. The large polarization measurements provide that proof.

Detecting high polarization on the size of the black hole horizon at Sagittarius A* does two things. First, it verifies that magnetic fields are there and that they must be ordered. Second, it provides a measurement of the typical size of these magnetic structures.

There is much more to come.

Taking images of the accretion disk around Sagittarius A*,  which has an event horizon that is smaller than the orbit of Mercury, is a feat akin to trying to image a grapefruit on the moon. But the EHT array should be able to accomplish that.

“There are now enough telescopes in the array, in principle, to make images in the next couple of years,” Broderick adds.

Those images will enable astrophysicists to transform our understanding of how black holes grow, how they interact with their surroundings, and even the nature of gravity.

By studying the details of the cosmic “traffic jam” caused by gas as it rushes headlong towards the black hole, researchers will be able to check if Albert Einstein’s theory of general relativity, one of the pillars of modern physics, holds up in the extreme gravity conditions around black holes.

It will help to validate a lot of the ideas about black holes. “All of a sudden, the stories that we tell our students are grounded in a reality,” Broderick says.