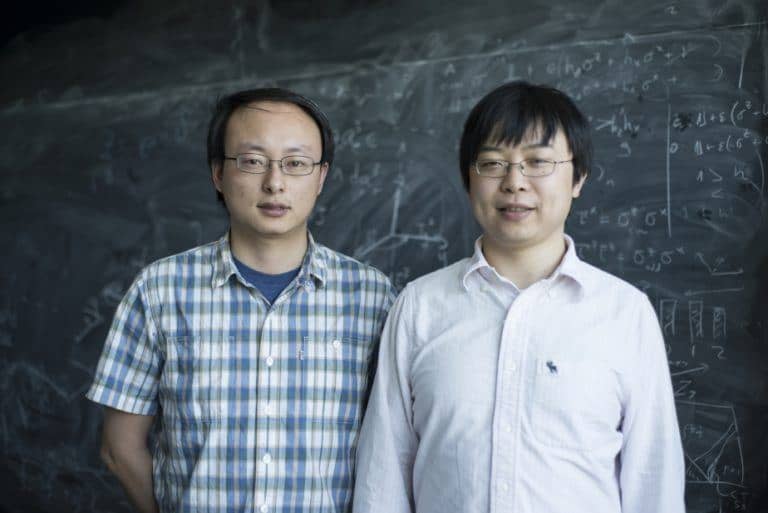 Anyone who has gone to pull a frayed cord out of a power outlet knows that the flow of electrons is nothing to trifle with. Grip the cord’s outer casing, and everything will be okay. Touch the wires within, and you could be in for a shock.

We control electricity by using two forms of matter. Conductors – those wires inside the power cord – allow current to flow. Insulators – the protective casing – don’t.

But another kind of matter does both. Known as “topological insulators,” these exotic materials are insulating on the inside (a region known as the “bulk”) and conductive on the surface.

Proposed in 2006 and observed experimentally in 2007, topological insulators are now the subject of intense research. Not only do they provide a good platform to explore quantum phenomena in materials, their exotic properties are also believed to hold great promise for quantum computing and no-loss energy transmission.

In this new paper, published in the online journal Physical Review X on June 19, Ye and Gu pave the way for BTIs to be created in the lab.

So far, the only topological insulators that have been created have derived their exotic properties by exploiting the behaviour of fermions, like electrons. Ye and Gu wondered: if you made one that exploited bosons, what would you see?

Bosonic topological insulators differ from their fermion counterparts because they require strong interactions in order to exist. At low temperatures, bosonic molecules can be used to form an ultracold soup called a Bose-Einstein condensate (BEC) – an exotic state of matter where all the particles are at their lowest possible energies and exhibit unique collective properties.

Molecules can have varying degrees of repulsive interactions between them, thanks to the dipole force. (Imagine the particles as tiny magnets in which north is always butting up against north.) By using different kinds of molecules in the condensate, experimentalists can create different strengths of interactions.

If you create a weak repulsive interaction between the bosons, the quantum fluctuations in the BEC create vortices, like small cone-shaped whirlpools in a lake. This creates a superfluid, in which these “vortex lines” are sparse. But if you create a BEC that has strong repulsive interactions, and you maintain something called time-reversal symmetry, the vortex lines become increasingly dense.

As the vortex lines coalesce, the condensate passes a critical point called a phase transition. At this moment, the soup transforms into a strongly interacting bosonic system, in which the particles work in lockstep and display emergent, collective behaviour.

This new state is called a Mott insulator. Depending on the parameters of the strong interaction that is imposed, the resulting insulator can take many forms. One of the potential outcomes is for it to form a BTI.

If a system continues to obey the laws of physics regardless of whether it is running forward or backward in time (both options are possible when working in pure theory), it is said to obey “time-reversal symmetry.” In mathematical terms, “time-symmetry protected” systems don’t change if the time direction is flipped from positive to negative.

It’s an abstract idea with real-world implications. If a topological insulator’s time-reversal symmetry is broken – as it can be through the application of a strong magnetic field – the exotic material suddenly becomes no more special than rubber or wood. It is transformed into an ordinary, run-of-the-mill insulator.

Once time-reversal symmetry is broken, “Everything stops,” Ye says. “The surface becomes insulating.”

Thinking of BTIs as a fluid in which the vortex lines have condensed is a new approach, and Ye and Gu’s paper presents the topological quantum field theory (TQFT) that could potentially provide experimentalists with a roadmap to formulate a BTI in the lab.

It’s heavy work that has a unique payoff. Because bosonic topological insulators require a strong interaction, the math used to describe it is applicable to strongly correlated states of matter.

This complexity creates surface physics that are much more profound than in other metallic-surface physics. According to this new work, the surface of a BTI is predicted to support “impossible” anyons.

Anyons are quasiparticles that mathematically lie somewhere between a boson and a fermion – not really one, not quite the other. They only exist in two-dimensional systems – either on the surface of a 3D object or on a 2D plane.

This very complex mathematical structure leads to something of a split system: the anyon’s surface and 3D bulk are reliant on each other to exhibit the BTI’s exotic properties.

“We call this a quantum anomaly. You cannot observe the surface alone,” Ye says. “Once the surface is anomalous, the bulk is said to host some nontrivial ‘order,’ although the bulk itself looks boring.

“These anyons can only exist on a BTI surface that maintains symmetry. They could not exist alone on a 2D plane. That creates a very interesting boundary surface phase, as long as you preserve symmetry. This is all derived from our TQFT.”

Ye and Gu have put forward three important advances in this new paper. First, they have proposed the idea of vortex line condensation as the process to create a bosonic topological insulator. Ye hopes that experiments using ultracold systems will actually create this exotic matter in the near future.

Second, they developed a topological quantum field theory that demonstrates profound complexity at the surface of a BTI. This surface state is even more exotic than on other topological insulators, because it could host “impossible” anyons.

And third, their proposed TQFT bears a striking mathematical resemblance to loop quantum gravity, a field of inquiry that attempts to unite quantum theory with general relativity. It’s a parallel Ye was not expecting to emerge, but one he describes as “beautiful.”

“This kind of mathematical structure in loop quantum gravity theory describes the cosmological constant,” he says.

2 Bosons can act collectively. Unlike fermions, two identical bosons can be in the same place at the same time. This quality is harnessed to make such things as lasers. 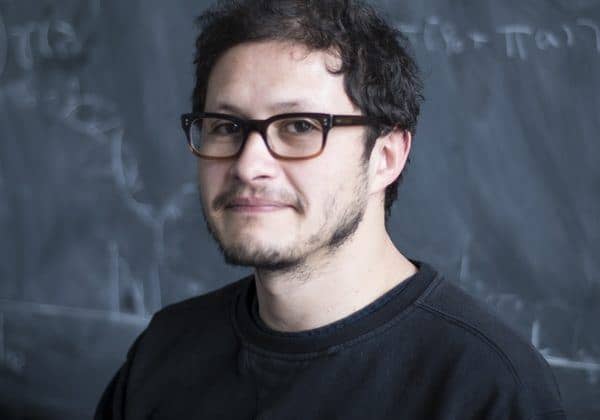 Researchers have used a never-before-observed phenomenon called quantum distillation to turn an ultra-cold Bose-Einstein condensate into something even colder – and potentially more useful.