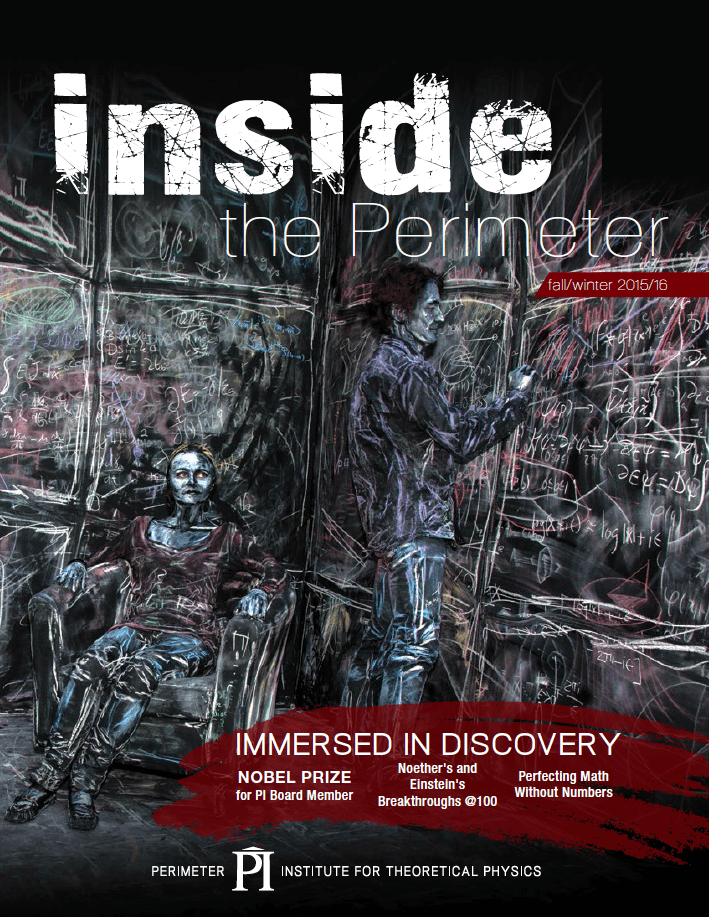 Contrary to popular belief, though, Einstein wasn’t working alone. His great breakthrough of 1915 was aided by a host of friends, colleagues, and competitors.

After 100 years, where is general relativity going? Three Perimeter faculty – Luis Lehner, Avery Broderick, and Robert Myers – look to the next 100 years of GR and its implications for gravitational astronomy, black hole research, and holography.

Emmy Noether was a brilliant German mathematician whose insights continue to underpin physics. Pity most people haven’t heard of her.

For Perimeter Director Neil Turok, the last century of physics was just the beginning. He explains why we’re at the dawn of a new golden age.

Perimeter Board Member Art McDonald had a stellar year, sharing both the Nobel and Breakthrough prizes.

Convergence brought together 250 theorists and experimentalists, and challenged them to not only seek answers, but to find new questions.

One of the newest Perimeter Research Chairs, Pedro Vieira, continues his quest to equip young researchers with the tools for analytics success.

Chalkboards are everywhere at Perimeter, but one became the centre of attention when Perimeter’s first artist-in-residence, Alexa Meade, created a perception-bending blend of art and physics.

Particles: A compendium of warm welcomes, fond farewells, and new partnerships around the Institute.

From the Black Hole Bistro: Why does your spoon get hotter than your bowl when eating soup? (Bonus: delicious lentil and chorizo soup recipe!)

PI Kids Ask: Why does your stomach drop when you’re on a roller coaster?