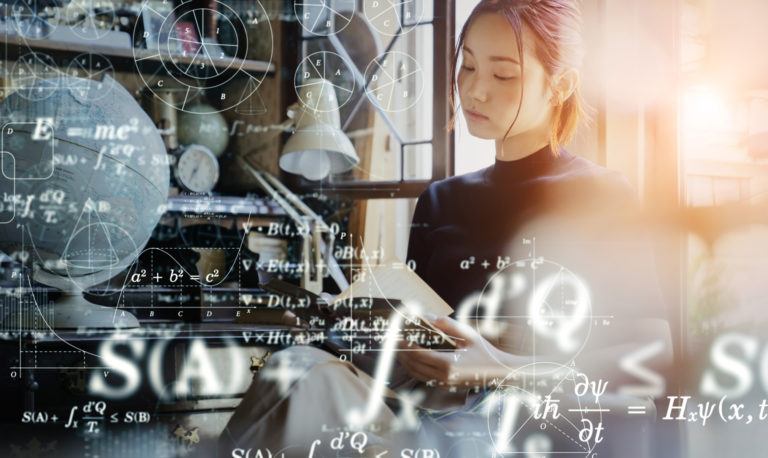 Early in the pandemic, it didn’t look like Perimeter’s new undergraduate research program was going to make it.

Launched in 2018 with a gift from Michael Serbinis and Laura Adams, the Undergraduate Theoretical Physics Summer Program at Perimeter was intended to give talented students an insider experience of research and a view of the many other possibilities that physics training opens up.

The summer school features a two-week academic program, designed to teach how theorists approach physics. Select students can then go on to a summer-long internship, working on research projects with Perimeter postdocs or faculty mentors.

The program ran for the first time in 2019, and was widely considered a great success.  Still, when the Institute entered lockdown in March, the short history meant the undergraduate program didn’t have the infrastructure or institutional ballast built up to help it sail forward into the stormy waters of 2020. Meanwhile, the Academic Programs office, which runs the undergraduate program, was coping with the demands of moving its flagship master’s program, Perimeter Scholars International (PSI), online.

“At the time, we seriously considered cancelling the undergraduate program,” remembers James Forrest, Perimeter’s Academic Programs Director. “It was one of our PSI Fellows, Giuseppe Sellaroli, who came forward and suggested we could do the whole program online. I asked him to flesh out a few of the details and come up with a real proposal – which he did.”

With the academic portion of the program fully online, a silver lining emerged: spared the cost of flying in students from around the world, not to mention room and board, Perimeter could now offer a place in the program for everyone on the not-so-short list. The program normally has 20 slots: this year, it enrolled 54 students, including 25 women, hailing from 21 countries.

PSI Fellow Emilie Huffman, who worked with mentors to bring the research internship portion of the program online, reflects on the expanded enrollment as an unexpected upside of the pandemic. More than 700 applications had been received, which were whittled down to under a hundred.

“I was involved in admissions, and we were looking for not just great grades, but letters of recommendation that said things like, ‘This is the best student I ever had.’ Getting to the not-so-short list was painful,” Huffman says. “I am glad we could offer everyone on it a spot.”

How exceptional are these students? Those who stayed for internships were unfazed to tackle research topics spanning the breadth of theoretical physics. One student, for example, studied entanglement in spin chains, a subset of condensed matter systems. Another looked at how galaxies and galactic clusters form and behave.

The projects are so advanced that, sometimes, the project title itself needs explaining. Charlie Cummings, who is in the last year of a physics and math double major at the University of California, Berkeley, researched the CPT symmetric universe model during the program.

“CPT stands for charge, parity, and time,” he says. “CPT symmetry means that if you ‘flip’ all these properties in our universe, the laws of physics are unchanged, and everything goes on as normal.”

Madison Tindall, who is from Arthur, Ontario, studies chemical physics at Trent University in Peterborough. During her internship, she panned out for a wider view of the universe.

“I’m focused on uncovering the gravitational wave background through comparing gravitational wave data with existing backgrounds and maps,” she says. “We’re trying to replicate the results of a paper that did a similar thing, matching their plots so we can repeat their process with a different background or map.”

All the students spoke of finding connections and peers despite being scattered around the world, connected only by Zoom.

“Although we’re not physically close, I do feel connected with the other interns and my supervisor and mentor,” says Michelle Medina, from San Pedro Sula, Honduras, who currently studies at Drury University in Springfield, Missouri. “It’s fun to talk to people around the world who have the same interests as me but have a different experience from their education.”

Shawna Skelton, a physics major at the University of Winnipeg, says, “I’ve been impressed with PI’s workplace culture and how the instructors and supervisors involved have been able to adjust to the complications of online classes and internships.”

The ultimate goal of Perimeter’s summer undergraduate program is to help exceptional students like these begin to build the bridge between being students and being researchers. It’s a transition that can sometimes feel like a high wire act.

Cummings puts it this way: “I feel I have a lot of freedom in my project, which is both good and bad. It’s good because I can do what I think is interesting and worthwhile, but I don’t always know what is worthwhile to look into. That may be the most important skill a theoretical physicist could have, so it’s good that I’m getting a feel for it now!”

Turning students into scientists is fundamentally the goal of the entire Perimeter Academic Programs department. The rousing success of the online undergraduate program therefore has an unexpected payoff: it’s a dry run for adapting the intensive PSI master’s program.

“Not only has [the hard work from the participants] allowed us to offer a top-notch physics summer undergrad program, but it also provides a valuable learning experience as we face the daunting task of offering the fall semester of PSI in a fully online format,” reflects Forrest.

In other words: the sea may still be stormy, but Perimeter students are full speed ahead.

This summer, dozens of students took a quantum leap forward in their studies, guided by physics researchers with a passion for training the next generation.

The class of 26 Perimeter Scholars International graduates gathered in their homes around the world for their online convocation, which featured surprise addresses from three Nobel laureates in physics. 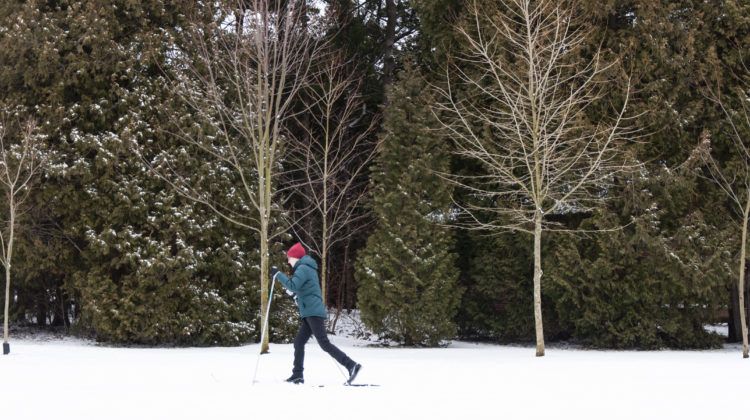 Students explore the wilderness of ideas