A century after gravitational waves were first proposed as a by-product of Einstein’s theory of general relativity, physicists from MIT, Caltech, and the LIGO Scientific Collaboration announced this week the detection of these important, yet almost imperceptible, phenomena.

Here’s a primer on what gravitational waves are, how they were found, and why they could lead to profound new understandings of our universe.

1. In a nutshell, What are gravitational waves?

Gravitational waves are ripples in the fabric of spacetime. They are created when two massive objects – say, black holes or neutron stars – hurtle around each other at extremely high speeds and collide.

The energy created in such collisions is mind-bogglingly immense, but because gravity is such a weak force, the resulting gravitational waves are detectable only by extremely sensitive instruments, like the Advanced Laser Interferometer Gravitational-Wave Observatory (aLIGO). 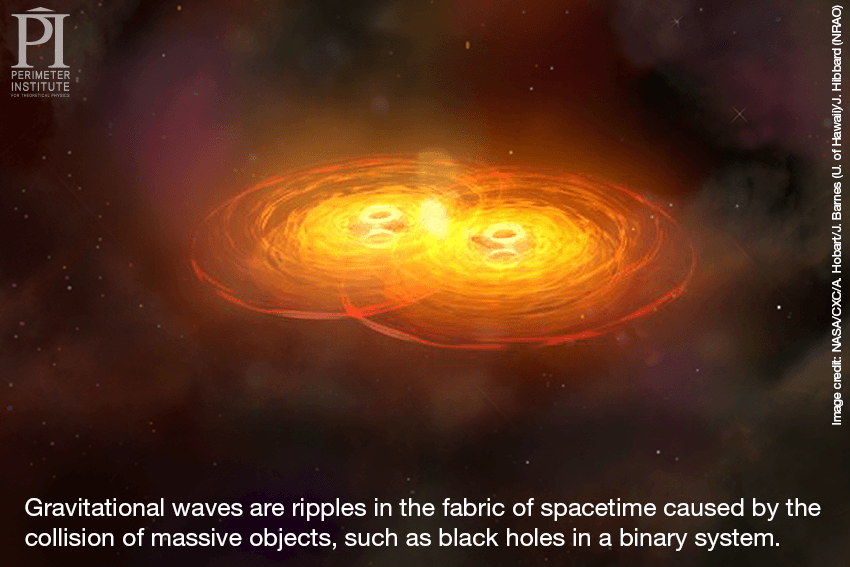 2. How did LIGO find Gravitational Waves?

The LIGO Scientific Collaboration uses lasers to measure distances with incredible accuracy. Each LIGO observatory – one in Hanford, Washington, and one in Livingston, Louisiana – is shaped like a massive L, with the arms stretching 4 km long.

Each arm houses a laser which, if a gravitational wave passes through it, will register a tiny change of length compared to the other arm. The difference between the lengths will be unbelievably small: the 4 km laser in the detector contracts by a fraction of the width of an atom.

The original LIGO ran from 2002 to 2010 as a proof of concept. After significant upgrades, Advanced LIGO began formal observations in September 2015. 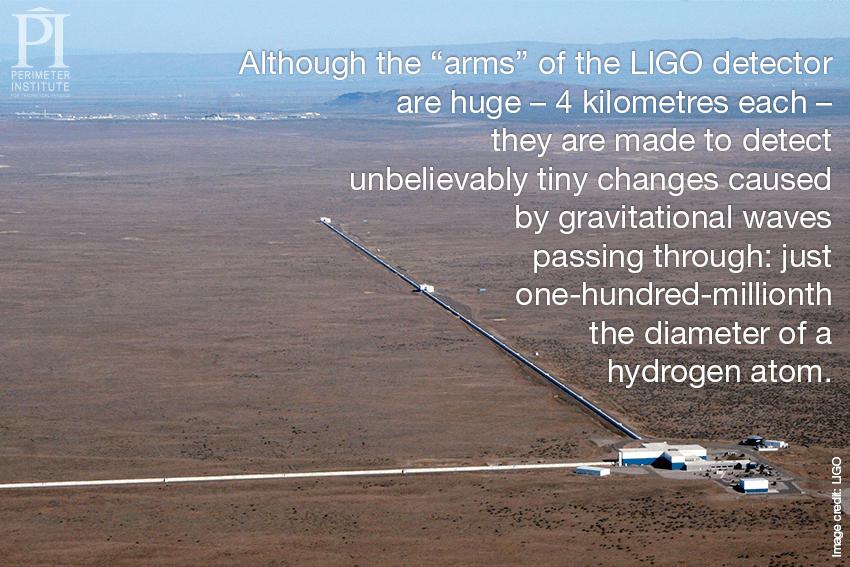 3. So, How big is a gravitational wave?

This depends on what you mean by “big,” says Perimeter astrophysicist Avery Broderick.

In terms of wavelength, the distance from one crest of the wave to the next crest can be anything from a kilometre or smaller to the size of the universe. “Different things will make gravitational waves of different sizes,” he explains.

Although the gravitational waves can carry huge amounts of energy, “the observational consequences are tiny,” says Broderick. “That’s because gravity couples so weakly. These laser interferometers are being built to measure fluctuations in distances of less than a proton-width over kilometres of distance.” 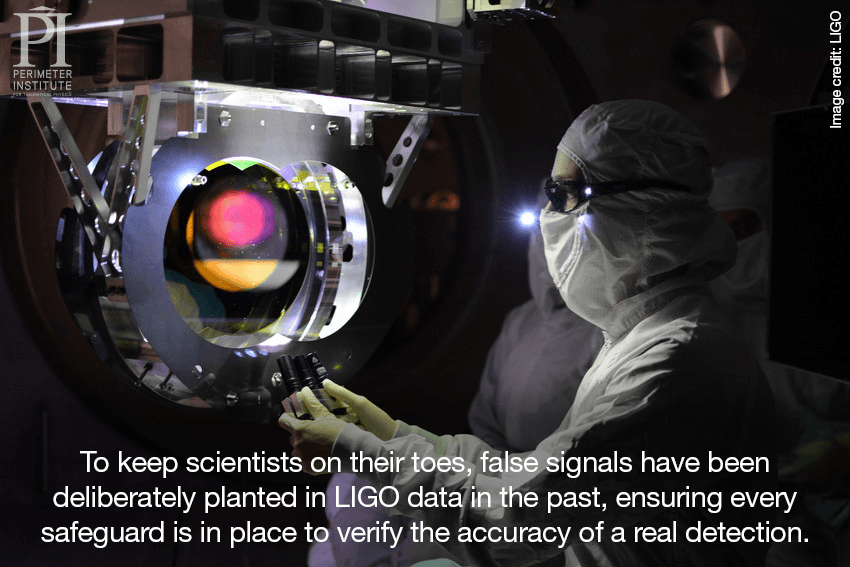 4. If we can’t see or feel them, how did humans figure out that gravitational waves might exist at all?

The whole idea of gravitational waves comes from Albert Einstein’s theory of general relativity. It took nearly a century before our technology caught up with our ambition and allowed scientists to prove the theory right.

Theory is crucial to working out what to look for, and how to look for it. Gravitational waves aren’t visible – they are more like soundwaves – and they could easily be lost amid the surrounding noise of the universe.

Working out what to listen for, and how to extract the signal from all the other data picked up by the detectors, is largely a job for theorists.

Once the data is collected, theorists are then deeply involved in analyzing the resulting mountain of information. 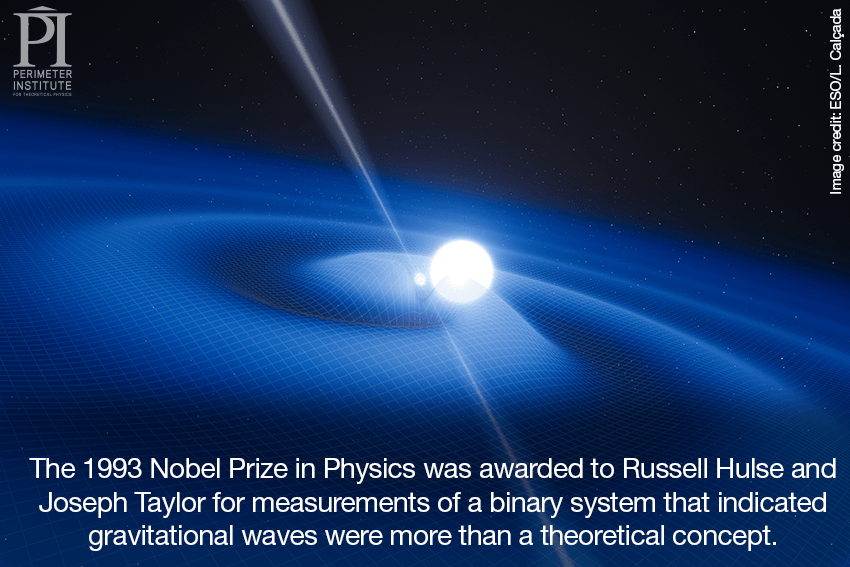 5. What does this discovery mean for science?

Current knowledge and research is based on observations gathered through electromagnetic radiation and radio waves. Being able to detect and analyze gravitational waves provides a new lens through which to analyze the universe.

Experiments on the drawing board include: 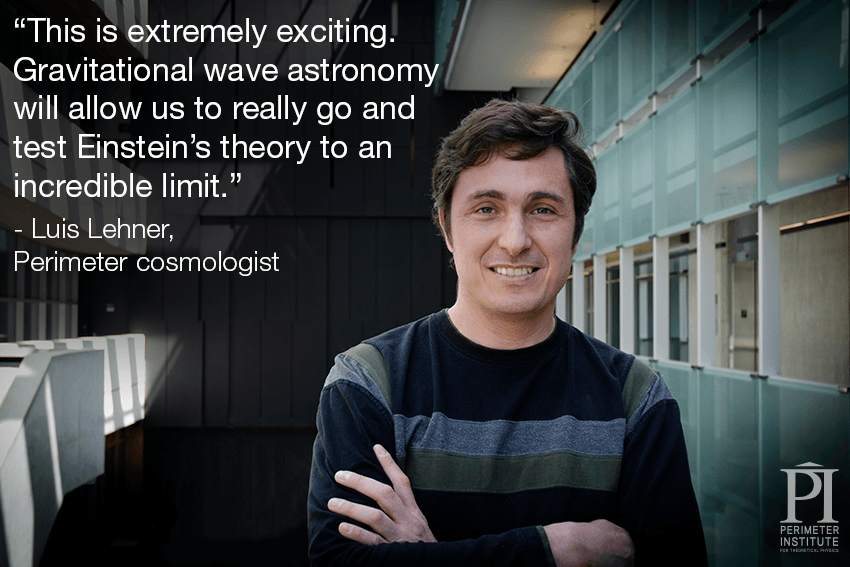 6. What does this mean for cosmology, and humanity?

The detection of gravitational waves answers one big question, and provides science with a new tool to potentially answer many, many more. One of the most exciting prospects for scientists is finally being able to probe the dark universe: objects and forces that don’t emit or reflect light, and which make up the bulk of the universe.

“When we get this new window on the universe, history and experience has shown us that we find something totally different, totally unexpected,” says Broderick. “I would be shocked if we don’t see the gravitational wave universe as totally different.” 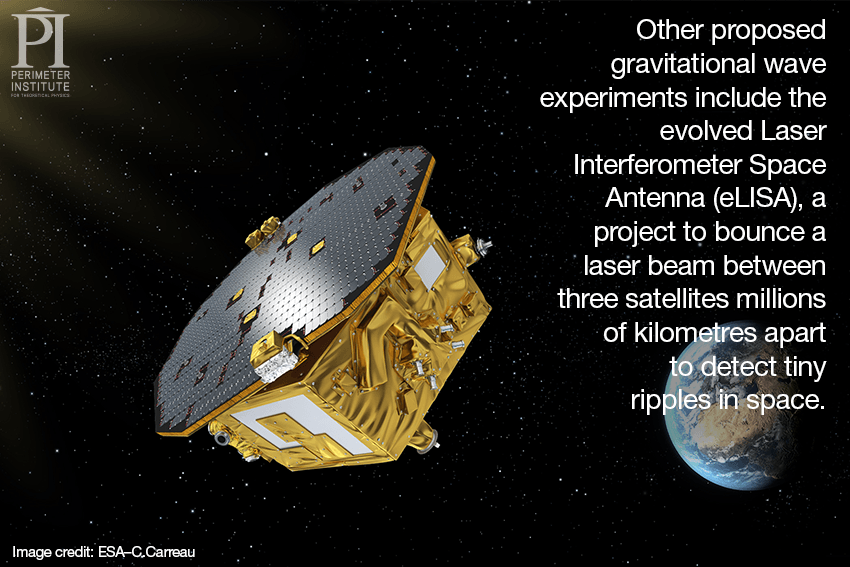