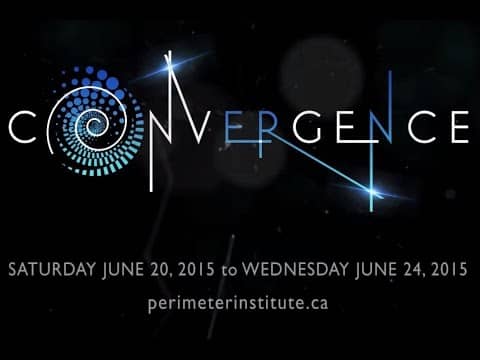 Few mysteries are bigger than the nature of the universe. The base facts are clear – the universe exists, and it is governed by rules we generally understand – but the deeper ‘how’ and ‘why’ remain tantalizingly out of reach.

Unlike in a cinema, where the audience sits in a darkened room waiting for the next clue to be disclosed, the people glued to this mystery must discover, then decipher, the clues themselves.

Still, when you’re focused on the intrigue, it can be easy to forget there is someone sitting in the next row.

For five days in June, Perimeter Institute hit pause and threw up the house lights to hold Convergence, a gathering of 240 theorists, experimentalists, and alumni from 17 countries.

Part conference, part reunion, Convergence dismantled disciplinary and generational boundaries in a bid to uncover, and potentially solve, shared puzzles. “These are amazing times for physics,” said Perimeter Director Neil Turok as he opened the conference on June 22.

Physics, he said, faces a remarkable simplicity in the laws that seem to govern the universe at its small and large extremes, with a lot of interesting complexity in the middle. But it has been incredibly difficult to find cracks in those laws, the weak points which can be pried open to reveal new avenues of investigation and knowledge.

That might be about to change. “Many of us believe physics is poised for a new revolution.”

The interplay of theory and experiment quickly emerged as a recurring touchstone throughout the lectures, panels, roundtables, and occasionally feisty question periods.
From the hunt for gravitational waves to the use of ultra-cold atomic clocks as a test-bed for theoretical ideas, experiment and theory are alternately sharing the lead.

For Perimeter particle physicist Natalia Toro, whose work has helped shape the practice of experimental particle physics, the smallest scales “overwhelmingly tell us we need to be asking more questions.”

Theory and experiment are butting up against unknowns, and the path forward demands a new approach. “Exploratory experiments that are practical and relevant are much harder to come by now,” Toro said. “This is where theory and experiment working together form a formidable team.”

As the conference progressed, scientists grew more willing to speculate and make predictions about the future of physics. Immanuel Bloch, scientific director of the Max Planck Institute for Quantum Optics, and Savas Dimopoulos, a Stanford University particle physicist who is also a Distinguished Visiting Research Chair at Perimeter, both predicted a big future in small experiments which can be more quickly and readily tied to theory.

For Bloch, whose work with ultra-cold atoms is revealing unprecedented glimpses into the quantum realm, the excitement lies in many fields coming together. Small-scale experiments have the advantage of being nimble and flexible, allowing researchers to change the initial conditions without the constraints of observation.

“I think people should be more open to those experiments. They’re having a hard time getting seen and getting funded.”

With lectures deliberately aimed at a general physics audience, there was a sustained air of discovery as experts in one field were introduced to the latest ideas and challenges in many others, from the hunt for exoplanets and gravitational waves to the potential parallels between strange metals and black holes.

In this environment, “I don’t know” was not just an acceptable answer. It was the most exciting answer. “That’s how new ideas can germinate across fields,” said Nergis Mavalvala, an astrophysics professor at MIT. “Maybe we can talk about how something manifests in their experiments, versus in mine, and maybe there’ll be some common ground.”

Convergence didn’t reveal the nature of the universe, but it never intended to. Instead, it pulled back the curtain to reveal a bigger picture, and offered some promising avenues of joint exploration in the theatre of ideas. 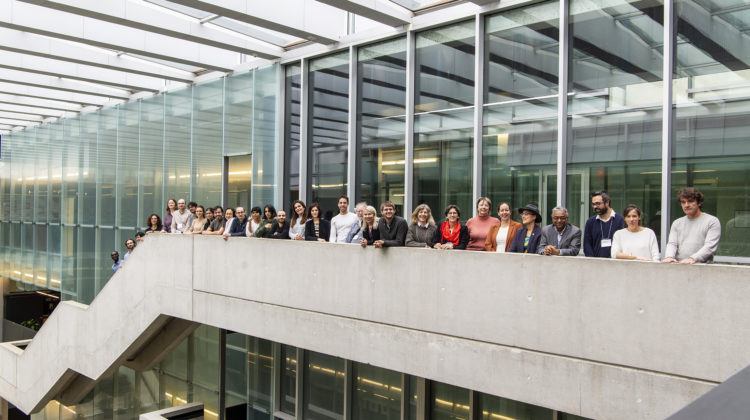