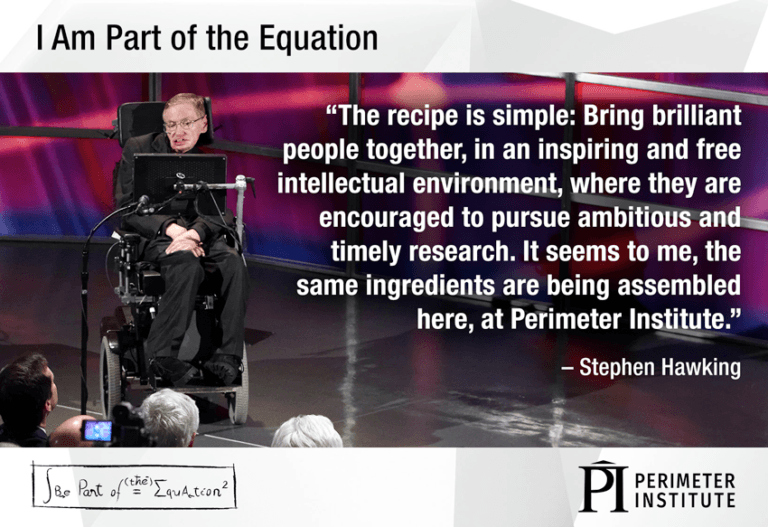 Great science belongs to everyone.

Science is humanity’s most powerful tool to understand the universe we inhabit and to improve our lives. The language of science (mathematics) is the only truly universal language.

So everyone — students, teachers, researchers, science enthusiasts, political and social leaders — can and should participate in the process of science.

Below, some members of the Perimeter community explain why they are part of the equation. 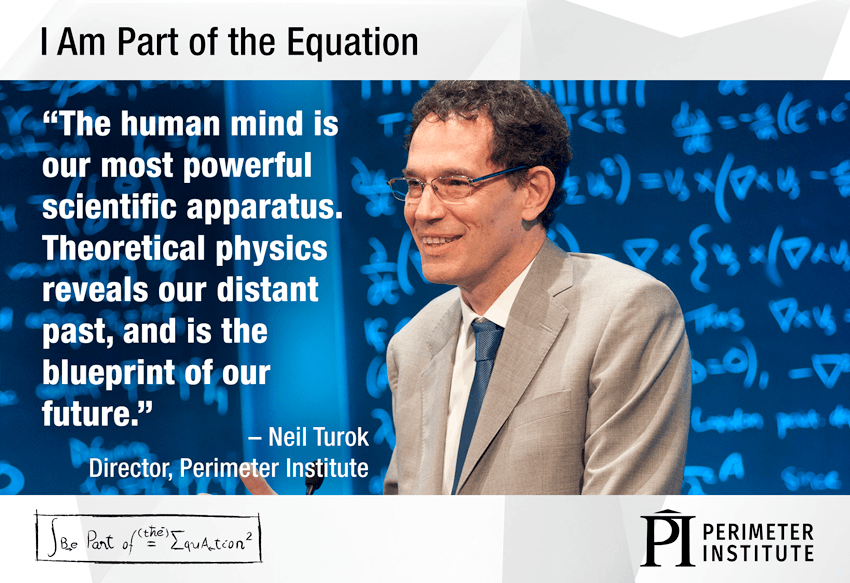 Watch Neil Turok’s public lecture “The Astonishing Simplicity of Everything.” 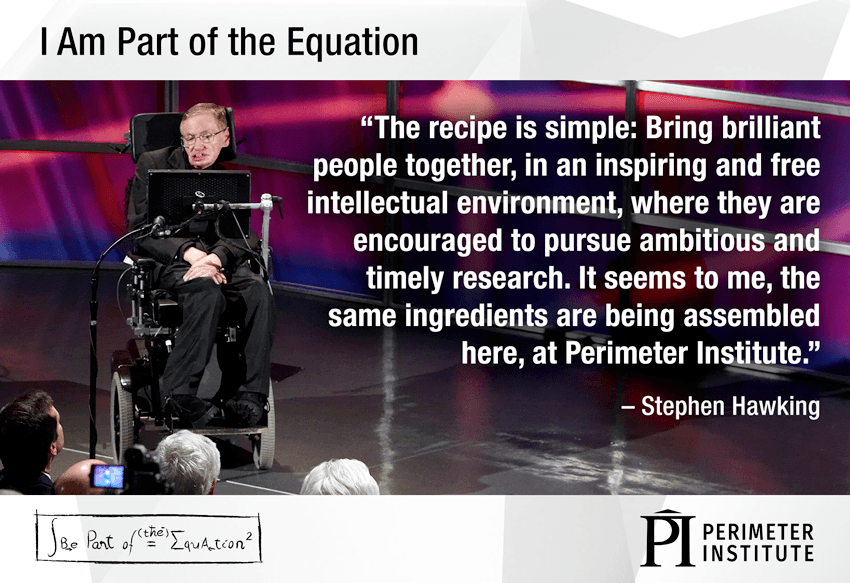 Watch the mini-documentary “Hawking at the Perimeter.” 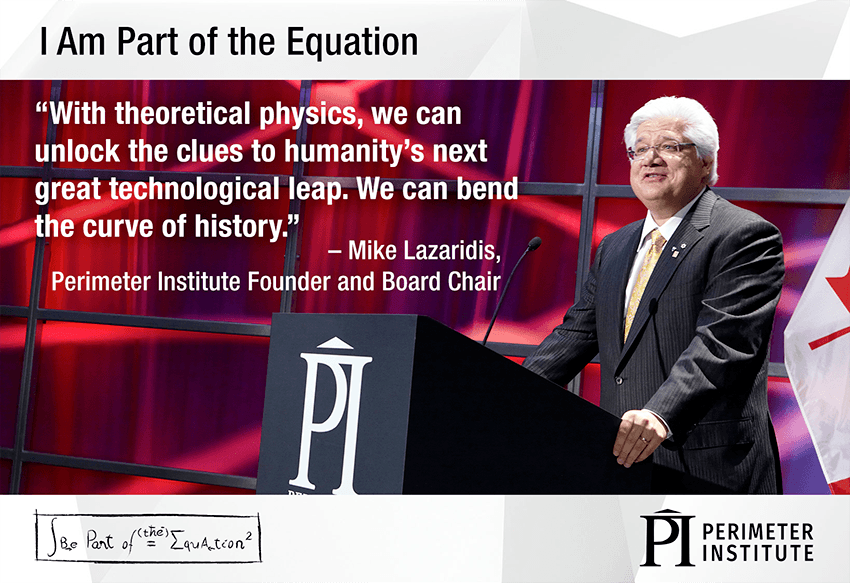 Read more about Mike Lazaridis and his founding philanthropy in launching Perimeter Institute, the Institute for Quantum Computing at the University of Waterloo, and Quantum Valley Investments. 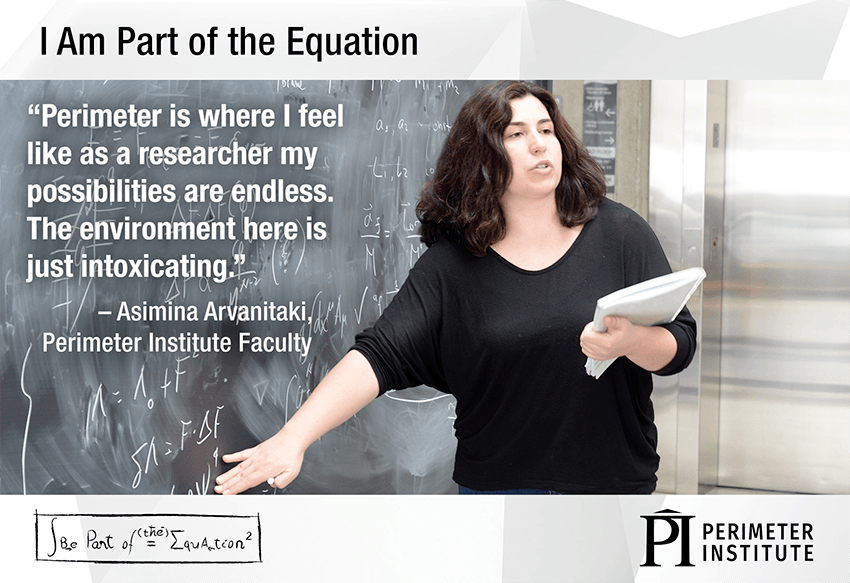 Learn more about Asimina Arvanitaki with this video about her life and work. 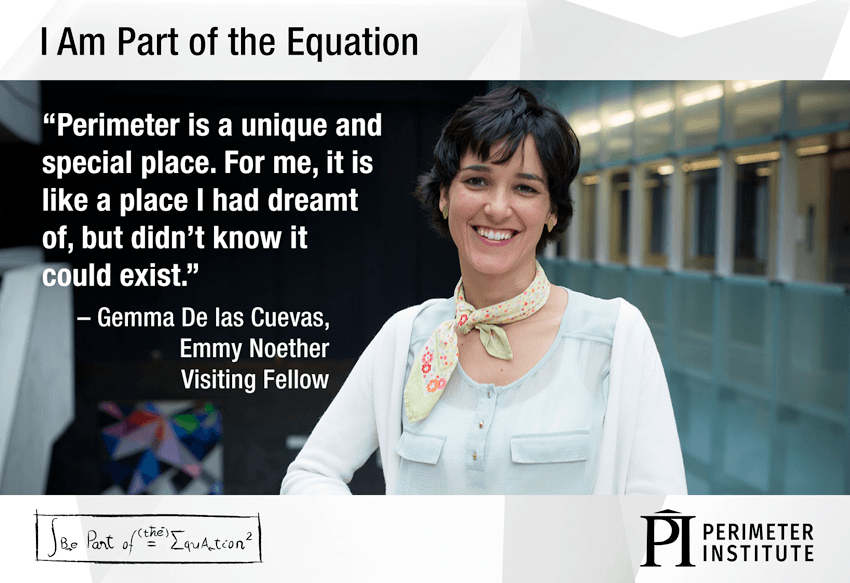 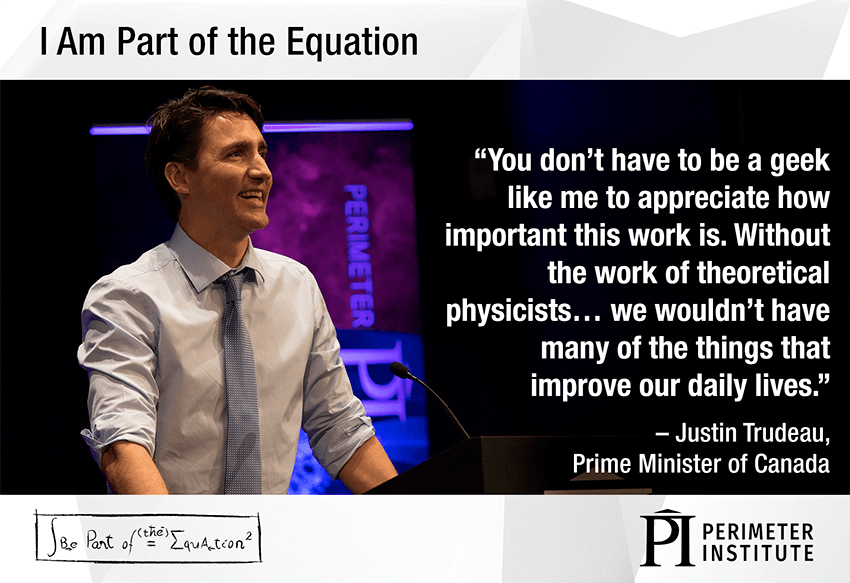 Find out more about Canadian Prime Minister Justin Trudeau’s support of Perimeter (and watch the viral video of him explaining quantum computing). 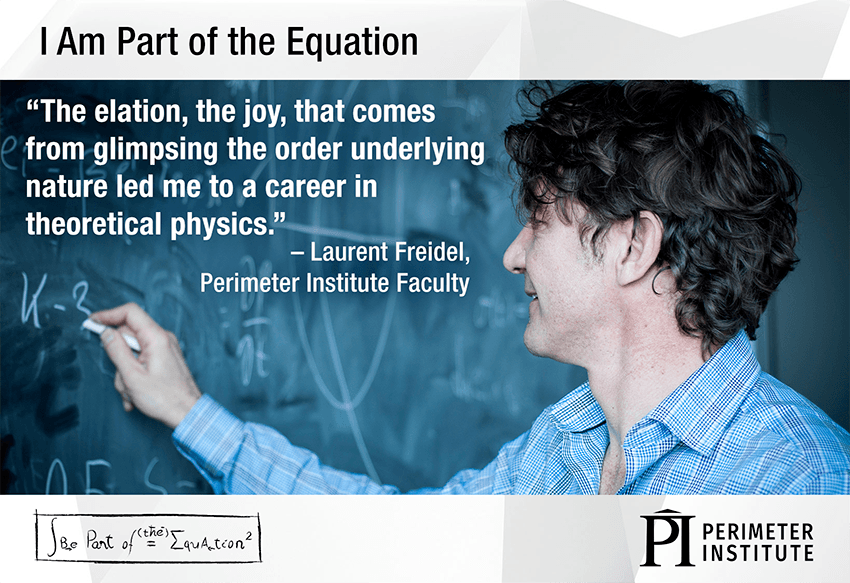 Read about research by Laurent Freidel that re-examines the very notion of space (and watch him be transformed by an artist into a “living chalkboard”). 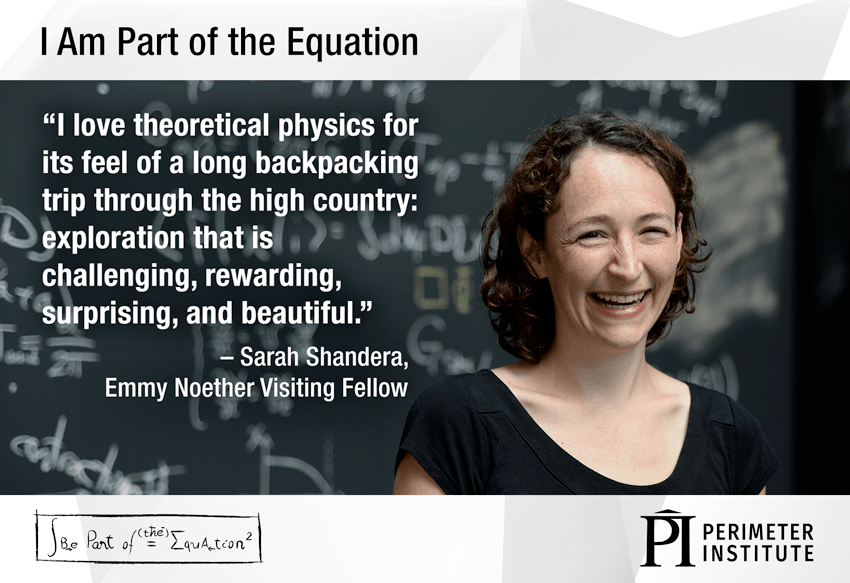 Read an article about Sarah Shandera’s life, research, and experiences as an Emmy Noether Visiting Fellow at Perimeter. 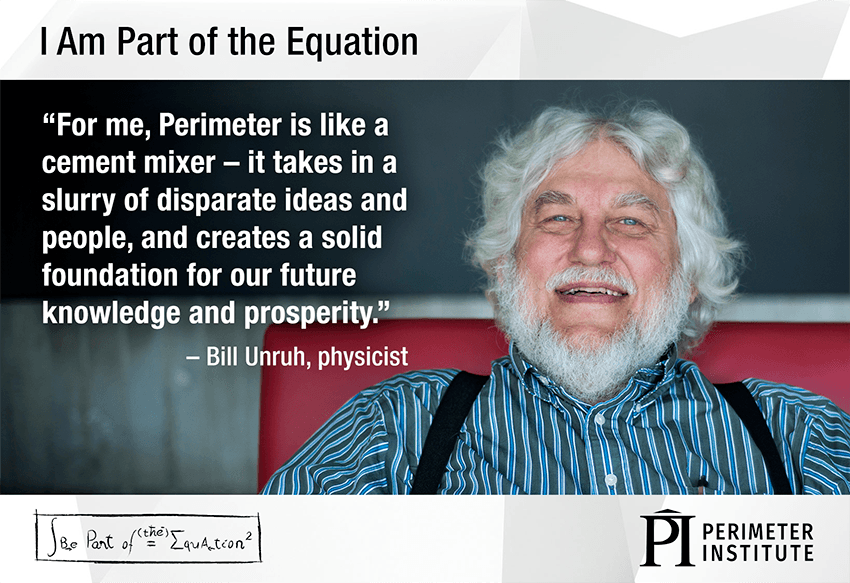 There are plenty of ways you can be part of the equation with Perimeter.

Enjoy an arts-and-crafts project for times of physical distancing — and a chance to meet some unsung scientific pioneers you should know.