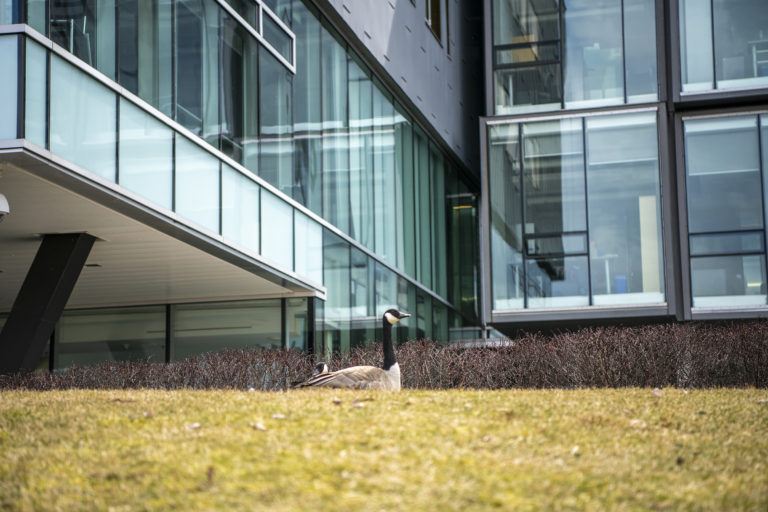 As spring arrives in Canada, there are new signs of life at Perimeter. At “Gravitational Waves Beyond the Boxes,” for example, researchers gathered for the Institute’s first in-person conference in over two years.

Although events have been mostly virtual throughout the pandemic, Perimeter has still been abuzz with activity. Read on for more of the latest, including a winter retreat for master’s students and secrets to be found in quantum simulations.

1. The stories of women in science

Have you ever wondered “What’s it like to be a woman in physics?” In this ongoing series, Perimeter students and researchers share their stories in their own words, from what inspires them to how they overcome challenges. 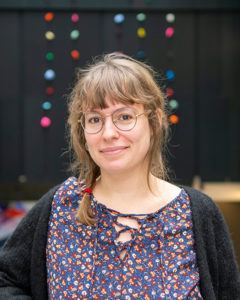 “Understanding the universe is still what drives me every day.”
– Céline Zwikel, Jocelyn Bell Burnell Fellow

When Harvard astronomer Edward Pickering needed help analyzing data about the stars, he hired his housekeeper, Williamina Fleming, the first of about 40 women who came to be known as the “Harvard Computers.” Check out the fascinating story of the pioneering women of stellar astronomy.

And in an interview with “Women of Influence,” Sherry Shannon-Vanstone, Co-Chair of Perimeter’s Emmy Noether Council, talks about leading during a pandemic and how to support the next generation of girls and women in STEM.

2. A deep dive Inside the Perimeter

Perimeter researchers looking deep into simulations of quantum computers have found something startling: a new kind of phase transition, and a new tool for exploring dynamical phases of matter. Learn more about what Roger Melko, Timothy Hsieh, Beni Yoshida, and others are finding in “Quantum circuits may hide new physics.”

Hidden variables research is deeply counterintuitive – but it may shed light on what quantum theory tells us about the world. Building on John Stewart Bell’s theorem, Perimeter research associate Elie Wolfe and his colleagues are coming up with remarkable results.

Estelle Inack, the Francis Kofi Allotey Fellow at Perimeter, has developed a neural network that can help pick the best solution when problems are complex and many solutions are possible. That’s not all: she also launched a start-up. Take a look at her work in peak optimization.

The Dark Energy Spectroscopic Instrument (DESI), an international collaboration that includes several Perimeter researchers, has broken all previous records of galaxy mapping — and it’s just getting started. Learn more about the most detailed map of the universe ever.

Associate Faculty member Theo Johnson-Freyd has been named an inaugural member of the Simons Collaboration on Global Categorial Symmetries. The collaboration brings together physicists and mathematicians from 17 institutions in seven countries, and sets them on a path toward a deeper understanding of quantum field theory.

Faculty members Luis Lehner and Will East, along with a group of postdoctoral researchers and students, are entering the LIGO-VIRGO-Kagra Scientific Collaboration. The collaboration connects three gravitational wave observatories in the U.S., Italy, and Japan, and over 1,500 scientists worldwide.

Work by Perimeter researchers has been highlighted in several recent articles by Quanta Magazine.

Recent research by Perimeter Faculty member Pedro Vieira, along with colleagues Andrea Guerrieri and João Penedones, produced a result that matches string theory perfectly. “We couldn’t believe it,” said Vieira. “In a Numerical Coincidence, Some See Evidence for String Theory” takes a look at the exciting research developments of bootstrap principles.

5. Alumni of PI make their marks

Former Emmy Noether Fellow and current Visiting Fellow Claudia de Rham of Imperial College London is working on a book titled The Beauty of Falling. The book will be an exploration of gravity interweaved with her own scientific journey, and is set to be published next year by Princeton University Press.

Eric Huang, a graduate of Perimeter Scholars International (2021), has been named a Fulbright Scholar. Huang has worked as an engineer and data scientist, and is pursuing a PhD at the University of Maryland.

Former postdoc Sarah Shandera has been appointed as Director of the Institute for Gravitation and the Cosmos as Penn State. Shandera joined Penn State as an assistant professor in 2011 and was promoted to associate professor in 2018.

Steven Kerr, senior research fellow at the Centre for Medical Informatics at the University of Edinburgh and a former Perimeter postdoc, spoke with PLOS about his career in medical research, including a recent study on a COVID vaccine.

Perimeter postdoc Aleksander Kubica, now a researcher at AWS, defended his quantum chess champion title, becoming the first two-time winner. In a game that involves multiple boards and pieces that can be entangled with each other, Kubica faced off against Seneca Meeks from Google Quantum AI in the final.

“With this investment, the province will be in a better position to attract, develop, and retain talented researchers so we can continue making major advances and solving the complex problems facing us today, right here in Ontario,” Dunlop said.

The Government of Canada also recently extended its investment in Perimeter. And a multi-year evaluation by Canada’s Ministry of Innovation, Science, and Economic Development found that “PI is unique in Canada, and internationally, in its size and independent nature as a not-for-profit institute unaffiliated with a university, as well as in its breadth of research, particularly in its quantum areas.”

7. Training the next generation of brilliant scientists

Perimeter is offering positions for postdocs and graduate students affected by the war in Ukraine. Applications are due on April 16 and open to people of any citizenship who cannot start or continue their planned course of study or research due to the war in Ukraine. See more details about eligibility and programs.

After a pandemic hiatus, the Perimeter Scholars International Winter School saw students dashing through the snow in beautiful St. Jacobs – and tackling thorny theories that fall outside their usual area of interest.

8. Fun stuff and gems from the archive 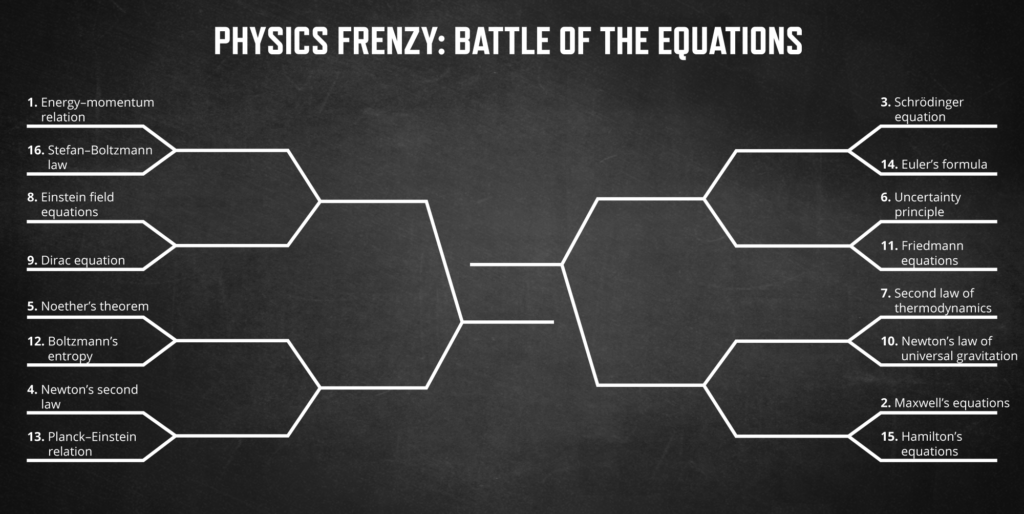 Einstein vs. Dirac. Noether vs. Boltzmann. In a series of buzzer beaters and bracket busters, physics fans helped us crown the all-time greatest physics equation in a March Madness-style tournament. Who wrote the greatest equation of them all? Check out Physics Frenzy: Battle of the Equations for the final result, which came after more than 18,000 votes were cast.

Did you know that some furry friends helped inspire some of those iconic equations? Check out this gem from the archive: Great physicists and the pets who inspired them.