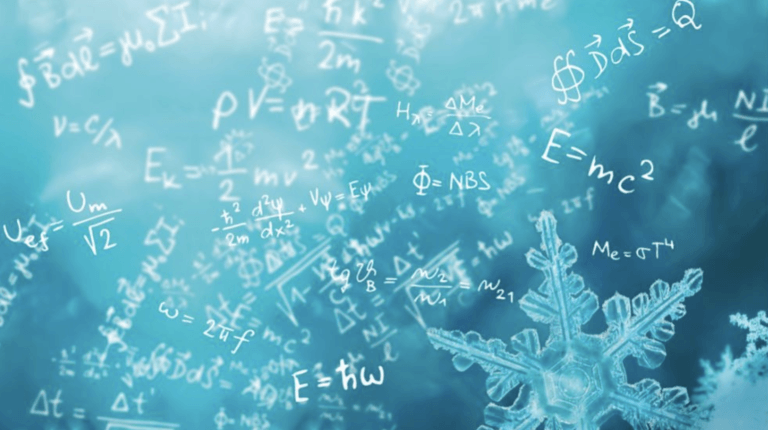 In Waterloo, there’s a chill in the air and snow on the ground. The days are getting shorter, and the pandemic continues. But so, too, do all of Perimeter’s research, training, and outreach activities. Here are a few highlights:

In October, Perimeter launched the new Clay Riddell Centre for Quantum Matter, supported by a $10 million investment from the Riddell Family Charitable Foundation. The Centre will support more than two dozen researchers and students, whose insights into exotic quantum phenomena will help usher in a new world of materials science.

“The visionary investment by the Riddell family will catalyze discoveries that will be critical to the second quantum revolution. Clay Riddell honoured us with his confidence in our mission, and his confidence in what Perimeter has the potential to do,” says Mike Lazaridis, Perimeter’s Founder and Board Chair. Find out why Perimeter is the right place, at the right time, for this visionary research:

University of Toronto math student Kodiak Jackson will be brushing up on quantum computing with the help of Perimeter Associate Faculty member Roger Melko in a pilot project that matches Indigenous youth with tech mentors. The initiative is a partnership between Communitech and Anishnabeg Outreach Employment and Training. Learn more in this CTV story. Melko is the leader of the Perimeter Institute Quantum Intelligence Lab (PIQuIL) located at Communitech’s Data Hub in Waterloo.

Several researchers at Perimeter are leveraging their skills in mathematics, modelling, and software to assist health researchers as they work to understand, track, and combat the spread of COVID-19. Read this roundup of a few of the projects they’re involved in, and learn more in this CTV story. For a deeper look, find out how Neil Turok and a team of researchers in Rwanda have created a new method of batch testing that’s already being used in trials at Rwanda’s international airport. “Imagine clearing every arriving plane in a small number of tests. It’s a tremendous public health advantage,” Turok says.

Speaking of physics and health science, in a recent Perimeter Public Lecture, physicist Catherine Beauchemin used contemporary examples from COVID-19 and influenza to explain eroding public trust in health research, and how physics can help. Watch “A Physicist’s Adventures in Virology,” and sign up to be notified of future public lectures.

What do data science and the foundations of quantum theory have to do with one another? A great deal, it turns out. Perimeter researchers Robert Spekkens and Elie Wolfe have done pioneering work studying relations of cause and effect through a quantum foundational lens, and can be counted among a small number of physicists worldwide with expertise in the field of causal inference. Watch their October talk, “The Quantum Physicist as Causal Detective.”

Public Lectures are livestreamed on Inside the Perimeter and through TVO, and are available on our YouTube channel within 24 hours. The next one, an exploration of “The Fascinating, Weird World of Quantum Matter” with Argentine quantum condensed matter expert Karen Hallberg, takes place on December 2.

5. People of PI: An award-winning teacher and a PhD student who’s taking a leap

Ryan Beck, director of Perimeter’s Teacher Network in Alberta, started this school year with a double shock: “I found out I’d been named physics teacher of the year the same day I found out I had terminal cancer.” Read about this teacher’s passion for his work, and the hands-on learning experiences he creates for his students.

For the past eight months, Florian Hopfmueller has been in a superposition, existing both as a PhD student at Perimeter Institute and as a reinforcement learning scientist at 1QBit, a quantum computing start-up. Read about his leap from academia to industry.

Alex Krolewski is one of four outstanding researchers to receive an inaugural AMTD Waterloo Global Talent Fellowship at the University of Waterloo. Krolewski, whose research focuses on the cause of the accelerated expansion of the universe, will work in collaboration with Perimeter Associate Faculty member and UW professor Will Percival, and will spend time at both the Waterloo Centre for Astrophysics and Perimeter. Learn more about the four AMTD fellowship recipients here.

In April, a team of CHIME researchers discovered a fast radio burst (FRB) source in our own galaxy – all others that have been observed originate in far more distant regions of the universe. In one of several FRB-related studies published this month in Nature, they report that the intensity of this radio burst was 3,000 times greater than that of any previously measured FRB, and that it appeared to originate from a type of celestial object known as a magnetar. Learn more about what the new data reveals.

In light of the new FRB discoveries, NASA released the above video explaining why magnetars make such good candidates to be the source of FRBs. (Credit: NASA’s Goddard Space Flight Center/Chris Smith (USRA))

8. Congratulations to the Nobel Prize in Physics winners

This year’s Nobel Prize in Physics has been awarded to Roger Penrose, Reinhard Genzel, and Andrea Ghez. Genzel and Ghez were honoured for their discovery of a supermassive black hole at the centre of our galaxy. Penrose won for his Singularity Theorem for Einstein’s Theory of General Relativity, which demonstrated that black holes were a common and almost inevitable feature of the physical universe. Penrose was a founding member of Perimeter’s Scientific Advisory Committee.

During his most recent visit to Perimeter in April 2019, Roger Penrose graciously sat down to answer questions about his legendary career, what keeps him up at night, and his advice to young people who are interested in physics.

Two Queen’s University researchers with Perimeter ties have published a paper in Physical Review Letters interpreting an unexplained signal in one of the world’s most sensitive dark matter detectors.

Learn more about “The Quantum Revolution” in a lecture by Shohini Ghose – professor of physics and computer science at Wilfrid Laurier University, NSERC Chair for Women in Science and Engineering, and Director of the Centre for Women in Science – where she shares the latest advances and her own journey in quantum science.