Pioneering astrophysicist Jocelyn Bell Burnell isn’t one to stand back from a challenge, whether it involves analyzing data, tackling sexism, or leading change within science itself.

Jocelyn Bell Burnell has an unusually acute talent for noticing the unnoticed. When she was a young child, her family took in refugees from Hitler’s Europe. There would be four or five of them at a time, learning English and helping out on the family farm in Lurgan, Northern Ireland.

The refugees would come and go, their lives rendered flotsam in a world riven by war. But while they might have felt like forgotten people, the small girl in their midst noticed them, and remembered.

By 1967, that girl had become a graduate student in Cambridge, studying her beloved radio astronomy. After spending two years helping build a radio telescope, it was her job to pore over kilometres of paper charts it generated, looking for evidence of quasi-stellar objects, or “quasars.”

One day, she noticed something on the readout: a bit of “scruff” where one of the lines on the chart briefly jumped. It wasn’t the right readout to be evidence of a quasar, so she moved on. Further along the chart, the line bumped up again. Something in her mind clicked. “I’ve seen this before,” she remembers thinking. She went back along the chart, found that first bit of “scruff,” and compared them. They were the same.

Bell Burnell had just uncovered the first evidence of pulsars, rotating neutron stars that emit a beam of radio waves that sweep through space, rather like how a light house beam sweeps through the sky.

She would go on to find the first four pulsars and to publish the first evidence of them as an appendix on her PhD thesis. (Her supervisor told her it was too late to switch the topic of her thesis from quasars to pulsars. “It’s probably the most read appendix of anybody’s thesis,” she quips. That supervisor would, controversially, go on to share the 1974 Nobel Prize for his “decisive role” in the discovery of pulsars.)

But what should have been the launch of her career in radio astronomy actually turned out to be its end, because she had an engagement ring on her finger.

With a Cambridge PhD in hand and the discovery of pulsars to her credit, she wrote “begging letters” to observatories and universities, seeking whatever job she could find in whatever town her husband was working. “I didn’t find it acceptable, to be honest,” she says during a recent visit to Perimeter to deliver a public lecture. “It was pretty galling.”

When they had a son, she hit yet another wall. “The attitude in Britain then was that – indeed, it was ‘proven’ apparently – that if mothers worked, the children were delinquent.” That meant that there were no childcare facilities, because that was seen to encourage mothers to work. “It was extremely difficult,” she adds.

Away from extended family and having no societal supports, solutions were usually an improvised mix of part-time work and ad-hoc child minding from people in whatever area they were living in. And so it went for 18 years.

“I was pro-active as far as I could be. I would get some fairly lowly job in a place near where my husband worked, and I would work at that as well and as intelligently as I could, and would work my way up the hierarchy.” And then they’d move. “Do you have a game of snakes and ladders here? You climb a ladder, slide down a snake, climb a ladder…”

Some unexpected benefits emerged from this patchwork of a career. Bell Burnell discovered early on that she was good at managing groups of people. She worked in public relations, as an international liaison, in the tech department of a research project, and teaching undergraduates. And she ended up working in almost every wavelength in astronomy.

“Each time we moved, I had to learn a new kind of astronomy, which in one sense is grossly inefficient, but also extremely interesting and gives you a great breadth of understanding,” she says, before adding with a wry smile: “Although it makes you far too useful on committees assessing proposals.”

All along, the radio astronomy community kept her in the loop on her true love: pulsars.

Now in retirement from active research, and also now a Dame Commander of the Order of the British Empire, Bell Burnell remains closely tied to both the latest research and to the need to keep advocating for diversity in science through programs like Athena SWAN, a gender-equality charter for UK universities that she helped start in 2005.

She keeps a close watch on science and society, engaging both with her trademark humour, keen-eyed precision, and “pig-headed” determination to call out inequality when and where she sees it.

While she never spoke against the Nobel going to her supervisor – at the time, students were not included in Nobel citations; that changed after the public uproar over Bell Burnell’s exclusion – the eminent physicist refuses to stay quiet about the structural issues that continue to prevent people from reaching their full potential.

“There aren’t many people who have been through what I have been but are in a secure enough position that they can talk about some of these issues,” she says. “I think people need to know.”

It’s not just talk, either. This year, Bell Burnell received science’s richest award, the Special Breakthrough Prize in Fundamental Physics. Almost immediately, she announced that she would donate the $3 million US cash prize to support research scholarships administered by the UK’s Institute of Physics, to be given to under-represented groups.

That will include women, but it will also include ethnic, racial, and socio-economic minorities. “I hope also some refugees,” she adds. “One of the things that really struck me is that some of the first refugees out of Syria were people like pediatricians: very, very highly qualified people.

As Bell Burnell knows all too well, something easily overlooked can actually turn out to be truly transformational. One just needs to know how to see it. 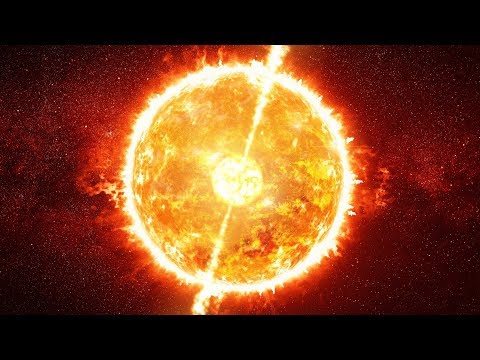 The Weirdest Stars in the Universe: Emily Levesque Public Lecture

Wednesday Mar. 7, 2018 at 7PM ET Tickets for seats in the theatre will be available on Feb. 20, 2018 at 9AM ET The live webcast will appear on this page How big can a star get? Why would a star only pretend to explode? Can you hide one star inside another? Take a tour […]