Advanced training in physics prepares students to be leaders in many fields.

What can you do with an advanced degree in theoretical physics? As it turns out, almost anything.

That’s the point of Perimeter’s annual “Career Trajectories Day” conference, which encourages graduate students and postdoctoral fellows to consider career paths beyond academic research, and to think deeply about the best ways in which they can make contributions to the world.

This year’s conference, held on June 4 at Perimeter, attracted 120 attendees from Perimeter and eight other nearby universities and institutions. The centerpiece of the day was a two-hour networking session, at which representatives from industry were eager to talk up their companies to the young physicists who were equally eager to learn.

The day also featured a keynote from Crystal Bailey, head of career programs at the American Physical Society, as well as panels on the road to industry, the road to academia, and the roads less travelled.

Physics students are better prepared for these journeys than they think, stressed panelist Natacha Altamirano. Altamirano, a Perimeter alum who earned a masters’ and PhD in cosmology is now a data scientist working in venture capital. “Physics students are sitting on a gold mine, and some of them don’t know it,” she says. “We have the skills to solve big problems. We can break a problem into chunks and actually deliver things. This is rare.”

So where do physicists end up? Many do indeed go into academia, of course. But as Bailey points out, most will take a different path.

Some of those paths are obvious. “Machine learning is huge,” says Bailey. “Data science is huge. Quantum computing is going to be the next big thing. It’s an emerging field – just being created – and physicists are uniquely positioned to do well in this field. We absolutely need physicists in quantum computing. This is something that engineers can’t do.”

But not all of them are as easy to spot.

The broad appeal of physics

Industry representatives attending the networking event echoed Bailey’s themes. Dror Hermel, who runs the Analytics Academy at insurance and financial giant SunLife, says he’s always looking for physicists to join the team. “Physicists take data and turn it into information,” he says. That is a rare skill and, in an increasingly data-driven world, a valuable one.

For example, with a million merchants using the Shopify platform to turn their websites into storefronts, local software company Shopify needs 30 to 50 data scientists in its intern program every year.   Physicists are a favourite catch. “Research physicists deal with a lot of data,” says Sacha Adkins, who recruits those interns. “They’re resourceful. They know how to utilize [data], how to clean it up. They don’t just use tools, they ask what tools we should be building.”

Phil Kaye is the Program Director, Corporate Affairs, at D-Wave Systems, a quantum computing company. He is after a different but still specific set of skills. “In the last few years, there has been an explosion of quantum technologies in the commercial sectors,” he says. “It’s growing fast.”

D-Wave has clients solving problems in finance, advanced manufacturing, precision medicine, drug discovery – the list goes on. Kaye says they are building a next-generation quantum computer now. “We need people who understand superconductivity, who understand information theory, who understand the mathematics.” D-Wave, which is based in Vancouver, came to Career Trajectories hoping both to tap into the talent pool and connect with the growing ecosystem of quantum industries in Waterloo.  “Waterloo is a natural place to do more,” he says.

Machine learning is often a good fit for physicists, as was perhaps evidenced by the crowd around the Google machine learning and AI researchers. Alexander Radovic, a former particle physicist who now works as a machine learning researcher at Borealis AI, puts it this way: “Physics doesn’t have a monopoly on hard, unsolved problems, but it does routinely produce people ready to tackle them. The world needs physicists.”

Conference attendees also heard from physicists who did not follow the well-marked paths into industry, but charted their own course. The “road less travelled” panel included a PhD astrophysicist-turned-science-writer; a quantum many-body physics PhD who became a member of Parliament; and several people who use their physics degrees to understand and develop public policy or advocate for social change.

After all, if there’s one thing that gaining an advanced degree in physics proves, it’s that you can pick up new skills and tackle new problems. That is a highly transferable skill.

Margaret Fraser, a technical marketing specialist at OpenText, spoke of her first job out of academia, which was with the railroad giant CP Rail. “They said: ‘Nobody knows our systems: they’re proprietary. Everyone who comes here has to learn them. We like to hire physicists because we know they can learn.’”

Even the “road to academia” panel stressed the great variety of paths a physicist can take. Chris Herdman of Middlebury College talked about a career driven by a passion for teaching undergraduates. Alexandra Terrana of Minerva spoke about pioneering a new kind of distributed, global education.

Rowan Thomson, who did a string theory PhD at Perimeter, talked about her journey to becoming a physics professor, not in string theory, but in computational radiotherapy physics. “Research is research,” she says. “Making the transition from one field of research to another isn’t too hard – it’s like changing time zones. But having physicians as co-authors, knowing that they will be treating real patients based on your results – that’s both humbling and exhilarating, and that doesn’t wear off. I’m happy.”

Alongside workshops on networking, advice on crafting resumes and research statements, and lessons on the do’s and don’ts of interviewing, the young physicists at the Career Trajectories conference absorbed a sense of optimism.

“Think about the problems that physicists could solve in the world if more physicists were entrepreneurs and innovators,” said the APS’s Bailey. “Anyone in this room could go out and change the world.” 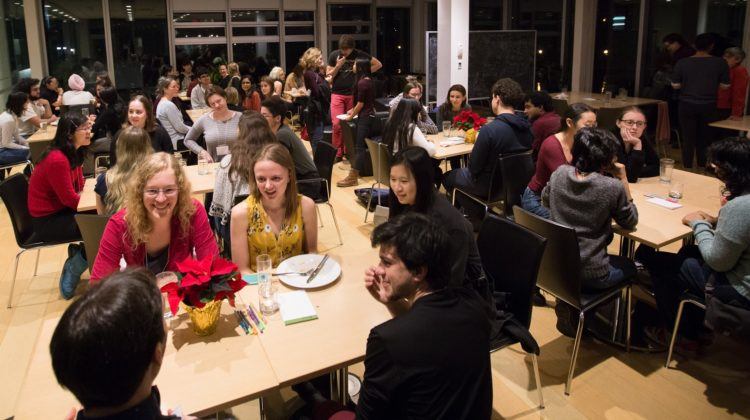 Mentors urge students to be open to possibility

At FemPhys mentoring night, the focus is on practical issues and big potential, whether or not students stick with academia. 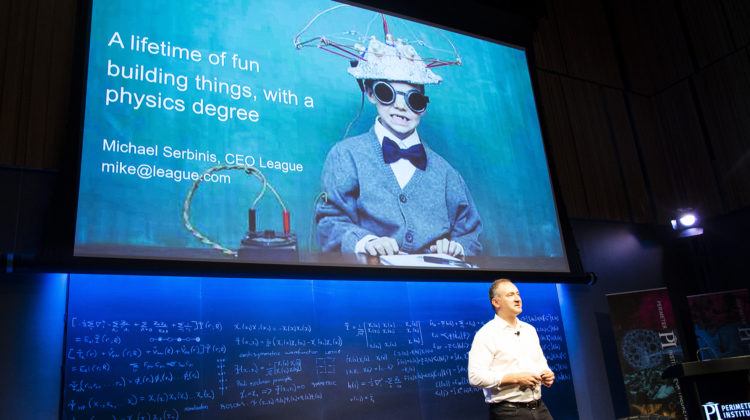 Physics: What is it good for? Quite a lot, actually

Students and researchers learned about the myriad opportunities that exist for physicists outside academia at Perimeter’s first Career Trajectories Day. 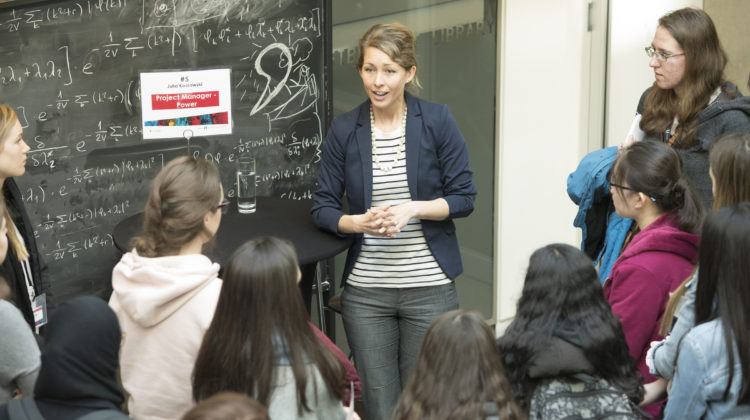 Young women encouraged to follow curiosity to success in STEM

Curiosity, ambition, and a willingness to embrace uncertainty are rewarded in STEM careers, speakers tell teens at Inspiring Future Women in Science day.