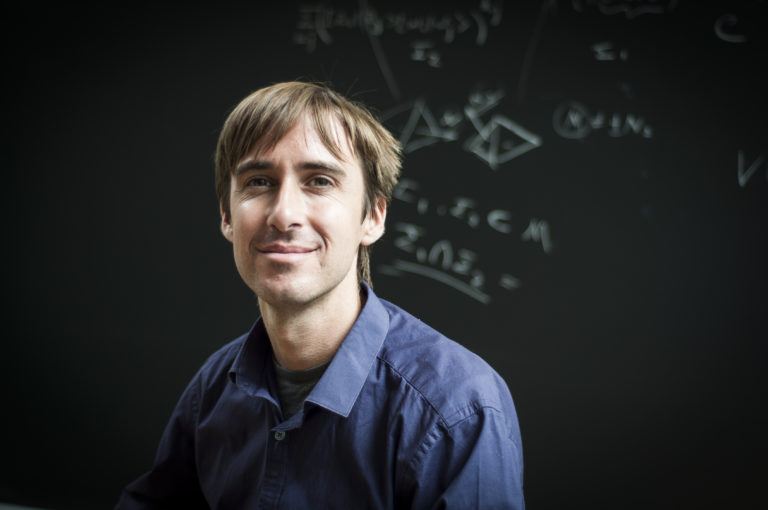 Kevin Costello was 10 years old when he happened upon his father’s collection of Scientific American magazines. He didn’t understand much of what he found in those pages, but he was particularly captivated by the Mathematical Games column, a recurring feature penned for 24 years by Martin Gardner.

Costello’s curiosity was piqued by columns with titles like “Fun with eggs: uncooked and mathematical” and “The imaginableness of imaginary numbers.” Every time a new issue of the magazine arrived at his family home in Cork, Ireland, he dove into problems that required mathematical approaches he wouldn’t officially learn in school until years later.

“It was hard, of course,” recalls Costello, who arrived at Perimeter in 2014 as the Krembil Foundation William Rowan Hamilton Chair in Theoretical Physics.

“I remember one was about how to program a Mandelbrot set [a mathematical example of a complex structure arising from the application of simple rules]. And I’d try to do this on my home computer. I’m not saying I totally understood it, but it was really interesting to me.”

Historically, it would have been impossible to distinguish between theoretical physics and pure mathematics. But in the 20th century, quantum theory was developed almost simultaneously with a variety of mathematical fields, including linear algebra, the spectral theory of operators, and functional analysis.

As such, mathematical physics has become an area of increased interest at Perimeter Institute, and Costello was among the first faculty members recruited with this area of research focus. Immersing himself in the Perimeter environment – talking and collaborating with string theorists, cosmologists, particle physicists, and others – sparks his curiosity in a way reminiscent of those Scientific American puzzles, he says.

That kind of free collaboration, he says, is what most attracted him to Perimeter: it’s a place where he can contribute mathematical insights to a variety of questions being tackled at the Institute. “Mathematics is a community effort,” he says, “and there’s a whole mathematical culture, with each of us contributing to it.”

Costello’s research interests are wide-ranging, and his recent work probes the question of supergravity, a branch of field theory that combines the principles of supersymmetry and general relativity. It is, he says, “a beautiful idea that is a very fun thing to try to understand.”

That sense of fun in mathematical problem-solving still motivates Costello, decades after immersing himself in those Scientific American puzzles. It’s a joy he thinks is all-too-often missed by students who struggle to learn mathematics principles by rote – who haven’t yet experienced the satisfaction of reaching the solution of a difficult problem.

It’s that feeling, he says, that makes him excited to arrive at work every morning. “The beauty and joy of mathematics is what got me excited about it,” he says. “Of course, that beauty is hard to describe to an outsider – someone who hasn’t experienced it for themselves. It isn’t a spectator sport; you really have to spend some time doing it yourself to see its beauty.”