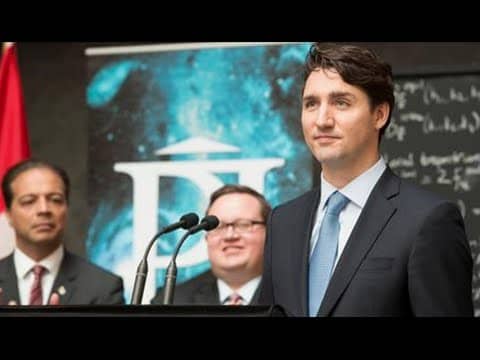 Prime Minister Justin Trudeau says the work being done at Perimeter and in Canada’s “Quantum Valley” is vital to the future of the country and the world. The Prime Minister visited Perimeter Institute on April 15, 2016, to officially announce the federal government’s commitment to support fundamental scientific research at Perimeter. More: http://perimeterinstitute.ca/node/99616