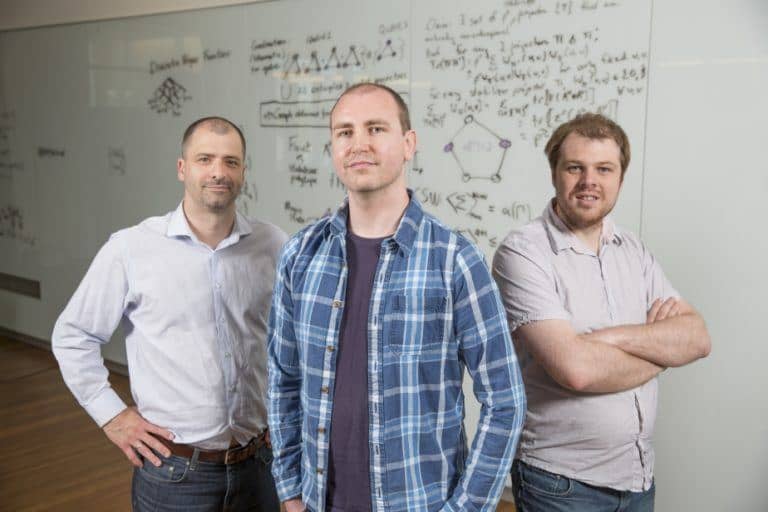 A unique form of quantum “weirdness” is a key ingredient for building a quantum computer, according to a newly published paper in Nature.

Quantum computers, which harness the constituents and phenomena of the subatomic world to process information, promise dramatic advantages over their classical counterparts. The actual source of that increased computing power, however, has remained difficult to precisely pin down.

But a team of quantum information researchers, including Perimeter Institute Affiliate member Joseph Emerson, has shown that a phenomenon known as quantum contextuality is necessary for the “magic” behind universal quantum computation. Building on previous theoretical work by Perimeter researchers in quantum information and quantum foundations, the new research brings practical quantum technologies another step closer to reality.

“The result gives us a deeper understanding of the nature of quantum computation and clarifies the practical requirements for designing a realistic quantum computer,” said Emerson, a faculty member at the Institute for Quantum Computing (IQC) at the University of Waterloo and a fellow of the Canadian Institute for Advanced Research (CIFAR).

Contextuality is one of the counterintuitive features of quantum theory that distinguish the quantum world from the realm of our everyday experience.

In the classical world, measurements reveal existing properties, such as colour or mass, that are subject to observation or measurement.

In the quantum regime, however, a property you discover through measurement is not a property the system had prior to the measurement process. What you measure necessarily depends on how you carried out the observation – it depends on the “context” of the experiment.

That distinction, the researchers discovered, is the key to unlocking the potential power of quantum computation.

“Before these results, we didn’t necessarily know what resources were needed for a physical device to achieve the advantage of quantum information,” said lead author Mark Howard, a postdoctoral fellow at IQC. “Now we know one. As researchers work to build a universal quantum computer, understanding the minimum physical resources required is an important step to finding ways to harness the power of the quantum world.”

One of the major hurdles to harnessing the power of a universal quantum computer is finding practical ways to control fragile quantum states. In this context, Howard, Emerson, Joel Wallman (IQC) and Victor Veitch (University of Toronto) have achieved theoretical confirmation that contextuality is a necessary resource for achieving the advantages of quantum computation.

One of the reasons quantum devices are extremely difficult to build is because they must operate in an environment that is noise-resistant – shielded from the disruptions that can cause errors.

The term “magic” refers to a particular approach to building noise-resistant quantum computers known as magic-state distillation. To overcome the detrimental effects of unwanted noise, so-called “fault-tolerant” techniques are developed and employed.

Magic states are an essential (but difficult to achieve and maintain) extra ingredient that boosts the power of a quantum device to achieve the improved processing power of a quantum computer. By identifying these magic states as contextual, researchers will be able to clarify the trade-offs involved in different approaches. It might help design new algorithms that exploit the special properties of these magic states more fully.

“I expect the results will help both theorists and experimentalists find more efficient methods to overcome the limitations imposed by unavoidable sources of noise and other errors,” said Emerson.

Spekkens’ work on contextuality, for example, clarified the fundamental role that it plays as a hallmark of genuinely quantum phenomena. “It got me thinking about how it could be connected with the power of quantum computation,” Emerson said.

Subsequent work Emerson conducted in collaboration with Gottesman studied the framework for the magic-state distillation.

“In the new work, we bring these two threads together and identify contextuality as a necessary resource for achieving the power of quantum computation,” said Emerson.

To better understand contextuality, imagine turning over a playing card. It will be either a red suit or a black suit – a two-outcome measurement.

Now imagine nine playing cards laid out in a grid with three rows and three columns. Quantum mechanics predicts something that seems contradictory – there must be an even number of red cards in every row and an odd number of red cards in every column. Try to draw a grid that obeys these rules and you will find it impossible. It’s because quantum measurements cannot be interpreted as merely revealing a pre-existing property in the same way that flipping a card reveals a red or black suit.

Similarly, quantum measurements cannot be thought of as simply revealing some pre-existing properties of the system under study. This is part of the weirdness of quantum mechanics – and, it turns out, a key to quantum computation. 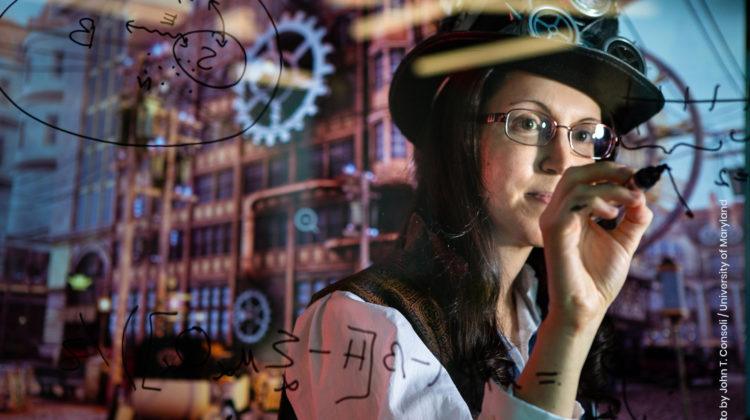