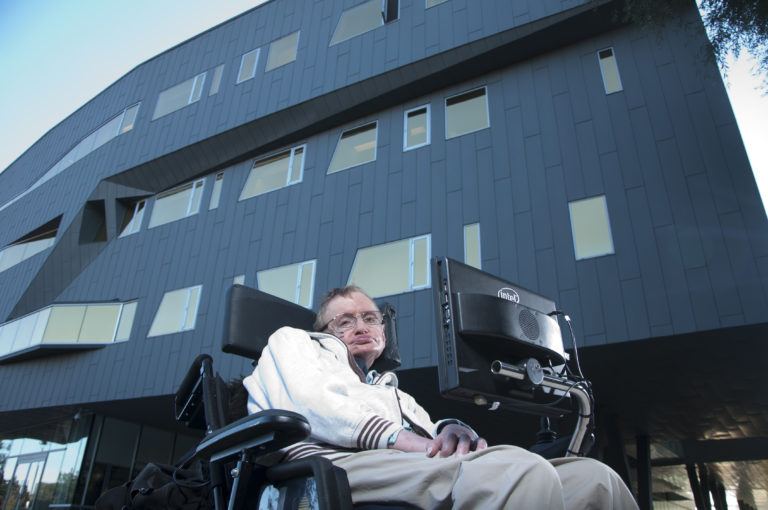 In a public address before a packed audience at Perimeter Institute for Theoretical Physics (PI), Prof. Stephen Hawking, PI Distinguished Research Chair, recounted his research, life and times, saying that it has been a glorious period to contribute to our picture of the universe. Prof. Hawking is conducting private research activities at PI this summer, in what is expected to be the first of many visits.

Hawking at the Perimeter

The celebration of science, being televised across Canada on TVO, kicked off with Mike Lazaridis, PI founder and Board Chair, sharing reasons why basic research, particularly theoretical physics, is not only crucial to understanding how the universe behaves at a fundamental level, but also drives the building of knowledge-based nations, paves the way for new and transformative technologies and creates long term value throughout society.

PI Director Neil Turok elaborated on how theoretical physics “is one of the lowest-cost, highest-impact scientific disciplines,” contributing key concepts to fields ranging from astronomy to neuroscience, pure mathematics to computer science and beyond. Dr. Turok also provided an exciting update on the institute and shared, “Stephen joins us at a particularly special moment for PI, as the research centre expansion named in his honour progresses rapidly toward completion. The Stephen Hawking Centre at Perimeter Institute will increase research capacity and provide an exceptional environment for physicists to conceive, visualize and gain an improved understanding of the nature of physical reality.”

The new construction is part of an overall ‘Expanding the Perimeter’ advancement initiative, in which public and private partners come together to invest in cutting-edge research, training of next generation scientists and educational outreach activities. The Honourable Tony Clement, Canada’s Minister of Industry, spoke about the great value Canadians place on scientific achievement and how “the federal government has had a strong and successful relationship with Perimeter Institute” which he further described as “the formidable science community that Mike Lazaridis, Neil Turok, the faculty, researchers, and staff have built here in the past ten years.”

In his official welcome to Prof. Hawking, the Honourable Dalton McGuinty, Premier of Ontario, said, “Stephen Hawking is passionate about helping humanity understand the complexity of the universe. We’re honoured to welcome him to Ontario and Perimeter Institute, where we are pushing the boundaries of our shared knowledge even further.”

In communicating his excitement and enthusiasm for scientific progress, Prof. Hawking said, “The recipe is simple: Bring brilliant people together, in an inspiring and free intellectual environment, where they are encouraged to pursue ambitious and timely research. The importance of special places and special times, where magical progress can happen, cannot be overstated… It seems to me, the same ingredients are being assembled here, at Perimeter Institute. Perimeter’s chosen scientific focus, connecting quantum theory and spacetime, is central to new insights, which are emerging, concerning not only black holes and the beginning of the universe, but also nuclear and particle physics, quantum computers, and the science of new materials. Perimeter is a grand experiment in theoretical physics. I am hoping, and expecting, great things will happen here.”

TVO is Ontario’s public educational media organization and a trusted source of interactive educational content that informs, inspires and stimulates curiosity and thought. TVO’s vision is to empower people to be engaged citizens through educational media. The TVO signal can be found across Canada on Bell TV channel 265 or Shaw Direct channel 353. You will also find TVO on channel 2 via cable or over-the-air in most areas of Ontario.

Perimeter takes a look back at an illuminating year of science. 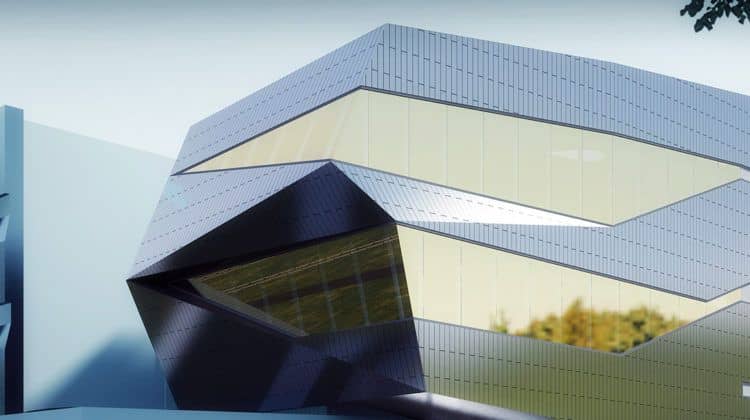 Welcome inside the Perimeter

There’s a universe of ideas to explore – from quantum to cosmos – at InsideThePerimeter.ca.