Watch the live webcast on this page on Wednesday, March 3 at 7 pm ET.

At the time, cosmological research relied on Newton’s conceptions of gravity. Since then, discoveries in modern physics, the triumphs of Einstein’s theory of general relativity, and the confluence of these ideas and instruments have completely transformed our understanding of space and time.

Today, we know that the universe is a dynamic and restless place, containing a billion galaxies or more. It is also expanding at an accelerating rate, structured by mysterious invisible components: dark matter, dark energy, and black holes.

Priyamvada Natarajan’s research is focused on precisely those exotic components. A professor in the Departments of Astronomy and Physics at Yale University, she is interested in confronting and testing theoretical ideas with observational data in astrophysics. She is noted for seminal contributions to two of the most challenging problems in cosmology – mapping the distribution of dark matter and tracing the growth history of black holes – and her work has enabled concrete predictions for upcoming astrophysics missions, including the James Webb Space Telescope and the Laser Interferometer Space Antenna (LISA).

Natarajan’s list of accomplishments is extensive. After becoming the first woman in astrophysics to be elected a fellow of Trinity College, Cambridge, she has served as the Chair of the Division of Astrophysics of the American Physical Society and is also the Director of the Franke Program in Science and the Humanities at Yale, among other roles.

Natarajan is deeply invested in the public understanding of science: she serves on the advisory boards of NOVA ScienceNow, Quanta Magazine, and Scientific American, and her work has been featured in The New York Times, BBC, and CNN, to name just a few. She is also the author of the critically acclaimed book Mapping the Heavens: The Radical Scientific Ideas that Reveal the Cosmos.

In her March 3 Perimeter Public Lecture webcast, Natarajan will guide the audience through what we currently know about the nature of dark matter and black holes.

The Perimeter Institute Public Lecture Series is made possible in part by the support of donors like you. Be part of the equation:
https://insidetheperimeter.ca/donate 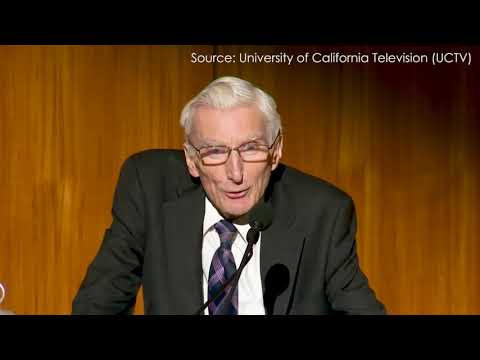 Watch live on October 2 as Sir Martin Rees, Astronomer Royal, examines whether humanity can tackle the great challenges that await.

Watch live on February 5 as Bryan Gaensler explores interstellar travel and the search for alien life.