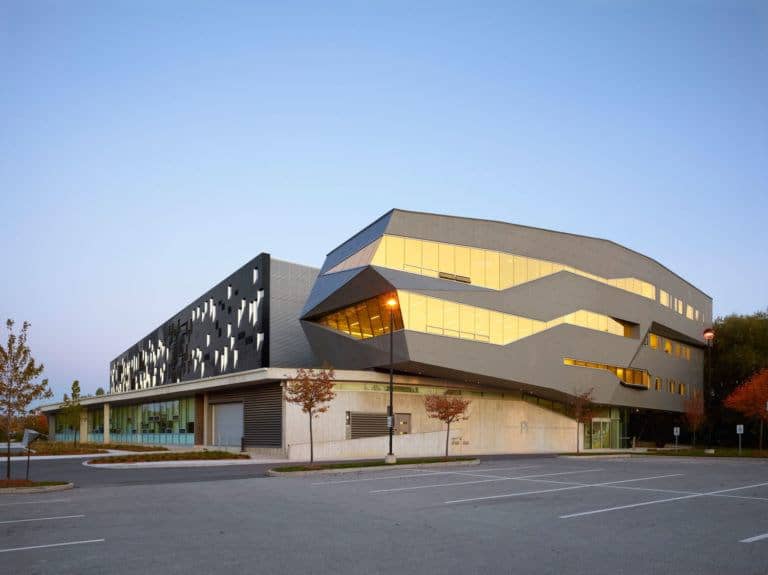 From the development of the internal combustion engine to the silicon chips that created the internet age’s mineral-rich gadgets and energy-gobbling server farms, our technological leaps have put immense strain on the global environment.

But technology could also provide solutions.

To celebrate Earth Day on Friday, April 22, Perimeter Associate Faculty member and condensed matter researcher Roger Melko teamed up with Slice of PI to explore a few areas of current research that could not only help remedy the legacy of industrialization, but also keep humanity going a while longer.

Fossil fuels generate most electricity, which is then transported through wires and cables – a process that loses between eight and 15 percent of the original power production. But exotic materials called superconductors could just save the day.

They could also revolutionize transit. Magnetic levitation (maglev) trains already use supercooled superconducting magnets to levitate and propel the train floating above the tracks. High-temperature versions would do away with energy-guzzling cooling systems and pave the way for even-more-Earth-friendly commutes.

** Watch an explanation – and demonstration – of the possibilities of superconducting technology in this Perimeter Public Lecture by Dr. Subir Sachdev. **

Many resources devoted to overcoming the effects of gravity and inertia also contribute to climate change. Just think of the fuel used simply to get heavy vehicles to move. Cue the arrival of, and excitement about, graphene.

Graphene is a sheet of carbon just one atom thick, and it’s the strongest material in the world. (If it was the thickness of cling wrap, it would take the force of a large car to puncture it with a pencil.)

Experimentalists are currently working towards creating a graphene-composite material that would replace steel in aircraft and other vehicles, making them significantly more fuel-efficient.

But some theorists are looking even further afield. Graphene could prove strong enough to fabricate long-theorized space elevators. These elevators could tether a satellite to the Earth, turning the satellite into a base station for mining natural resources on asteroids, among other possibilities.

Advanced quantum materials are also expected to significantly improve our ability to create and store energy, from high-efficiency solar panels to high-performance batteries.

The Anthropocene is not an official epoch yet – the International Commission on Stratigraphy (the people who define geologic time scales) will decide this year whether to officially recognize it – but scientists have no doubt that human society has been, and continues to be, profoundly damaging to the Earth.

So why not consider a non-human effort to ameliorate that impact? Powered by recent advances in neural networks and deep-learning algorithms, computers are becoming increasingly “human” in their abilities. (Google hit a milestone this year when its AlphaGo computer beat the world champion of the ancient Chinese board game of Go.)

But artificial intelligence could do much more than play a mean board game. A combination of machine-learning algorithms and future supercomputer hardware – including quantum computers – could forge the new era of AI and help realize efficiencies in infrastructure design, conduct fundamental research projects, and even mediate arguments.

BUT THAT’S NOT ALL: The physics of chaos theory, quantum information, and next-generation supercomputing could also help scientists understand and predict climate change.

According to Tim Palmer, the Oxford University Royal Society Research Professor in Climate Physics, the emerging concept of inexact supercomputing could provide a powerful approach to assessing the chaotic, uncertain nature of our climate system.

Tune in on May 4 to watch the live webcast of Dr. Palmer’s Perimeter Public Lecture “Climate Change, Chaos, and Inexact Computing.”