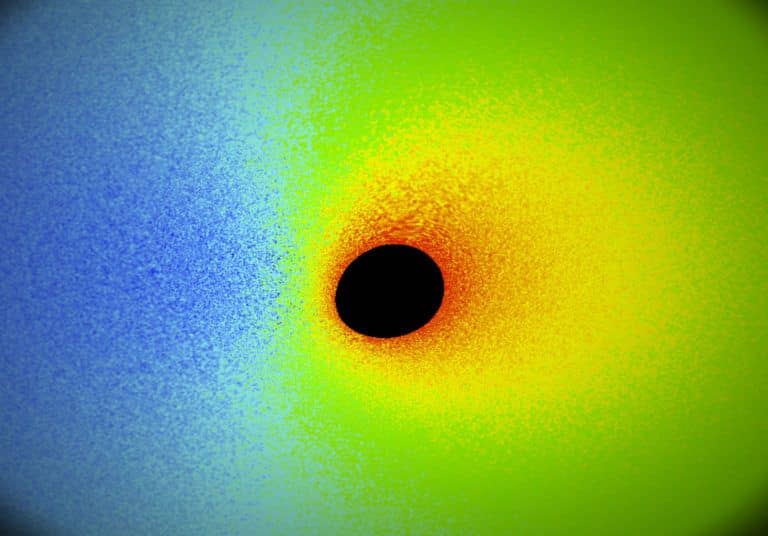 Fasten your seatbelts – gravity is about to get bumpy.

Of course, if you’re flying in the vicinity of a black hole, a bit of extra bumpiness is the least of your worries. But it’s still surprising. The accepted wisdom among gravitational researchers has been that spacetime cannot become turbulent. New research from Perimeter published in Physical Review Letters shows that the accepted wisdom might be wrong. 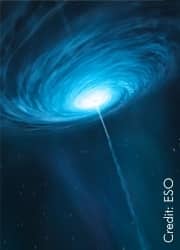 The researchers followed this line of thought: Gravity, it’s thought, can behave as a fluid. One of the characteristic behaviours of fluids is turbulence – that is, under certain conditions, they don’t move smoothly, but eddy and swirl. Can gravity do that too?

Perimeter Faculty member Luis Lehner explains why it might make sense to treat gravity as a fluid. “There’s a conjecture in physics – the holographic conjecture – which says gravity can be described as a field theory,” he says. “And we also know that at high energies, field theories can be described with the mathematical tools we use to describe fluids. So it’s a two-step dance: gravity equals field theory, and field theory equals fluids, so gravity equals fields equals fluids. That’s called the gravity/fluids duality.”

The gravity/fluids duality is not new work – it’s been developing over the past six years. But hidden at the heart of it is a tension. If gravity can be treated as a fluid, then what about turbulence?

A team of researchers – Lehner, Huan Yang (Perimeter and the Institute for Quantum Computing), and Aaron Zimmerman (Canadian Institute for Theoretical Astrophysics) – set out to find out which.

They had hints about what directions to go. Previous simulations at Perimeter, and independent work out of MIT, had hinted that there could be turbulence around the non-realistic case of black holes confined in anti-de Sitter space. “There might be turbulence if you confine gravity in a box, essentially,” says Lehner. “The deeper question is whether this can happen in a realistic situation.”

They were stunned when their analysis showed that spacetime did become turbulent.

“I was quite surprised,” says Yang, who has been studying general relativity (GR) – Einstein’s theory of gravity – since his PhD. “I never believed in turbulent behaviour in GR, and for good reason. No one had ever seen it in numerical simulations, even of dramatic things like binary black holes.”

“Over the past few years, we have gone from a serious doubt about whether gravity can ever go turbulent, to pretty high confidence that it can,” says Lehner.

How did this behaviour hide until now? “It was hidden because the analysis needed to see it has to go to non-linear orders,” says Yang. “People didn’t have enough motivation to do a non-linear study. But, this time, we knew what we were looking for. It gave us the motivation to do a more in-depth study. We had a target and we hit it.”

“There are potential observational consequences of this discovery,” says Lehner. “LIGO or LISA or some future gravitational wave experiment may be able to detect them.”

But one of the most exciting consequences of this research relates not to gravity, but to ordinary, Earth-bound turbulence. From hurricanes to cream stirred into coffee, from the bumblebee’s impossible flight to the vortices shearing off the end of airplane wings, turbulence is all around us. Yet we don’t fully understand it. It’s considered one of the greatest unsolved problems in classical physics.

“We’ve been stuck for over 500 years on achieving a full understanding of turbulence,” says Lehner. “This gravity/fluid correspondence tells us that there is a way to use gravitational tools and gravitational intuition to take a fresh look at turbulence. We may end up as stuck as we are in our standard approach, or we may end up shedding completely new light that helps the field go forward. It’s very exciting.”