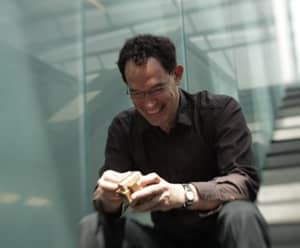 Where did everything in our universe come from? How did it all begin? These are some of the most profound questions that science can ask. And for nearly one hundred years, researchers thought they had the answer: a big bang some 14 billion years ago. But today, some scientists believe that was not really the beginning, and that our universe may have had a life before the violent moment of creation.

This edition of BBC’s long-running and award-winning Horizon documentary series examines big bang theories through the eyes of several noted scientists, including those at the Perimeter Institute for Theoretical Physics, where much of the program was recorded.

Why is there something and not nothing? Where did all the stuff we see come from? Did the universe have a beginning? If not, why not? Such are the questions facing cosmology today, as explored in this documentary production.

The first edition of Horizon dates back to 1964 and, since then, the series has gone on to become one of the world’s most venerable and award winning documentary programs. The aim of BBC’s Horizon is to explore ideas from some of the world’s greatest scientists and thought leaders, and help share their curiosity and observations with viewers in order to invigorate our common knowledge with changing views of the universe.