It was the boldness of the vision that drew in Patrice Merrin and Joanne Cuthbertson. At separate dinners in different cities, one in Calgary and the other in Toronto, they each had their first brush with Perimeter. And they were hooked.

Merrin, a business leader in the natural resources and medical technology sectors with a long-held interest in fostering the potential of women in science, was sharing a table at a Toronto dinner with Perimeter Founder Mike Lazaridis and Director Neil Turok.

As they explained Perimeter’s origins and its ambitions, she became increasingly enthralled. “I was absolutely taken with what was happening at Perimeter, and with what I felt emanated as its culture, values, ambition, and curiosity,” she says.

In 2013, Merrin joined the Emmy Noether Council, which supports initiatives to encourage women to pursue physics at Perimeter. “We want to be able to benefit from the full potential of individuals who are obviously talented,” she says.

For Cuthbertson, it was at a dinner with Steve MacLean, a former astronaut and President of the Canadian Space Agency who was on Perimeter’s Board of Directors at the time, that she came into Perimeter’s orbit.

“I just loved the optimism and the great big vision,” says Cuthbertson, a long-time philanthropist, education champion, and former chancellor of the University of Calgary. Cuthbertson joined the Perimeter board in 2013. She and her husband, retired energy industry executive Charlie Fischer, also became Directors Circle donors.

Now, Cuthbertson and Merrin have been named co-chairs of Perimeter’s Leadership Council, a group of prominent individuals who offer strategic advice and act as volunteer ambassadors for the Institute in the business and philanthropic communities.

They are taking the reins from Lazaridis, who remains Perimeter Board chair, and Cosimo Fiorenza, the Board’s vice-chair.

Lazaridis and Fiorenza had decided it was time for the Council to soar with fresh leadership, people who could work with the other council members located across Canada and in key international locations. Cuthbertson and Merrin seemed perfect for the role.

The Leadership Council works closely with Perimeter’s Advancement team, supporting its fundraising efforts and building strong relationships with business and community leaders. “It engages people who are known in their communities, have made contributions, and who are highly regarded,” Cuthbertson says.

As co-chairs, Merrin and Cuthbertson hope to carry forward, nationally, the hope and promise they see embodied in Perimeter.

“We are taking the commitments and interests of those people who are engaged and we are putting an exponent on that, so that we can gain more friends, more participants, more support, more recognition, and more energy and ability to draw the best to Perimeter,” Merrin says.

Cuthbertson sees Perimeter’s success having rippling impacts for Canada and beyond. Innovation happens through discovery, breakthroughs, and greater understanding of how the world works. That, she says, is ultimately good for the economy, for Canada, and for the world.

But building relationships to support those developments takes time, she adds. “It doesn’t happen overnight,” she says. “The awareness is growing.”

Cuthbertson has organized a number events to boost Perimeter’s profile, including a recent dinner in Calgary featuring Art McDonald, the Nobel Prize-winning astrophysicist from the Sudbury Neutrino Observatory, who is also a Perimeter Board member.

The event showcased the importance of fundamental research and the role Perimeter plays in that. “It gave our guests the opportunity to think about how research leads to breakthroughs and discoveries, and how those discoveries are then implemented in all kinds of ways that will change our lives,” Cuthbertson said.

For both Cuthbertson and Merrin, this new role enmeshes them in an organization whose potential, they believe, is huge. “It is something so much bigger than ourselves, and more hopeful and potentially more productive than almost anything else we can be involved in,” Merrin says.

The Dark Energy Spectroscopic Instrument (DESI), an international collaboration aiming to unravel the mystery of dark energy and fill in our 3D map of the universe, officially began on May 17. 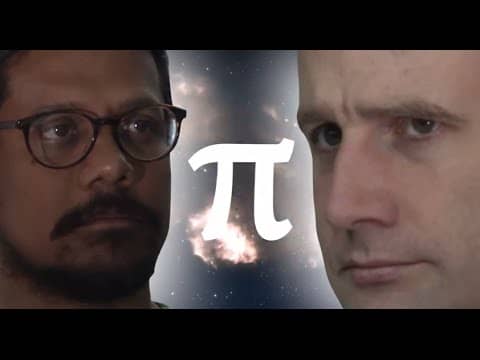 A little friendly competition never hurt anyone, especially when it’s about something as beautiful as the infinite decimal places of pi. In this intense showdown, “standup mathematician” Matt Parker and Perimeter Institute’s Tibra Ali go head-to-head in a battle to concisely describe the ratio of a circle’s circumference to its diameter. Given that pi was […] 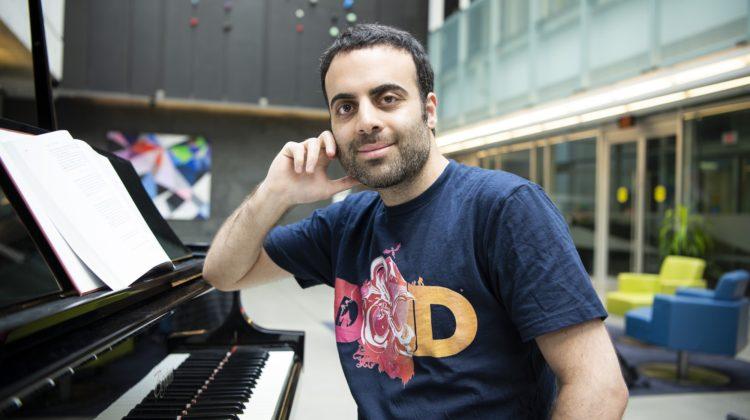