Science writer Ian O’Neill explores the remarkable scientific ingenuity and collaboration required to capture humanity’s first glimpse of a black hole — and what comes next. 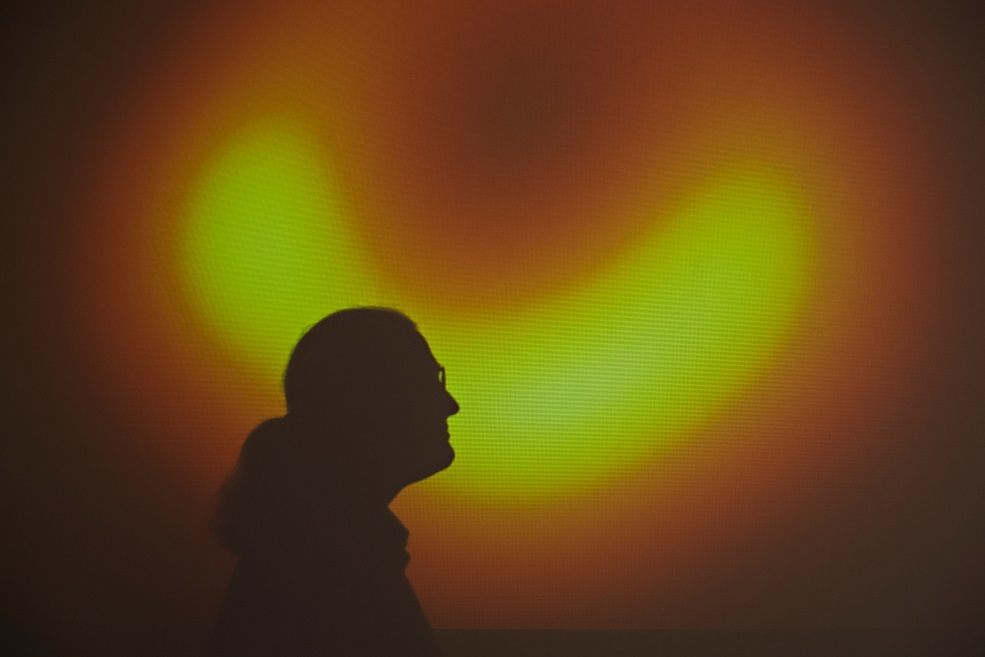 When Avery Broderick initially saw the first image from the Event Horizon Telescope (EHT), he thought it was too good to be true.

After playing a critical role in the project since its inception in 2005, Broderick was staring at his ultimate quarry: a picture-perfect observation of a supermassive black hole in another galaxy. Not only was this first image sweet reward for the dedicated global effort to make the impossible possible, it was a beautiful confirmation of Broderick’s predictions and the 100-year-old theories of gravity they are based upon.

“It turns out our predictions were stunningly close; we were spot-on,” said Broderick, who holds the Delaney Family John Archibald Wheeler Chair in Theoretical Physics at Perimeter Institute. “I think this is a stunning confirmation that we are at least on the right track of understanding how these objects work.”

For Broderick, an associate faculty member at Perimeter and the University of Waterloo, and a key member of the international Event Horizon Telescope Collaboration, this wasn’t just an image that proved his theoretical models correct, it was the beginning of a historic journey into the unknown, with potentially revolutionary consequences that will reverberate through science and society as a whole.

On April 10, the global collaboration showcased the first image of the supermassive black hole in the core of the massive elliptical galaxy M87. The image shows a ghostly bright crescent surrounding a dark disk, a feature that surrounds the most gravitationally extreme region known: a black hole’s event horizon.

This first image isn’t only proof that humanity now has the ability to probe right up to the edge of an event horizon, it’s a promise that future observations will help us better understand how supermassive black holes work, how they drive the evolution of their galactic hosts and, possibly, reveal new physics by finally unmasking the true nature of gravity itself.

To Broderick, who has always been fascinated by the undiscovered, it’s mysteries like these that give him the passion to understand how the universe works – an adventure that is an important part of the human story.

“Black holes are the most extreme environments in the universe, so naturally I was hooked for as long as I can remember,” he said. “Nowhere in the universe is there a more perfect laboratory for pushing back the boundaries of our knowledge of gravity’s nature. That makes black holes irresistible.”

Few scientists would debate the reality of black holes, but the first image of M87’s supermassive black hole is definitive proof that these monsters, and their associated event horizons, exist. “These things are real, along with all the consequences for physics,” he said.

In the years preceding this announcement, Broderick and his EHT colleagues developed simulations that modeled what the Earth-spanning virtual telescope might see. And, on comparing his models with the first EHT image, Broderick was amazed.

“That first image was so good that I thought it was a test – it had to be a trial run,” said Broderick, “It’s a beautiful ring shape that’s exactly the right size. In fact, it looks very similar to the images (of theoretical models) we included in proposals for the EHT.”

The ring shape Broderick describes is the bright emissions from the hot gases immediately surrounding the colossal maw of a supermassive black hole’s event horizon. Located inside the massive elliptical galaxy M87 in the constellation of Virgo, this gargantuan object has a mass of six-and-a-half-billion Suns and measures nearly half a light-day across. This may sound big, but because it’s located 55-million light-years away, it’s far too distant for any single telescope to photograph.

The EHT, however, is a network of many radio telescopes around the world, from the Atacama Desert to the South Pole. By working together – via a method known as very long-baseline interferometry – they create a virtual observatory as wide as our planet and, after two decades of development, the international collaboration has accomplished the impossible by resolving the event horizon around M87’s supermassive black hole.

“This is a project that has a wide breadth of collaboration, geographically – you can’t build an Earth-sized telescope without an Earth-sized collaboration! – but also in expertise, from the engineers who build these advanced telescopes, to the astronomers who work on the day-to-day and the theorists who inspire their observations,” said Broderick.

“Event horizons are the end of the safe space of the universe,” said Broderick, “they should have ‘mind the gap’ or ‘mind the horizon’ signs around them!”

Physics has some key unresolved problems that may be answered by the EHT, one of which is the nature of gravity itself, added Broderick. Simply put, gravity doesn’t jibe with our current understanding of other fundamental forces and particles that underpin all matter in the universe. By stress-testing Einstein’s theories right at the edge of a black hole’s event horizon, the EHT will provide physicists with the ultimate laboratory in which to better understand gravity, the force that drives the formation of stars, planets, and the evolution of our universe.

Once we truly understand this fundamental force, the impact could be revolutionary, said Broderick.

“Gravity is the key scientific problem facing physics today, and no one fully understands the ramifications of what understanding gravity fully are going to be.”

On an astronomical level, supermassive black holes are intrinsically linked with the evolution of the galaxies they inhabit, but how they form and evolve together is another outstanding mystery. Supermassive black holes are also the purveyors of creation and doom – they have the power to kick-start star formation as well as preventing stars from forming at all – a dichotomy that astronomers hope to use the EHT to understand.

“These incredibly massive things lie at the centers of galaxies and rule their fates,” said Broderick. “Supermassive black holes are the engines behind active galactic nuclei and distant quasars, the most energetic objects known. Now we’re seeing what they look like, up close, for the first time.”

As the scientific benefits of observing supermassive black holes are becoming clear, Broderick pointed out that the impact on society could also be seismic.

“I would hope that an image like this will galvanize a sense of exploration; an exploration of the mind and that of the universe,” he said. “If we can excite people, inspire them to embark on a voyage of discovery in this new EHT era of observational black hole physics, I can only imagine that it will have profound consequences for humanity moving forward. I feel incredibly privileged to be a part of this story of exploration – the human story of understanding the universe we inhabit and using that understanding to improve our lives.”