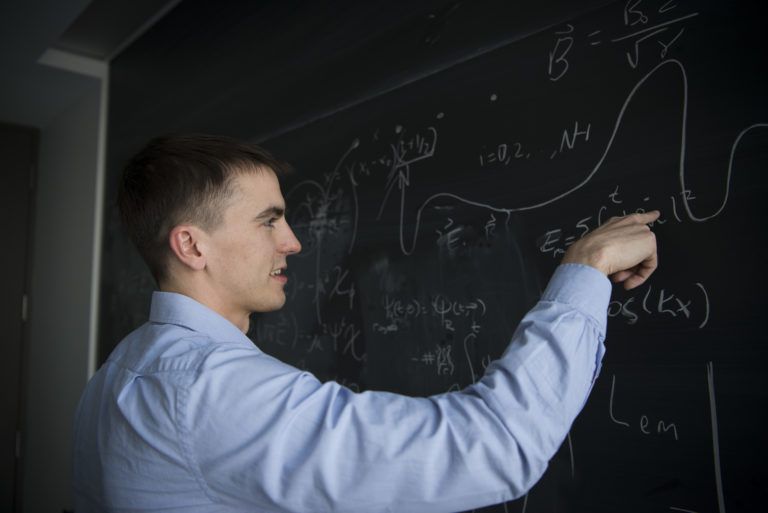 In the quest to understand the mystery of dark matter, Perimeter Faculty member William East proposes that answers may be found in explosions of particle clouds surrounding some black holes.

Featured on the cover of the latest issue of Physical Review Letters, East’s research demonstrates how particles called ultralight bosons could assemble in clouds around spinning black holes, with some of those clouds potentially exploding when they grow large enough.

Those explosions, he argues, could create a phenomenon known as vortex strings – essentially smaller versions of the cosmic strings that are hypothesized to have formed in the early universe.

“This has important implications for efforts to use black holes to look for new particles,” says East. “The phenomenon of forming strings can significantly change the picture for many scenarios that try to explain dark matter as arising from a dark photon.”

The research suggests that black holes might behave as natural particle physics experiments, producing observable signals that could help solve the mystery of dark matter, which is hypothesized to account for 85 percent of all matter in the universe.

In subsequent work, East and fellow Perimeter Faculty member Junwu Huang have studied the implications for dark matter production and observational consequences of these ideas, such as using magnetometers to look for vortex strings as they pass by Earth in scenarios where they weakly interact with ordinary matter.