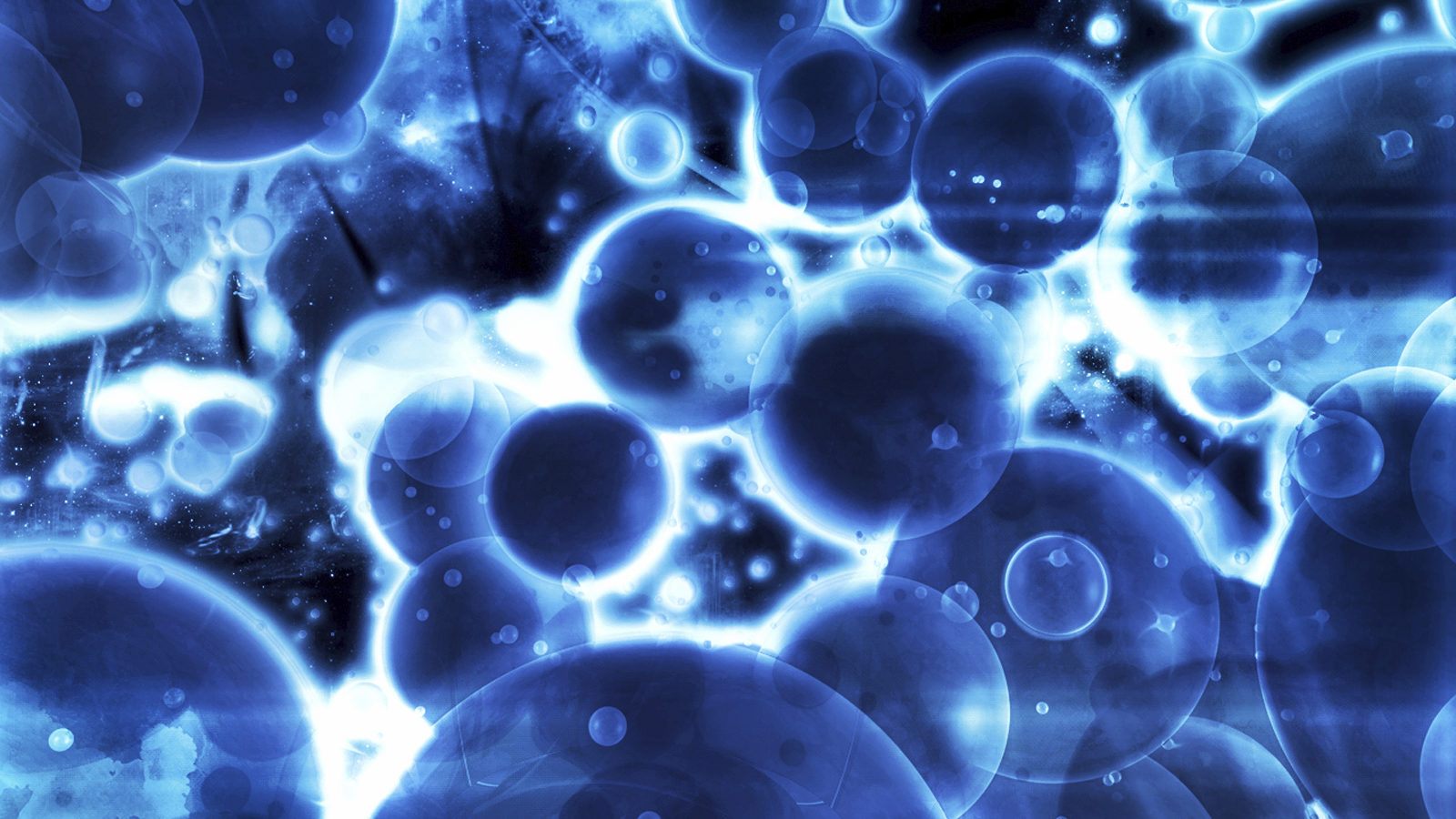 We know it exerts a gravitational tug and is five times more abundant than regular matter. Beyond that, details are sketchy – researchers still don’t know what dark matter is. But that’s not for lack of trying.

In the 1970s, astrophysicist Vera Rubin noticed that the edges of galaxies rotated much faster than expected given the amount of matter visible at their centres. The conclusion: there must be some unseen matter holding the galaxies together.

The discovery set in motion a scientific treasure hunt to detect this mysterious dark matter. After detailed sky surveys ruled out the possibility that dark matter could simply be normal, less luminous matter – like black holes, neutron stars, or cold clouds of gas – researchers flipped the scale of the problem from astrophysics to particle physics. Since then, the dominant theory is that dark matter must be some as-yet-undiscovered particle that interacts with regular matter only via gravity (and possibly the weak force).

Every single one of them has come up empty.

Thinking outside the box

By the mid-2000s, the research community was restless about the lack of detections. “People had been searching for WIMPs for a while and hadn’t seen anything,” says Brian Batell, an Assistant Professor at the University of Pittsburgh and former Perimeter Institute postdoc. “Some people started thinking a little bit more broadly – a little bit outside the box.”

Their creative thinking was spurred, in part, by intriguing satellite measurements at the time, which indicated an unexpectedly high number of positrons (the positively-charged counterpart to the electron) coming from the centre of our galaxy.

Highly magnetized, spinning neutron stars called pulsars can produce positrons, but there is uncertainty about both the number of pulsars in the galaxy and how many positrons they create. Another theory also fit the data: could it be that dark matter particles were colliding, annihilating, and producing positrons in the process? The answer was yes – but only if the dark matter particles were light enough.

“At the time, it was not even clear whether there were any particle physics models that could provide such light [dark matter] candidates,” says Perimeter Institute Associate Faculty member Maxim Pospelov. “Everyone was talking about particles five orders of magnitude heavier.” (One of the early pioneers of the light dark matter models was Celine Boehm of Durham University and a 2016-17 Emmy Noether Visiting Fellow at Perimeter.)

From a detection point of view, the possibility that dark matter could be much lighter than conventional WIMP models came with an upside.

“It turns out from the experimental perspective, it would be very interesting if dark matter particles are light, because then we can kinematically access them,” says Batell.

Theorists dug deeply into the problem and showed that not only were there plausible models of light dark matter, but that those models came with some interesting characteristics. “When there is light dark matter, there must also be a light particle that mediates interactions between dark matter and Standard Model matter,” explains Pospelov.

According to the Standard Model of particle physics, mediators are particles that carry the forces between the other particles. For example, photons (the quantum particle of light) carry, or mediate, the electromagnetic force that acts on charged particles like electrons and protons.

The possibility of a mediator particle for dark matter, then, carried an intriguing correlation: perhaps dark matter could interact more than just gravitationally, through some new, long-range “dark force.” Though it might sound like something straight out of a science fiction novel, the existence of a dark force fit well into theories describing the production of dark matter in the early universe.

But, as with the search for WIMPs, the hunt for dark photons kept coming up empty.

It might sound frustrating, but the meandering process of putting forth a hypothesis for a dark matter candidate, carrying out a set of experiments to test the hypothesis, and either ruling it out or – as every researcher hopes – finding evidence to support it is simply the process of science at work.

“The scientific method has demonstrated its power time and time again,” says Batell. “Unfortunately, there is no guarantee we will ever discover dark matter. On the other hand, there is no other method to make progress on the basic question. The nature of dark matter is one of the outstanding mysteries in physics, and we are obliged as scientists to explore and experimentally test, to the extent of our abilities, all motivated ideas and hypotheses.”

Of course, building a new detector or experiment to test every possibility is both costly and time-consuming. Could there be a way to explore new dark matter theories more efficiently?

In 2009, Batell, then a postdoc at Perimeter Institute, published a paper with Pospelov and University of Victoria professor Adam Ritz. In it, they proposed that rather than looking for a mediator particle, it could be possible to directly detect light matter particles by using existing experiments designed to study neutrinos.

Located deep underground, these “fixed target” accelerators fire an intense, energetic beam of particles, such as protons, into a target made of beryllium or other materials. The collisions between the protons and nucleons in the target produce pions, which then decay into neutrinos. The neutrinos travel through several metres of earth into a detector filled with mineral oil or heavy water and lined with light-sensitive devices to detect collisions between the neutrinos and the nuclei of the material inside the detector.

It was an elegant idea. The accelerator experiments would be complementary to other direct detection setups, such as those at SNOLAB in Sudbury, Ontario, that are tuned towards searching for higher-mass, lower-energy dark matter thought to exist throughout the galaxy.

Around the time that Batell, Pospelov, and Ritz published their paper, several experiments designed to study neutrino oscillations happened to be winding down their runs. The community held a meeting, gathering experimentalists and theorists to brainstorm ways to re-use the high-precision instruments.

Experimentalists from Fermilab’s MiniBooNE neutrino experiment attended a talk from Batell detailing the trio’s dark matter proposal. MiniBooNE (the “BooNE” stands for Booster Neutrino Experiment) was on the verge of completing its 10-year run studying neutrino oscillations and neutrino mass, and the team was intrigued by the idea of repurposing their experiment. A collaboration was born.

Reusing an existing experiment, rather than building something from the ground up, has some advantages: it’s significantly less expensive and allows for more flexibility determining the experimental trajectory.

But repurposing a neutrino experiment also has downsides. One of those is the neutrinos themselves, which could mask the faint signal of dark matter. “Most of the time, these experiments are tuned to increase the neutrino output,” says Pospelov. “But for us, because we are looking for something else, the neutrino would be a background.”

To solve this problem, the team devised a way to reconfigure the accelerator. Rather than directing the beam of protons into the beryllium target, they used magnets to steer the beam directly into the iron “beam dump” (used to dump the excess protons at the end of a neutrino experiment). The iron quickly absorbs the mesons that produce the neutrinos, reducing the neutrino flux by 50 times.

From November 2013 to September 2014, the MiniBooNE team ran the accelerator in its new configuration, looking for a specific interaction where a dark matter particle scatters with a mineral oil atom in the detector, kicking out a nucleon in the process.

The theorists involved – including Batell, Ritz, and Ritz’s PhD student Patrick deNiverville at the University of Victoria – broke with convention and worked closely with the experimental side of the team to develop a suite of simulation and analysis tools that can be carried forward to similar dark matter searches.

For example, proprietary information is rare in the realm of theoretical physics, but experimentalists cannot disclose their data before the results are published. The results, in this case, resembled those of the many experiments that came before it: no signal was detected over the background. Dark matter, for now, remains elusive.

Pospelov and Batell acknowledge that finding dark matter would have been a stroke of immense luck. “Looking for dark matter in a fairly specific place – yeah, if you find it in that place, that would of course be a super pleasant surprise,” says Pospelov. “That didn’t happen. But it’s a process, right?”

Regardless of a detection or lack thereof, MiniBooNE represents an important step forward for dark matter searches, stresses Batell. “It’s an important result because it’s kind of the first dedicated experiment of this type that has looked for light dark matter,” he says.

Pospelov believes the intersection of theory and experiment will continue to propel the search for dark matter forward. “These two things together – theorists proposing new signatures and experimentalists looking for new applications of their apparata – these things have come together in the last decade and actually made a difference in this field.”

The team will continue running the experiment in order to look at several other possible ways light dark matter could leave its mark, such as by scattering with electrons or breaking up a nucleus to release a shower of particles.

Each channel they examine holds promise in some way: either the highly sought-after positive detection, or the less glamorous – but still crucial – progress toward ruling out what dark matter could be.

“We can put a limit on the variety of different models of light dark matter,” says Batell. “We learned something: we learned what dark matter is not, for the time being.”