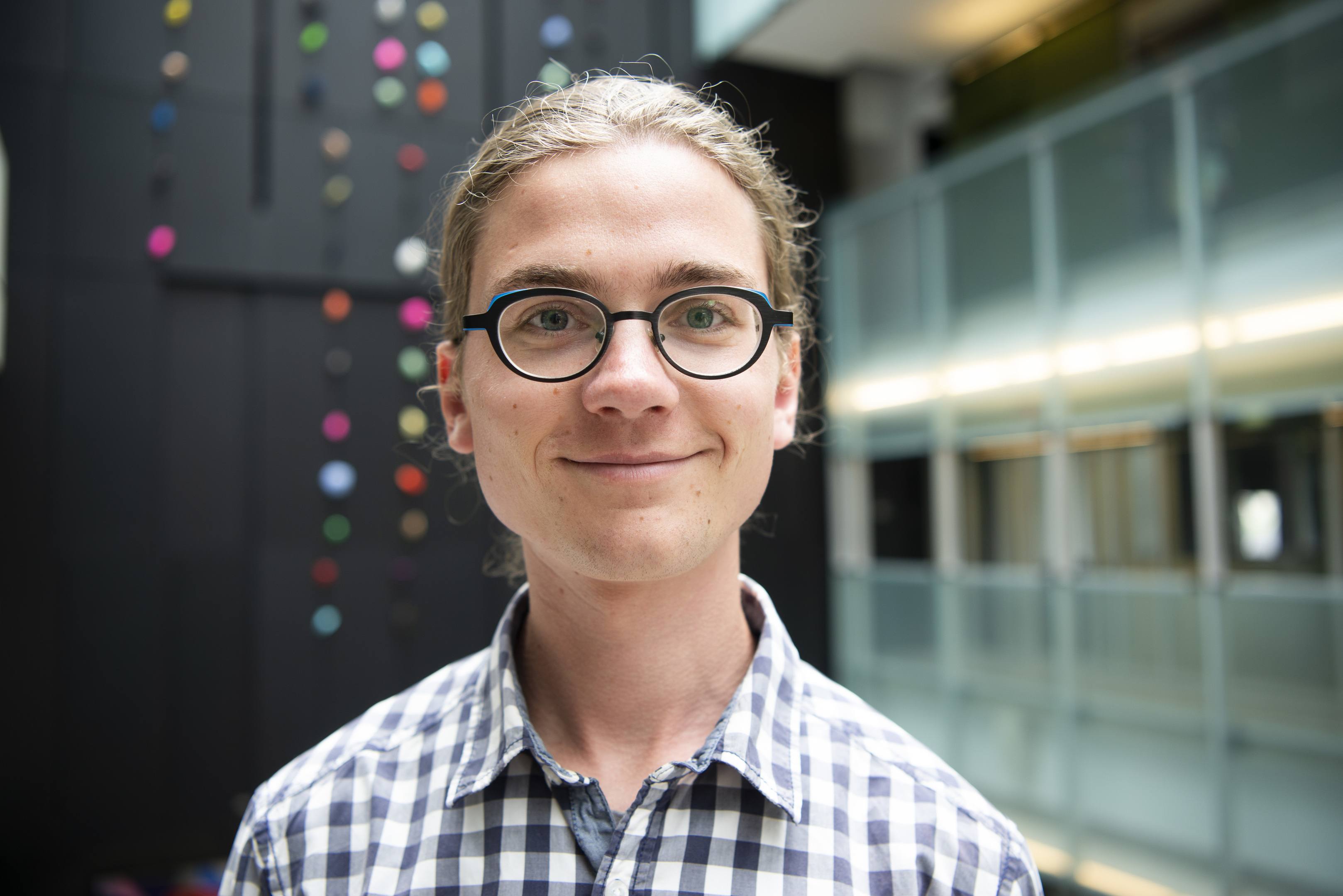 The academic and commercial worlds tend to adhere to the laws of classical physics – you’re either in one place or the other. But for the past eight months, theoretical physicist Florian Hopfmueller has been in a superposition, existing both as a PhD student at Perimeter Institute and as a Reinforcement Learning Scientist at 1QBit, a quantum computing start-up founded in Vancouver in 2012.

Though both are firmly planted in the realm of science, the two roles are distinctly different – particularly in their end goals. As a theoretical physicist, he studies how gravity behaves in exotic locations like the event horizon that surrounds a black hole. As a Reinforcement Learning Scientist, he uses machine learning to train quantum computers on behalf of corporate clients.

The superposition is a result of a conscious choice by Hopfmueller to look beyond a traditional professorial path and proactively build the skills needed to transition out of academia.

“It had become clear to me that I didn’t want to pursue the academic route. I made a decision to orient myself toward other things professionally,” he says. “Once I made that decision, I started learning some techniques in machine learning and artificial intelligence that I’m now using at 1QBit.”

As he broadened his skillset, Hopfmueller also sought practical assistance in finding opportunities in industry. With support from Mitacs, a Canadian organization that connects PhD students with businesses, and a connection to 1QBit through a close friend, Hopfmueller secured an internship.

Quantum computers can solve many types of problems that are effectively impossible for even the most powerful classical computers. Rather than a step up in brute computing power, they represent a fundamental shift in information processing.

The key lies in taking advantage of some of the quirks of quantum mechanics – the rules that govern physical behaviour at subatomic scales – where, for instance, a particle can be in two places or in two states at once. Harnessing this, and other counterintuitive aspects of the quantum realm, allow even a relatively simple quantum computer to do certain types of calculations that previously appeared intractable.

Quantum computing has only recently come into its own as a viable avenue of commercial enterprise: In late 2019, Nature magazine described the growing flow of private funds into quantum start-ups as a sign of a new “gold rush.”

Even as the relationship between quantum and classical physics remains the subject of emerging, fundamental research, companies like 1QBit profit from what has already been discovered. Using a combination of computing techniques, both classical and quantum, the company takes on highly complex challenges in engineering, physics, chemistry, and software development.

Hopfmueller finished his internship in August 2020 but continues to work part-time at 1QBit while finishing his PhD at Perimeter. His work with 1QBit focuses on what are called noisy intermediate scale quantum (NISQ) computers. NISQ devices are far from perfect but are essentially state-of-the-art for quantum computing.

“NISQ devices are the hardware that will be available for maybe the next 10 years. They don’t have a whole lot of qubits, and they have noise levels that make the error rate too high for certain types of applications,” Hopfmueller says. (“Qubits” are to quantum computers what “bits” are to classical computers: the basic units for processing information.)

Hopfmueller works not on improving the quantum computers themselves, but on using them more effectively. Machine learning – a highly promising branch of artificial intelligence – turns out to jibe well with the probabilistic nature of quantum computing. A machine learning algorithm refines its assertions and calculations over time, using an iterative process that can overcome NISQ devices’ limitations of noise and power.

He works to combine NISQ devices not only with machine learning but also with other components and computational techniques, which sometimes mix classical and quantum computing.

“If you do that right, hopefully, you can still leverage the strengths of a NISQ device, while being less sensitive to its weaknesses,” he says. “The question is, how do we get the most out of these devices? I’m working on techniques that improve performance for a wide range of applications.”

Hopfmueller has been caught between curiosity-driven research and practical solutions for his entire career.

“I studied mechanical engineering for one year when I started my undergraduate degree in Germany,” he says. “It was my intention to build something practical. But then curiosity drove me into physics.”

For a time, fundamental research became his primary focus. Hopfmueller came to Waterloo in 2015 to do a master’s degree at Perimeter Scholars International and carried on to the PhD program. He won a highly competitive Vanier Graduate Scholarship, which is awarded not only for academic excellence but also for societal leadership.

During his undergrad, Hopfmueller was the secretary of a local chapter of Technology Without Borders, which provides more equitable community access to tech. He also led a project to help a hospital in Ghana build an incinerator to safely burn medical waste.

During his PhD, he joined the Perimeter grad student committee and volunteered both as a teaching assistant at the African Institute for Mathematical Sciences in Rwanda and as a violin teacher at the Community Music School of Waterloo Region.

He perpetually balances his enthusiasm for curiosity-driven work and his interest in making a more tangible, immediate impact.

The transition from academic research in theoretical physics to the corporate setting of 1QBit demanded that Hopfmueller acquire some new skills and logistical support. More than that, he had to bridge a cultural divide.

“There’s definitely a lot more structure in industry,” he says. “That has advantages and disadvantages, as does the freedom of curiosity-driven research in an academic setting.”

Not every scientist would be comfortable making this kind of transition, but in such a science-driven industry like quantum computing, Hopfmueller has found that some important skills translate well.

“PhD training gave me the ability to think about the big picture, to look at an idea and evaluate it on its merits and demerits, without getting too attached to wanting it to succeed even if it turns out to be not a good idea,” he says. That comes in very handy in a field like quantum computing, where seemingly fundamental assumptions and promising avenues of advance regularly have to be discarded.

Like all superpositions, Hopfmueller’s will eventually collapse into a single, well-defined state. Once he wraps up his PhD, he intends to carry on in industry, though in a role where he can continue to make discoveries as well as build and improve practical tools.

“I love the challenge of understanding and finding out new scientific ideas,” he says.