Is quantum processing operative in the brain?

Condensed matter researcher and Perimeter DVRC Matthew Fisher’s latest work has ushered him into the emerging field of quantum biology and the nascent area of “quantum neuroscience.”

It was 1986. Top Gun and Ferris Bueller’s Day Off were playing the big screen, while “Papa Don’t Preach” and “The Final Countdown” ruled the airwaves.

In Illinois, 26-year-old quantum scientist Matthew Fisher was finishing his PhD. With a postdoc already secured and a summer wedding on the horizon, he went to bed one February night with the world at his feet. The next morning, he woke in a mental fog so thick he could barely speak. His limbs moved as if through molasses. Everything hurt. Nothing made sense.

In one swift, brutal transition, he descended into severe depression. The illness would both drive and plague him for years to come: through an exceptional career, fatherhood, a failed marriage, prestigious awards, remarriage, and a brief sojourn in a psychiatric ward.

Now, the yin and the yang of his life – quantum science and mental illness – have come together in an intensely personal research project. Fisher suspects that the human brain could be exploiting quantum processing, and he has proposed a mechanism through which that might be possible.

The work has ushered him into the hot, and hotly contested, emerging field of quantum biology.

Quantum mechanics describes things at their most fundamental level, but it was long assumed that living things were too warm, wet, and messy for quantum effects to be sustained there.

In the last 10 years, that viewpoint has been challenged by a new field called quantum biology. From photosynthesis to bird navigation to human smell and beyond, evidence is mounting that “exotic” quantum processes like spin and entanglement are being used in nature.

But many scientists remain skeptical of the field’s validity. A significant stumbling block is that quantum processing, as practiced in a lab, isolates tiny and fragile particles from their noisy surroundings in order to harness and control their quantum properties. To suggest that such properties could exist and persist in biological systems under ordinary circumstances goes against what is known about quantum materials.

In the late 1980s, eminent physicist Roger Penrose posited “microtubules” as a biological analogue of quantum computation in his book The Emperor’s New Mind. After an initial flurry of interest from cross-disciplinarians, the idea was discounted by much of the scientific community.

Fisher, who is now a condensed matter researcher at the Kavli Institute for Theoretical Physics and a Perimeter Distinguished Visiting Research Chair (DVRC) specializing in quantum phase transitions and superconductivity, is aiming to resuscitate the idea, but by a vastly different biological process.

In the paper “Quantum Cognition: The possibility of processing with nuclear spins in the brain,” published in the Annals of Physics in November 2015, Fisher outlines a process through which neural quantum processing could be occurring in humans, using phosphorus nuclear spins as the quantum bits, or qubits. He also identifies specific biological molecules and mechanisms that might induce long-term quantum entanglement.

If the hypothesis is right, it could rewrite what we know about our brains.

The earliest recorded reference to studies of the human brain is written in an ancient Egyptian medical text from around 1600 BCE, but it wasn’t until the 20th century that neuroscience became a discipline of its own.

Humans have made huge advances in understanding the inner structure and workings of the brain, yet it remains one of the most complex systems in the universe – and one of the most mysterious.

Fisher’s quest to untangle part of the puzzle is rooted in his personal history. Mental illness is present throughout his extended family, but is expressed in different ways – a situation that is not unusual. (Professional boundary-hopping runs in the family, too: his father and brother are both physicists exploring biology.)

In 1988, two years after the onset of his illness, he sought an official diagnosis and treatment. It took another three weeks for the antidepressants to kick in. When they did, he says, it felt like a miracle. “Little gaps in the cloud opened, and I started swimming towards the light, slowly re-emerging as a functioning and feeling human,” he says.

The transformation fascinated and mystified him; for decades, he harboured a largely latent desire to understand it scientifically. Three years ago, he finally launched an intense research effort that he kept largely under wraps. “A reputation to protect, after all,” he quips.

He started by learning everything he could about lithium. First used to treat mania and depression in the 1880s, lithium has been in widespread clinical use since the 1960s. As just one atom, it is the simplest of drugs, but its impact on cognition can be profound. For a physicist used to boiling problems down to their simplest state, it seemed the best place to begin.

He spent hours each night immersed in biology, chemistry, neuroscience, and more. Eventually, he pieced together an idea for an experiment to test different isotopes of lithium on rats.

But someone had beaten him to it. In 1986 – the same year that Fisher’s illness asserted itself – a group of scientists at Cornell University had examined how different lithium isotopes impact the maternal behaviour of rodents.

The resulting paper blew Fisher away. Normal rats who had received lithium-7 (the most common naturally occurring isotope) during pregnancy exhibited the hallmarks of depression as mothers. Pregnant rats given the rarer lithium-6 became supermoms, building bigger nests and performing more grooming, feeding, and nurturing of their babies than the placebo group.

Isotopes are different forms of the same element: the nuclei contain the same number of protons but different numbers of neutrons. That means lithium-6 and lithium-7 have slightly different masses. But in water, lithium polarizes the molecules around it to create a hydration shell so large that this difference in mass is rendered moot.

The only other differentiator between the lithium isotopes is nuclear spin. Lithium-7 has a spin of 3/2. In a biochemical setting, it cannot stay isolated from its environment for long. In quantum terms, it “decoheres.”

Lithium-6 has a spin of 1, but is dubbed an “honorary spin ½” because it is largely unaffected by electric fields or charges. Indeed, the lithium-6 nuclear spin can withstand interference – or “remain coherent” – in water for up to five minutes, which is an astoundingly long time for the quantum realm.

Fisher was confronted with a remarkable possibility: nuclear spins might be operative in neural processing. (He has since patented the use of lithium-6 as a mental illness treatment and, at the end of 2015, he spent a sabbatical at Stanford to reproduce the rat experiment.)

But lithium is a trace element, only present at very low concentrations in the body when not taken as a medication. If nuclear spin did play a role in cognition in general, Fisher realized it had to be via another, more commonly occurring element.

He set out to find common biological elements with a nuclear spin of ½. Besides hydrogen, he found only one: phosphorus, which, in the form of the phosphate ion, is central to body metabolism (the storage, transport, and release of energy fuelling biochemical reactions).

Fisher identifies how phosphorus could be a “neural qubit,” with phosphate ions as the possible qubit-transporter. If two entangled phosphate ions are taken up by different molecules – specifically, a kind called Posner molecules – this could function as a “qubit memory.”

The process could create, and potentially sustain, long-term quantum entanglement in the brain.

Long-time friend and colleague Senthil Todadri has been aware of Fisher’s sideline interest for some time. In the 1990s, Roger Penrose visited Santa Barbara to give a lecture on quantum cognition. “As far as I could tell, there were only two people in the room who thought Penrose was not crazy: one was Penrose himself, and the other was Matthew,” says Todadri, who is now a condensed matter professor at MIT and a Perimeter DVRC.

Todadri was skeptical, and for years shut down discussions about the topic. “I didn’t think there was anything to it. I had my biases.”

It wasn’t until 2015 that he finally agreed to sit down and work through Fisher’s ideas. They were both attending the “Convergence“ conference at Perimeter, and felt that the Institute, where venturing off the beaten path is considered good practice, was probably the best place for their long-deferred conversation.

“I was surprised. I expected something wild, but this is serious science,” he says.

A few months later, John Preskill, professor at Caltech, hosted Fisher for a seminar and dinner-group discussion. Afterwards, Preskill wrote on his blog Quantum Frontiers: “These are definitely scientific questions inviting further investigation and experimental exploration. … It’s going to be great fun to see where it leads. If you are a young and ambitious scientist, you may be contemplating the dilemma: should I pursue quantum physics or neuroscience? Maybe, just maybe, the right answer is: both.”

Fisher now hopes to put aspects of his hypothesis to the test, and is seeking funding for further lab experiments to help prove, or disprove, his ideas.

Todadri still isn’t entirely convinced – Fisher’s hypothesis challenges most of what we expect from quantum mechanics – but he says that doesn’t mean the questions shouldn’t be pursued.

“Being skeptical does not mean you can’t ask very specific questions,” he says. “There’s a big difference between [quantum cognition] being very unlikely and being established that it hasn’t occurred. It would be so exciting that it’s worth looking at with a lot of hard-nosed skepticism.”

Fisher hopes his research will stimulate new enquiry into both the brain’s function, and treatment for mental illness. He also hopes that sharing his personal story will help dismantle some of the prejudice around mental illness.

Finally, the yin and yang of Fisher’s life are in the open, and they are pushing him in the same direction. Where it takes him – like the field of quantum biology itself – remains an open question.

“It’s about as multidisciplinary as you can imagine,” he says. “It goes from nuclear spins and organic chemistry to quantum physics and neuroscience. It’s the whole gamut, and that’s good. Maybe something exciting is going to come out.” 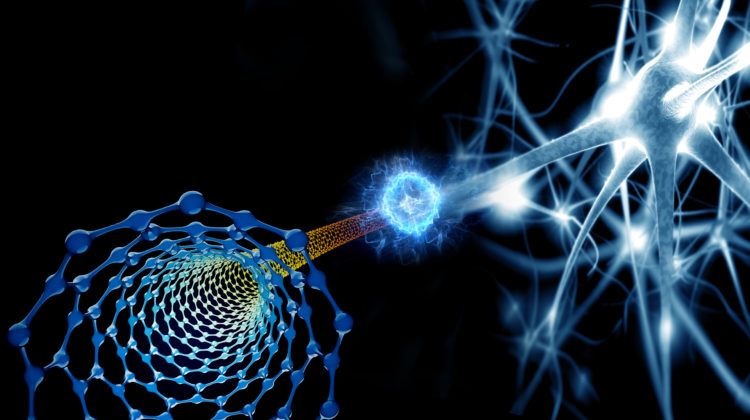 Yakir Aharonov is a giant of quantum theory, a Socratic figure known for pinning the entire field down under one sharp idea after another. 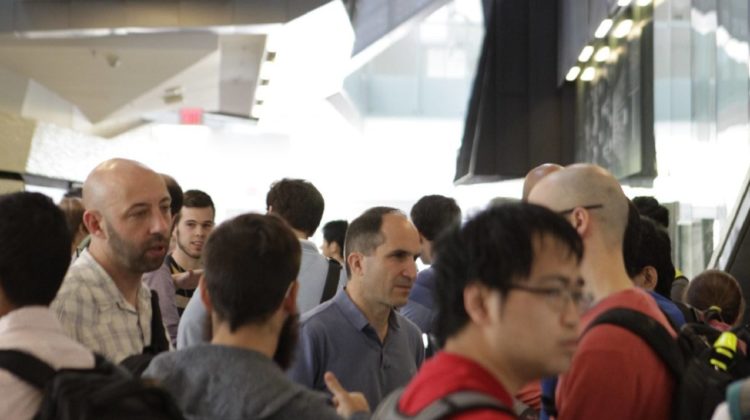 In search of a common language

How physics is breaking down communication barriers between specialties, and hoping to make big discoveries along the way.