They were the trio who dominated science in 2018. After a lifetime defying the odds and broadening our understanding of the universe, cosmologist Stephen Hawking died on March 14. His ashes were interred at Westminster Abbey, not far from the graves of Isaac Newton and Charles Darwin.

Fifty years after discovering pulsars, astrophysicist Jocelyn Bell Burnell was awarded the Special Breakthrough Prize in Fundamental Physics. Almost immediately, she announced that she would donate the $3 million prize to improve diversity in science. (Oh, and she presented an awesome Perimeter Public Lecture, which you can watch here.)

And in December, University of Waterloo professor Donna Strickland received her Nobel Prize in Physics from the King of Sweden. The self-proclaimed “laser jock” is the third woman, and the first in 55 years, to win the prize.

The mystery of the object ‘Oumuamua deepened throughout 2018. First discovered in October 2017, it was initially designated the first interstellar asteroid. Follow-up observations caused researchers to change their minds, deeming the strange, cigar-shaped rock a “mildly active comet.” After pinpointing some places ‘Oumuamua might have dropped in from, scientists decided it was likely neither a comet nor an asteroid, but a new class of “interstellar object.” Most recently, a pair of researchers conjectured that ‘Oumuamua might be an extraterrestrial light sail propelled by radiation pressure. Stay tuned.

Getting a new sense of Mars

In November, the InSight Lander landed successfully on the surface of Mars. How big a deal was that? Very! (The webcomic The Oatmeal explains it all in very entertaining detail.) InSight has already sent back not only images, but also audio clips of alien winds: the very first sounds from Mars detectable by human ears. Bonus: the world’s first alien selfie!

In February, astronomers reported the first evidence that extragalactic exoplanets, much more distant than the exoplanets in the local Milky Way galaxy, may exist. That doesn’t mean we need to start looking for weird alien life, though: it seems Earth has plenty of stuff yet to discover. In December, a team of scientists from 52 countries announced they had found an ecosystem below the Earth’s surface that is twice the size of its oceans, teeming with between 15 billion and 23 billion tonnes of micro-organisms. That’s hundreds of times the combined weight of all the humans on the planet.

Explore our universe from the quantum to the cosmos with Perimeter’s interactive scale.

One of our nearest galactic neighbours, the Andromeda galaxy, has suddenly lost a bunch of weight. Researchers in Australia used the orbits of high-speed stars to show that Andromeda has only a third as much dark matter as previously thought – making it similar in mass to the Milky Way. Maybe now we can share wardrobes!

In July, the hottest news came from under the Antarctic ice. A single high-energy neutrino had flashed through the IceCube Neutrino Observatory at the Amundsen-Scott South Pole Station the previous September. Scientists sent a notice out to telescopes around (and above) the world to let them know what direction it came from. The Fermi Gamma-ray Space Telescope responded to the call and sent back exciting news: the neutrino had come from an active galaxy known as a “blazar,” 4 billion lights years away in the constellation Orion. When the findings were announced this year, it marked a new chapter in multimessenger astronomy. We’ll let the original Ice Cube (and Chris Tucker) demonstrate the world’s reaction:

It was a big year for old light. The Hubble Space Telescope found a totally ordinary star… an astounding 9 billion light years away. Older still: astronomers reported the first signal of the reionization epoch of the universe, which was a mere 180 million years after the big bang. And in a discovery that puts everyone’s 40th birthdays into perspective, scientists at Johns Hopkins University found what could be one of the universe’s oldest stars — and it happens to be in the Milky Way. The unglamorously named 2MASS J18082002-5104378 B (highlighted below) is made almost entirely of materials spewed from the big bang, and is thought to be about 13.5 billion years old. Which means the Milky Way could be at least 3 billion years older than previously thought. No biggie.

Graphene is the quirky eccentric of exotic materials. First created by scientists experimenting with Scotch tape, this single layer of carbon atoms has many unusual properties. It’s the strongest material ever tested, more electrically conductive than copper, and – it was reported this year – it can be tuned to either act as a superconductor or as an insulator. The only thing holding graphene back from world domination is that it’s so expensive to mass-produce. That might not be the case for much longer. MIT researchers have developed a manufacturing process to make long strips of it. Next stop, space elevators?

It’s all fun and games until someone entangles a particle

Quantum entanglement is one of the most curious aspects of quantum physics, leading to some seemingly bizarre consequences – like how measuring certain physical properties of one particle affects the other, no matter how far apart the two are. (Yes, scientists, we know that’s a simplification but roll with us here.) If that seems strange to you, you’re in good company: this “spooky action at a distance” really, really bothered Einstein, too.

But that quantum weirdness gathered even more experimental verification based on the results of an experiment known as the BIG Bell Test, published this year in Nature. The test involved 100,000 people around the world simultaneously playing a “button-mashing” game designed to maximize randomness and unpredictability using human free will, which closed a loophole that the particles themselves might influence the choice of measurement. So the next time your parents complain that you’re playing too many video games, tell them you’re just training to be a scientist.

The US reclaimed top spot in the bid to create the world’s most powerful computer. IBM’s “Summit,” at the Oak Ridge National Laboratory has a peak performance of 200,000 trillion calculations per second, equivalent to 200 petaflops. That comes at a cost, though: the machine cycles through 15,000 litres of water every minute to stay cool and gobbles 13 megawatts of power.

And in December, Canadian astronaut David Saint-Jacques scored an early ticket to space when his flight to the International Space Station left earlier than originally planned. 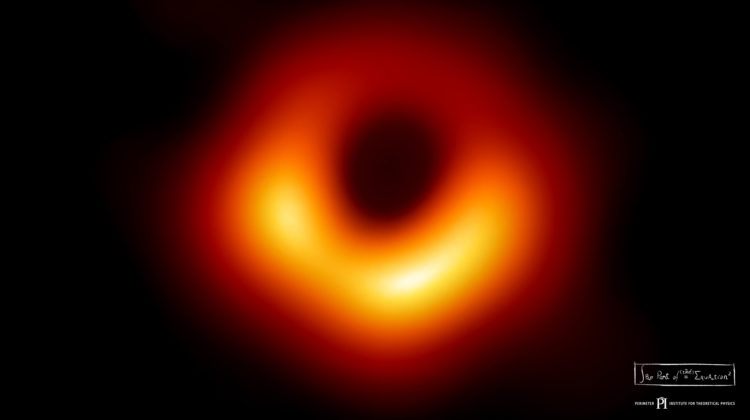 Black holes, quantum quibbles, and a climate in breakdown: A science year in review

It’s been another big year in science. From black holes to quantum quandaries, from cats to climate catastrophe, here we gather up some of the most notable (and some notorious) moments from science in 2019. 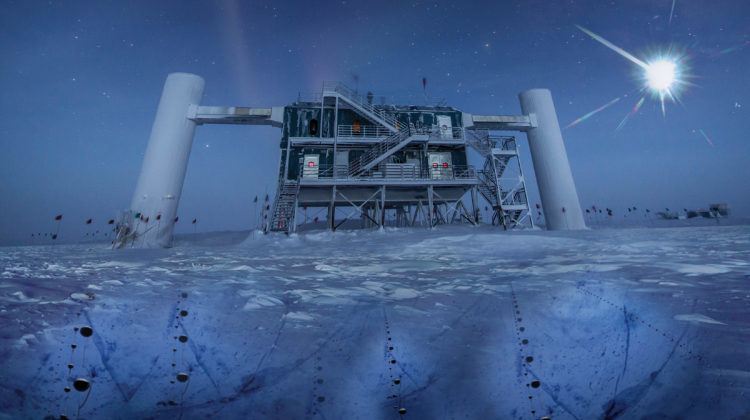 Clarity on cosmic rays from deep beneath Antarctic ice

The IceCube Neutrino Observatory, Fermi Gamma-ray Space Telescope, and other telescopes around the world have pinpointed a source of high-energy cosmic rays for the first time.