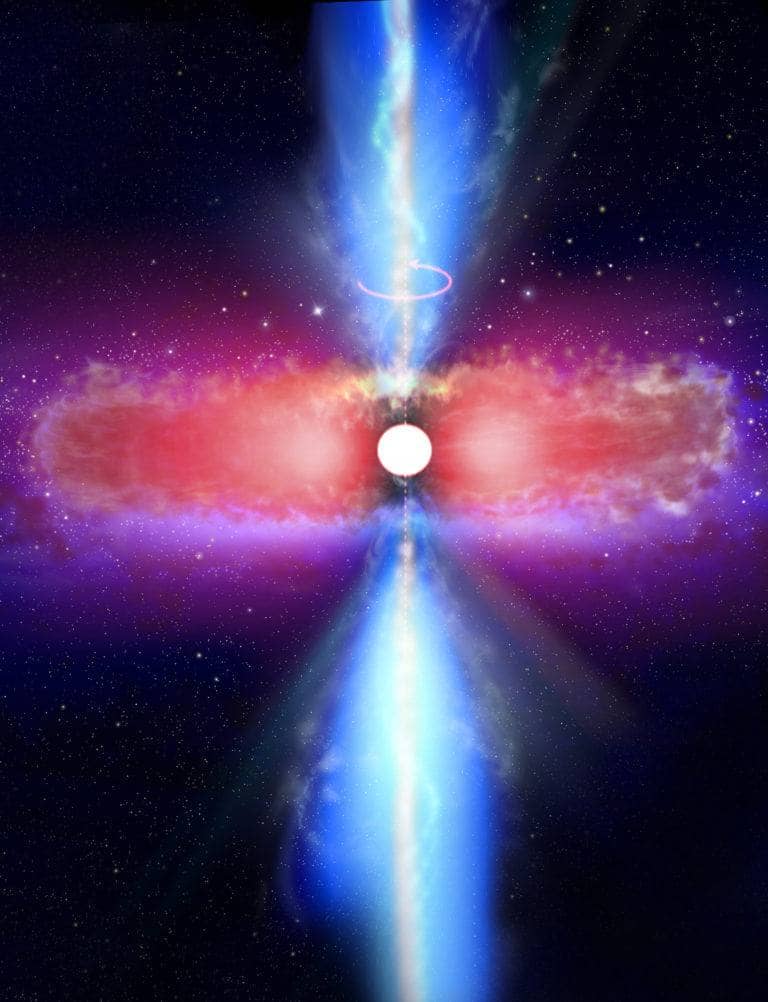 Particles are tiny. They are nature’s most itsy-bitsy building blocks, of which all bigger things – people and pachyderms and planets – are made. Right?

Well, yes and no.

“Particles can be huge,” explains Perimeter Institute Faculty member Asimina Arvanitaki, a theoretical particle physicist. “In fact, they can be larger than a room, or they can be as large as the universe.”

It’s a counterintuitive notion, since our intuition is rooted in the world of everyday experience, where particles are of the tiny variety.

But intuition rarely tells us the whole truth, especially in theoretical physics, where the mind-bending phenomena of quantum mechanics and the extreme gravitational chaos of black holes are at play.

There is no theoretical size limit on particles, says Arvanitaki, “and we have many theories in which particles are not small.”

One such theory has led Arvanitaki and collaborators to an innovative idea that re-imagines black holes as the universe’s homemade particle accelerators, and that may contribute to the discovery of a long-theorized particle.

Suppose, they argue, that a particle’s size – or, more technically, its Compton wavelength – is comparable to that of a black hole. Such a particle can become bound by the intense gravity of the black hole, dragged by its rotating spacetime into a kind of lockstep – a process theorized by, and eventually named after, pioneering astrophysicist Roger Penrose.

Bound together by the Penrose process, the particle and the black hole become what Arvanitaki calls “a gravitational atom in the sky.”

It’s a handy analogy. A hydrogen atom, for example, is a bound state between a nucleus (a proton) and the electron that’s orbiting around it. In Arvanitaki’s “gravitational atom in the sky,” the black hole can be thought of as the proton and the enormous particle cloud is analogous to the electron whipping about.

This idea of particles becoming bound in an atom-like state with black holes is not new. The process was theorized by Penrose in the 1960s and expounded upon by physicist Yakov Borisovich Zel’dovich in the decades that followed.

The idea that this cosmic choreography could function as nature’s own version of the Large Hadron Collider, however, is a new innovation – one that Arvanitaki is “really excited about.” It poses intriguing possibilities in the hunt for nature’s underlying building blocks, including dark matter, the invisible gravitational glue believed to permeate much of the universe.

The “gravitational atom” – the black hole and the particles bound to it – is a dynamic place.

As the incredible forces of the black hole wreak havoc on the surrounding spacetime, a process called superradiance causes the number of particles to grow very quickly – indeed, exponentially – in the orbit around the black hole, extracting energy and angular momentum from the black hole.

Because this exponential growth attracts an ever-expanding cloud of particles, the black hole’s rotation would slow down. This is where “some very interesting things can happen,” says Arvanitaki.

Particles can transition between energy states, producing gravitons (similar to how transitions of electrons in atoms can produce photons – the process by which a laser works). Pairs of particles can also annihilate, transforming into a pair of gravitons – one of which is absorbed by the black hole, the other escaping it. Both phenomena create a signal that can be detected on Earth: gravitational waves.

Arvanitaki believes this process may allow researchers to diagnose the presence of a particle called the QCD axion, a hypothetical elementary particle that is considered by many to be a potential candidate for dark matter, and one which has motivated a great deal of research.

“Since this axion was proposed in the late ’70s, there have been tons of experiments looking for it,” says Arvanitaki. “The great thing about what we did was that we said, ‘Hey, if we look at the sky, we might find it there!’”

Though the QCD axion is a highly sought-after prize, Arvanitaki says her team’s approach can seek “all sorts of other particles,” as long as they are bosons.

Of course, sleuthing out such particles is not quite as easy as just looking in the sky. Even the most sophisticated Earth-bound equipment has been unable to measure such faint signatures from such vast distances.

But that will change later this year when Advanced LIGO, one of the most sophisticated interferometers ever built, begins its search for gravitational waves – one of general relativity’s unobserved predictions.

Made of two perpendicular lasers, each spanning four kilometers, Advanced LIGO will boast a tenfold increase in sensitivity over the original LIGO, and is anticipated to transform gravitational wave science. If black holes, Arvanitaki’s “gravitational atoms in the sky,” are indeed generating particles as her theory predicts, Advanced LIGO may provide the experimental proof.

The enticing possibility of playing a role in such a discovery reminds Arvanitaki of her motivations for becoming a physicist in the first place.

“I just want to know why things are the way they are,” she says. “It’s the ‘why’ that drove me to physics, and still drives me.” 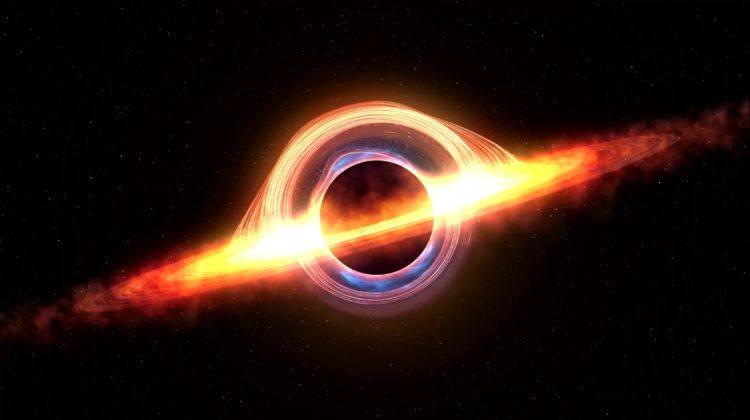