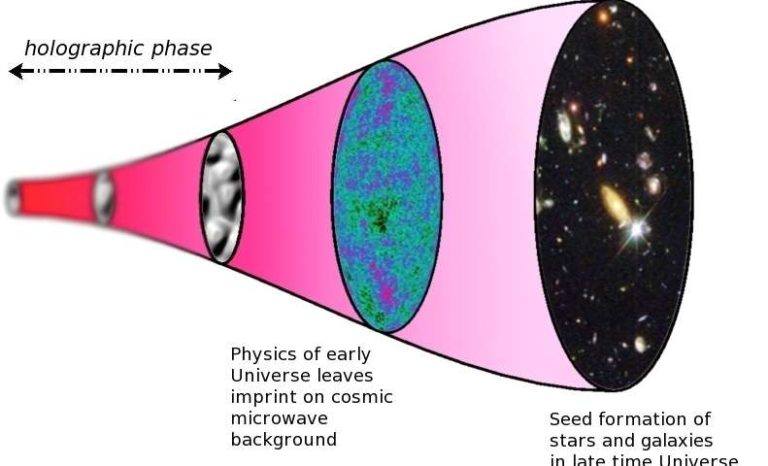 New research into the emergence of space and time has revealed evidence that the universe could have emerged from a two-dimensional “hologram.”

An international collaboration of researchers from the UK, Italy, and Canada – including Niayesh Afshordi of Perimeter Institute and the University of Waterloo – suggests that conventional ideas about the workings of the universe may need to be rethought.

“We are proposing using this holographic universe, which is a very different model of the big bang than the popularly accepted one that relies on gravity and inflation,” said Afshordi in a University of Waterloo release. “Each of these models makes distinct predictions that we can test as we refine our data and improve our theoretical understanding – all within the next five years.”

The notion of a holographic universe emerged several decades ago, but the newly published research provides observational evidence to support a 2D holographic model of the universe.

Such evidence could further quantum gravity, which aims to bridge the two pillars of modern physics: quantum mechanics and Einstein’s theory of gravity.

Read the paper in Physical Review Letters, and a more in-depth explanation of the work at Phys.org.