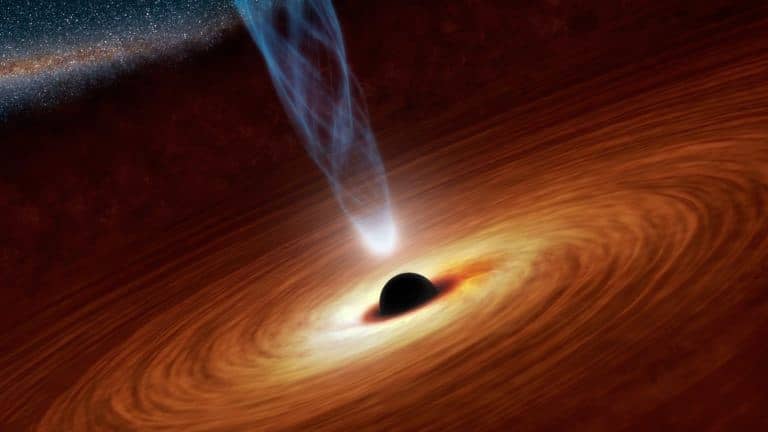 Quantum mechanics is, notoriously, weird. Take entanglement: when two or more particles are entangled, their states are linked together, no matter how far apart they go.

If the idea makes your classical mind twitch, you’re in good company. At the heart of everything, according to quantum mechanics, nature has a certain amount of irreducible jitter. Even nothing – the vacuum of space – can jitter, or as physicists say, fluctuate. When it does, a particle and its anti-particle can pop into existence.

For example, an electron and an anti-electron (these are called positrons) might pop into existence out of the vacuum. We know that they each have a spin of one half, which might be either up or down. We also know that these particles were created from nothing and so, to balance the books, the total spin must add up to zero. Finally, we know that the spin of either particle is not determined until it is measured.

Negative energy is less well known than entanglement, but no less weird. It begins with the idea – perhaps already implied by the positron and electron popping out of nowhere – that empty space is not empty. It is filled with quantum fields, and the energy of those fields can fluctuate a little bit.

In fact, the energy of these fields can dip under the zero mark, albeit briefly. When that happens, a small region of space can, for a short span of time, weigh less than nothing – or at least less than the vacuum. It’s a little bit like finding dry land below sea level.

Despite their air of strangeness, entanglement and negative energy are both well-explored topics. But now, new research, published as a Rapid Communication in Physical Review D, is hinting that these two strange phenomena may be linked in a surprising way.

The work was done by Perimeter postdoctoral fellow Matteo Smerlak and former postdoc Eugenio Bianchi (now on the faculty at Penn State and a Visiting Fellow at Perimeter). “Negative energy and entanglement are two of the most striking features of quantum mechanics,” says Smerlak. “Now, we think they might be two sides of the same coin.”

Specifically, the researchers proved mathematically that any external influence that changes the entanglement of a system in its vacuum state must also produce some amount of negative energy. The reverse, they say, is also true: negative energy densities can never be produced without entanglement being directly affected.

At the moment, the result only applies to certain quantum fields in two dimensions – to light pulses travelling up and down a thin cable, for instance. And it is with light that the Perimeter researchers hope that their new idea can be directly tested.

“Some quantum states which have negative energy are known, and one of them is called a ‘squeezed state,’ and they can be produced in the lab, by optical devices called squeezers,” says Smerlak. The squeezers manipulate light to produce an observable pattern of negative energy.

Remember that Smerlak and Bianchi’s basic argument is that if an external influence affects vacuum entanglement, it will also release some negative energy. In a quantum optics setup, the squeezers are the external influence.

Experimentalists should be able to look for the correlation between the entanglement patterns and the negative energy densities which this new research predicts. If these results hold up – always a big if in brand new work – and if they can make the difficult leap from two dimensions to the real world, then there will be startling implications for black holes.

Like optical squeezers, black holes also produce changes in entanglement and energy density. They do this by separating entangled pairs of particles and preferentially selecting the ones with negative energy.

Remember that the vacuum is full of pairs of particles and antiparticles blinking into existence. Under normal circumstances, they blink out again just as quickly, as the particle and the antiparticle annihilate each other. But just at a black hole’s event horizon, it sometimes happens that one of the particles is sucked in, while the other escapes. The small stream of escaping particles is known as Hawking radiation.

By emitting such radiation, black holes slowly give up their energy and mass, and eventually disappear. Black hole evaporation, as the process is known, is a hot topic in physics. This new research has the potential to change the way we think about it.

Call it the last gasp of a black hole.

Classical physics and quantum mechanics don’t always play together, but they can still have a productive working relationship.