“Inspiring Future Women in Science” event delivers bold dreams and reality-checks for science-loving teens: the world is full of possibilities, but you’ll have to work hard for them.

How does one become a scientist? It’s a simple question with a complex answer.

Much like the process of science itself, the route from student to STEM professional is often punctuated with serendipity, intuition, wrong turns, and the occasional “eureka” moment.

Leading astronomer Emily Levesque had to choose between her love of the stars and her love of the violin. Jesse Popp studied to be a veterinary technician before realizing it was a passion for biology that got her out of bed each day. General surgeon Monica Torres had to completely re-do her medical training when she came to Canada from Colombia. And mechanical engineer Martha Lenio built an eclectic career around the hope of becoming an astronaut. (She’s still working on it.)

But so, too, was the message that STEM is for everyone. During keynote speeches, a panel discussion, and a “speed mentoring” session with professionals across the STEM spectrum, the message was loud and clear: passion and perseverance can take you a long way.

Eugenia Duodu is a chemist. She also grew up in a low-income community in Toronto, where her only ideas of being a scientist involved being old, male, and white.

While she loved science, she didn’t consider it seriously until she took a bio-tech class at high school. “I killed it, and I loved it. I started to feel very confident,” she said. Yet her guidance counsellor advised her against a science-heavy courseload, cautioning that it might be too hard.

With her mom’s adamant support, Duodu enrolled in those high school science courses anyway, and flourished. Then she enrolled in science at university, and flourished. Slowly, she gravitated more and more towards chemistry, and ended up pursuing her PhD working on therapeutics. But that was not the end of the story.

“Throughout my PhD, this question was still plaguing me: ‘What are you doing with your life?’” she said.

“I still didn’t know. A common myth is that your path is clear – you know because you’re studying something. But I was still very much involved in my community. For a long time, I felt like these worlds [science and community] had to be separate. I was putting science in a box, and I was putting scientists in a box.”

In the end, she combined her passions as the CEO of Visions of Science, a non-profit that provides STEM outreach to youth in low-income communities.

“The ways I was solving things in the lab was applicable to how we can solve things all over the world,” she said. “You can be many things. All of the components of yourself, you bring to the table. Bring that strong.”

The future of science

For the teens in the audience and watching online, the discussions opened their eyes to the huge variety of STEM careers, and to the hard work it takes to succeed.

Eema Kagoma, a Grade 12 student at St. John’s College in Brantford, wants to be an architect. Before the event, she had assumed that following that career path would require setting aside her favourite subject: chemistry. Now, she’s keen to pursue chemistry as an elective at university.

The sheer variety of STEM careers took Amanda DeGasperis by surprise. “You can’t always judge the job by the title. Jobs that I thought were certain things were actually completely different. It was really interesting,” said the Grade 11 student at St. Elizabeth Catholic High School in Vaughan.

Many of the students were surprised – and relieved – to discover that it’s okay to not yet know what they want to study. Indeed, keeping an open mind means they won’t close doors before they need to.

“You think that people who are so successful must have known from their childhood, but in actuality they didn’t,” said Serina Ykema-King, from Glenview Park Secondary School in Cambridge.

“It’s nice to hear, because you go through high school worrying about what you want to be when you grow up. It’s more about living in the moment and just trying your best today, because tomorrow you’re going to find your path.”

All of the speakers agreed on one major point: there is more to STEM than meets the eye. Sadly, though, most youth don’t really get to see that varied landscape.

Mechanical engineer Martha Lenio didn’t know what an engineer did when she enrolled in the program at the University of Waterloo. She wanted to be an astronaut, and figured it’d be handy to be able to fix the spaceship.

And she can attest to the variety of opportunities engineering can open up. Her unusual career has included teaching elementary school in Ghana, working on solar energy in Australia and Canada’s north, and leading a NASA-sponsored mission in a “fake space” dome in Hawaii.

It’s not the kind of pathway you could plot out from the start. Rather, it built and grew because Lenio was open to both opportunity and uncertainty.

“There’s not one right way to go through engineering,” she said.

And as for those goals of being an astronaut? Like the students in the audience, Lenio is still dreaming big. “There’s still a possibility. There’s going to be another call for astronauts in four years. Maybe…”

Click through to see all of the day’s talks.

Quotes of the day 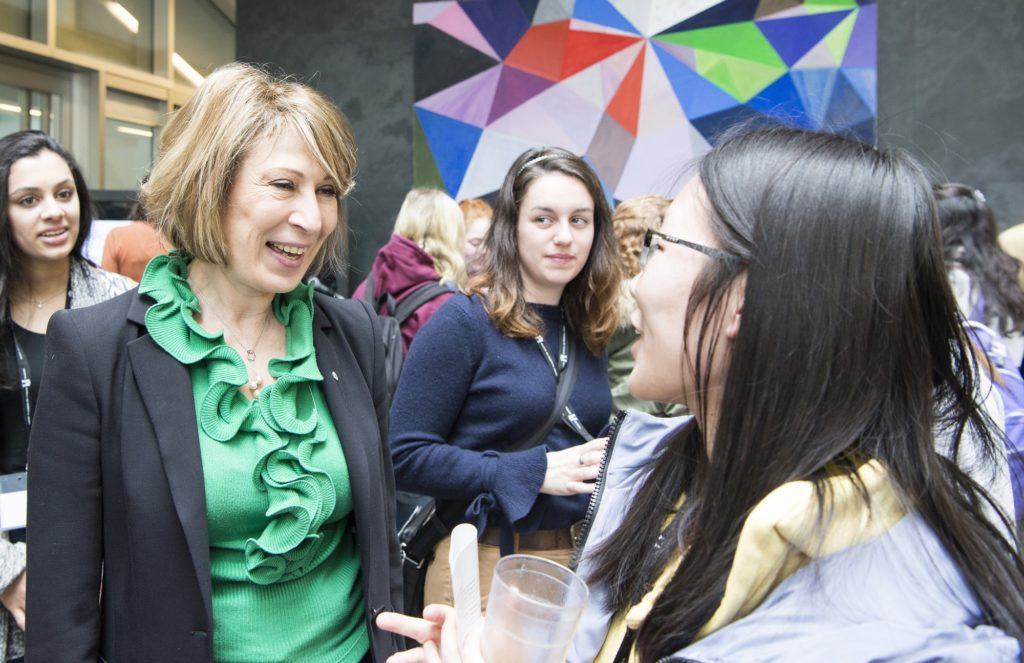 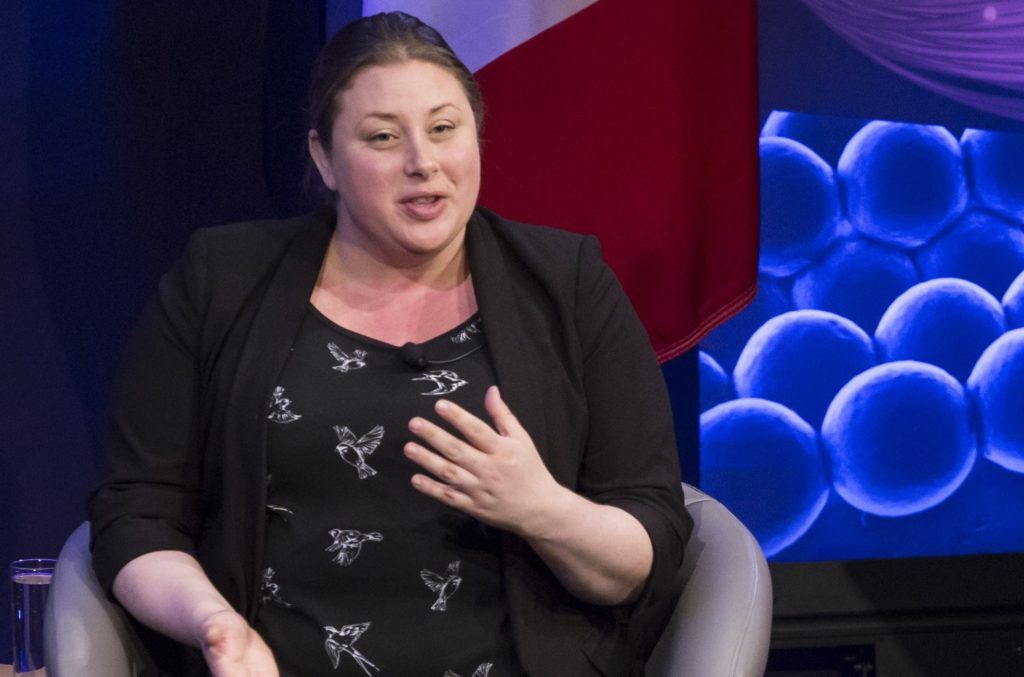 “I’ve made my dreams come true, and in my own little way I’m contributing to making the world a better place. You all have that inside you. Be confident. Let yourself shine. You really can do anything.” 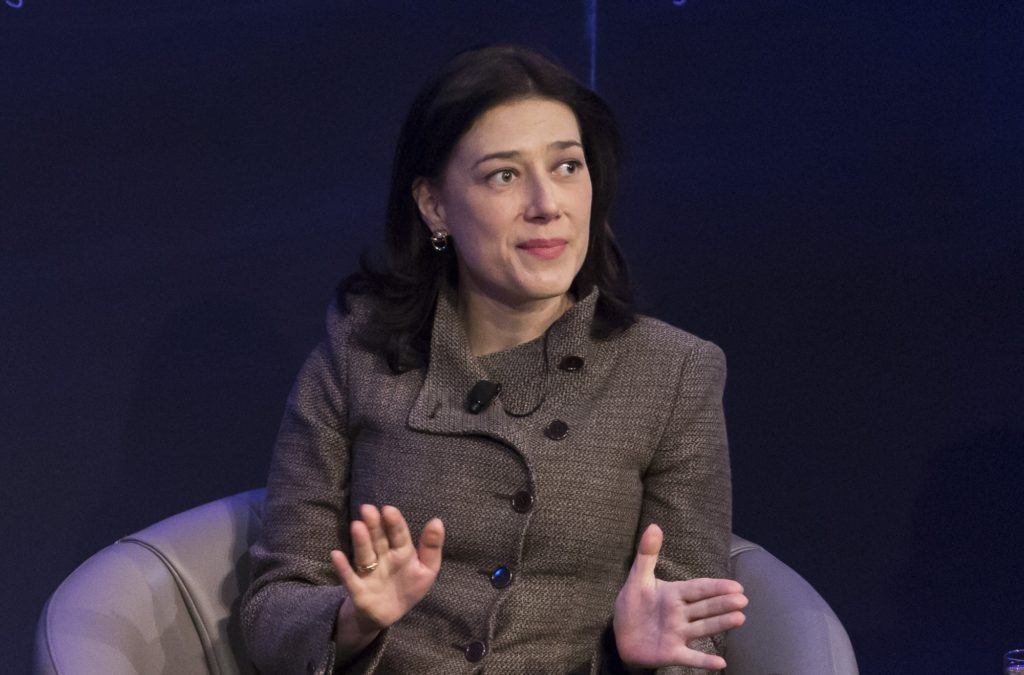 “The more international experiences you can gather, the better. When you grow up in only one country, you only have one vision. As soon as you leave for a more developed – or less developed – country, your vision grows. That opens your mind.” 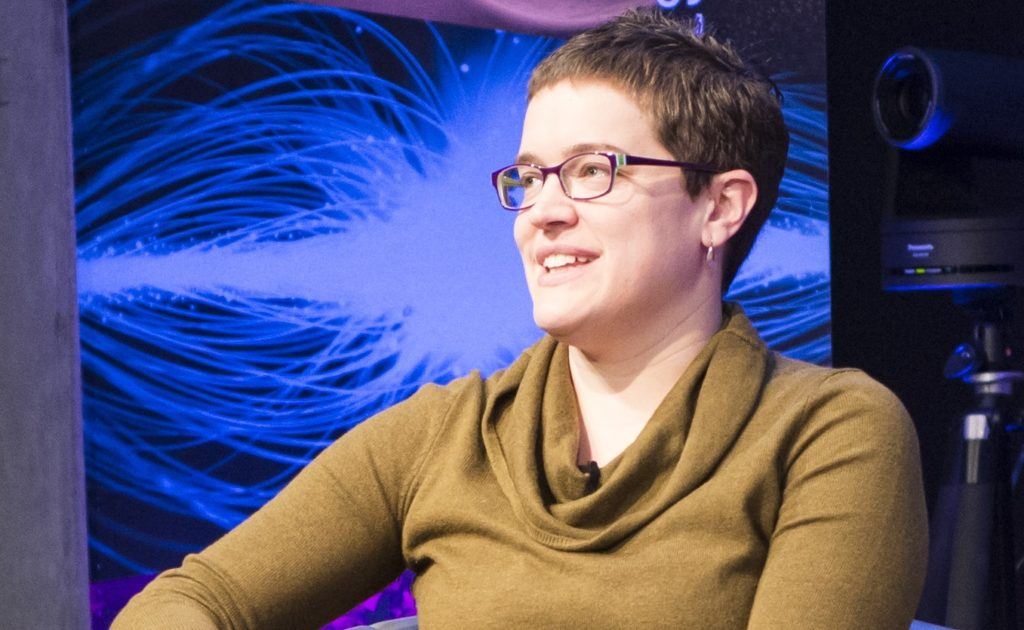 “Try not to confine yourself to a box. Really step back and think about what you want to work on that would make you push past the failures and the crying. Then go ahead and pursue that.”