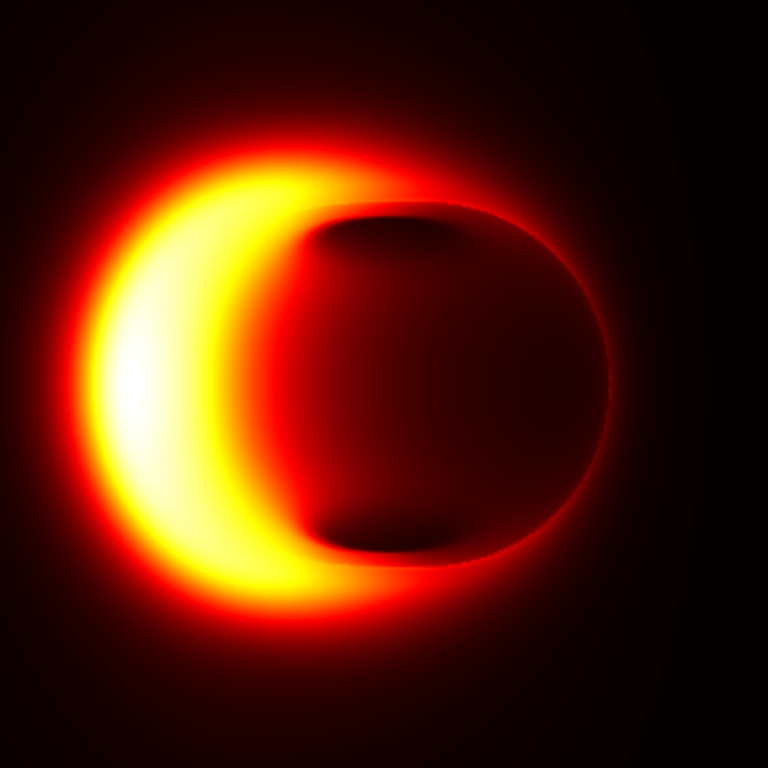 If Einstein’s theory of gravity has any loopholes, the best way to find out may be to look carefully at regions where gravity is its most extreme: black holes.

Thankfully, the Event Horizon Telescope (EHT) – a global array of interconnected radio telescopes – offers the incredible sensitivity and resolution to do just that.

A research team led by Perimeter Institute’s Tim Johannsen and Avery Broderick proposed a new method for using observations of Sagittarius A*, the supermassive black hole at the centre of our galaxy, to determine whether general relativity’s predictions hold up or fail.

The key to their research, published recently in Physical Review Letters, is a tell-tale “shadow” of the black hole, silhouetted against the superheated glowing material falling past its event horizon. The shape of that shadow, if general relativity’s predictions are correct, should be almost perfectly circular.

But if Einstein’s predictions are off and genereal relativity is not correct, the shadow could have an irregular shape. “That would be a smoking gun for a violation of general relativity,” said Johannsen, a postdoctoral researcher at Perimeter Institute and the University of Waterloo. “So that is the effect we’re exploring here.”

What they found from examining nearly seven years’ worth of EHT observations is that general relativity holds up quite well. “We were able to place tight constraints on a potential deviation from general relativity,” said Johannsen.

Broderick, an Associate Faculty member at Perimeter and the University of Waterloo, said researchers expect to expand on this work with even greater precision as more telescopes become part of the EHT array in the next year.

“What this work implies is that the era of high-precision strong gravity research has begun,” Broderick said.