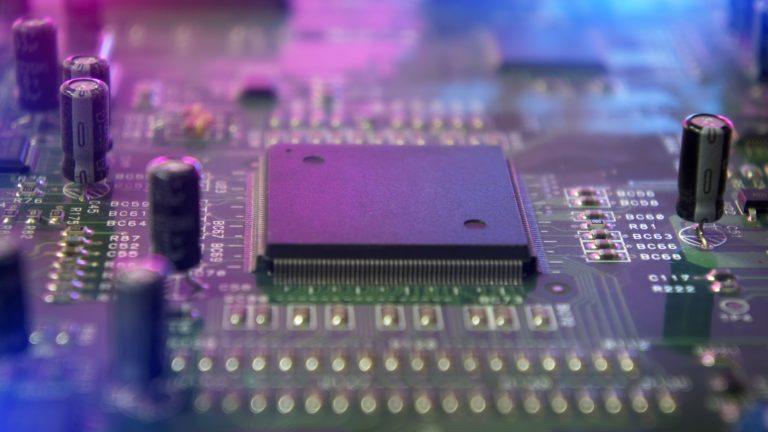 by Eamon O'Flynn / Perimeter Institute for Theoretical Physics
on Oct 12, 2017

It’s often said (by us, anyway) that today’s theoretical physics is tomorrow’s technology. Historical examples abound – the laser, GPS navigation, medical imaging – but none is as prevalent as the transistor.

Where would we be without transistors? The world would be reminiscent of the joke documentary “A World Without Zinc” from a classic episode of The Simpsons:

The silly dystopia of a zinc-free world imagined by The Simpsons pales in comparison to what our world would be like without the humble transistor. And the transistor would not exist without the fundamental physics research that preceded it.

The first patent for a transistor – basically a fancy conductor — was filed in Canada(!) in 1925 by a physicist named Julius Edgar Lilienfeld. Then, three physicists – Walter Brattain, William Shockley, and John Bardeen – built the first transistor at Bell Labs in 1947 (and shared a Nobel for their efforts). Over the ensuing decades, the technology improved steadily, until it replaced vacuum tubes and kicked off a computing revolution.

Today, we rely on transistors for almost everything we do – they are the key components of nearly all electronics. Here are just a few of the ways you encounter transistors over the course of a regular day:

Wake up with a transistor

When your accursed alarm clock wakes you each morning, the transistor makes that happen. Not only does it allow you to program an alarm, but transistors are used for amplification, which makes your alarm LOUD! Thank a transistor next time you arrive at work on time. When you’re late, blame the transistor that makes the snooze button work.

Turn the key, crank the tunes, drive. Your car stereo uses loads of transistors to play and amplify music. And unless you’re driving a hand-me-down clunker from your parents, you’re probably driving a car in which practically everything – engine timing, automatic lights, climate control, and monitoring of thousands of measurements per second – is done by computer. Aside from the steel, glass, plastic, and comfy seats, your car is practically made of transistors.

Transistors control every function of your computer, from turning screens on and off to executing programs, and more. If your computer is doing anything aside from being a paperweight or cat bed, it’s using a transistor. Billions of them, actually.

Those footsteps aren’t going to count themselves! Everything from treadmills to newfangled jump-ropes use transistors to count progress. Without them you’d just be running outside, surrounded by nature and stuff (and even then you’d probably be using a Fitbit or running app – more transistors).

Anything you do with your phone

Do you call people on the phone? True, this isn’t the 2000s – it’s all about face-chatting or tweetbooking or something nowadays. Nevertheless, that incredible little computer in your purse or pocket is made possible by transistors, from the audio on calls to the switch that changes the brightness of your screen. The same tech is (obviously) used in tablets, e-readers, and other things that spare us the awkward inconvenience of interacting with real people face-to-face.

No, not coffee. The vast majority of North Americans watch TV – way too much of it – and for many of us it’s the last thing we do before going to bed (or while in bed). Without transistors, your TV, Apple TV, Chromecast, DVD player, Blu-ray player, Xbox, and everything else wouldn’t work. Could you imagine a world without 24/7 instant access to Star Trek: The Next Generation?

So, next time you do practically anything, just remember to thank physics for making it all possible. If you’re tech-averse and prefer to spend your time reading paper books, be sure to thank physics for the laser printers and robotic binding machines that create them. Living some sort of no-tech-paleo existence? We’d bet you, or someone you interact with, are using something with transistors that makes your life better. Transistors are everywhere. Thanks physics.

We’ve established that transistors basically make the world go ’round. But what makes them go ’round?

Transistors are essentially switches that can control the flow of electricity. Transistors can be made incredibly tiny because, unlike a mechanical switch, they don’t require any moving parts. Instead, transistors are made out of “semiconductors” (materials that, as the name implies, are neither fully conductive like metals, nor non-conductive like, say, wood) and can be turned on or off by simply applying a small amount of electric current. The small current flips the switch “on” and can also allow a much larger amount of electric current to flow through – giving the transistor its amplifying characteristic, and making it (as we’ve seen above) infinitely useful.

But how do semiconductors do all that? Watch this video by YouTube science guru Veritasium for an engaging in-depth explanation: