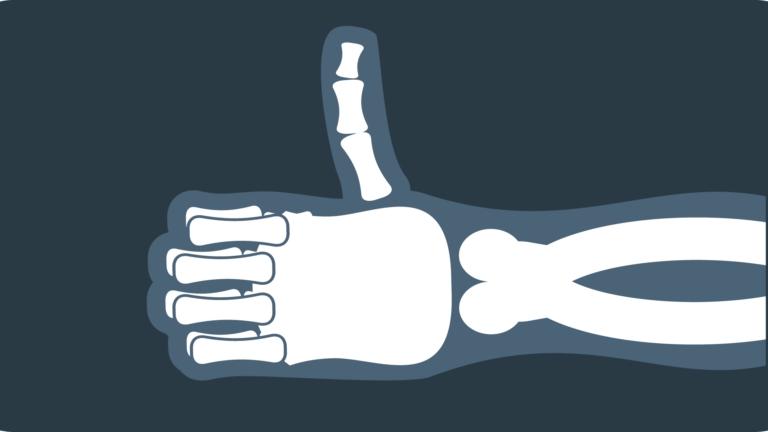 by Eamon O'Flynn / Perimeter Institute for Theoretical Physics
on Feb 01, 2018

The term “radiation” can have a tendency to bring to mind some terrible things, like nuclear fallout or Godzilla (although he came in handy when King Ghidorah popped up).

Negative perceptions of radiation were shaped, in part, by a string of movies that blamed radiation for all manner of horrors, from the aforementioned giant lizard to George A. Romero’s brain-hungry zombies. If films from the 1950s and 1960s are to be believed, radiation is horrible in every way.

The truth: radiation’s dangers (not zombies, we hope) are far outweighed by its benefits.

So just what is radiation, anyways? “Radiation” refers to the transmission of energy in the form of waves or particles through space. It includes electromagnetic radiation (from gamma rays to radio waves) and acoustic radiation like sound, as well as particle and gravitational radiation, which are more familiar to geeks scientists.

We’ve known about radiation in some form or another for centuries and we’re still finding new ways to use it. The lesson: physics can take time, but it sure is worth the wait.

Here’s a bunch of ways radiation makes our lives better:

Let there be light

Sunshine is radiation. So, without radiation, we simply wouldn’t exist. On top of that, artificial light in all its forms springs from physics discoveries in the early 19th century. From light bulbs to television screens, the lights in our life shine thanks to our ability to understand and harness radiation.

This technology has saved many lives and treated countless injuries over the last century. If you’ve ever broken a bone or had a cavity filled, chances are you’ve benefitted from it. Other medical imaging technologies, like ultrasound and magnetic resonance imaging, are also applications of discoveries about radiation made by physicists.

Roughly half of all cancer treatments include at least one round of radiation therapy. This medical technique uses high-energy radiation to shrink tumors and kill cancer cells, saving millions of lives worldwide. Patriotic note: this technique is a Canadian innovation!

Microwave ovens are pretty darn convenient. Want some popcorn? Push a button, wait two minutes. Got leftovers? Reheat! Want to see tin foil burst into flames? Kidding, don’t do that. Microwaves use radiation at a specific frequency to agitate molecules in your food. As these molecules vibrate, they produce heat, which warms your food. Cool physics factoid for cocktail parties: the microwave was invented by accident in the 1940s by scientists building a large magnetron. Physicist Percy Spencer noticed that his nearby candy bar melted, so he tried cooking an egg (which exploded) and popcorn. He patented the microwave oven in 1945, and the rest is delicious history.

Do you like clean food? We like clean food. Certain types of radiation, such as X-rays and ultraviolet light, kill germs without harming the food being disinfected. When treated with this radiation – which does not make the food radioactive in any way – your food comes out cleaner, takes much longer to spoil, and doesn’t require toxic chemicals. We also use ultraviolet light to disinfect drinking water. So, radiation is keeping you healthy. The field was pioneered by Niels Ryberg Finsen, who won a 1903 Nobel Prize for his “contribution to the treatment of diseases … with concentrated light radiation.”

Using the process of fission (splitting an atomic nucleus into smaller parts), nuclear reactors heat water, creating steam that spins massive turbines to create electricity. While the process creates nuclear waste, it’s also capable of producing massive amounts of energy without carbon emissions, making it an important part of the grid as societies move towards green energy production. Fission was discovered by physicists Otto Hahn and Fritz Strassmann in 1938, and explained theoretically the following year by Lise Meitner and Otto Frisch.

The fact that we understand how light works has made everything from projectors to television to computers possible. But if you set aside the technical accomplishments, radiation has also served as the inspiration for many great stories (even if they make it seem much scarier than it actually is). Spider-Man was bitten by a radioactive spider. The Incredible Hulk and the Fantastic Four were exposed to radiation. Radiation defined the horror/monsters genre in the 1950s and 1960s, and Homer Simpson works at a nuclear power plant. In a weird, roundabout way, radiation has given us a lot of cool fiction.

Radiation is everywhere, and, thanks to physics, we know how to use it to make our lives better. Next time you switch on a light or use your mobile phone, utter a word of thanks to Curie, Maxwell, and a whole host of curious scientists (unless your mouth is stuffed with microwaved popcorn).