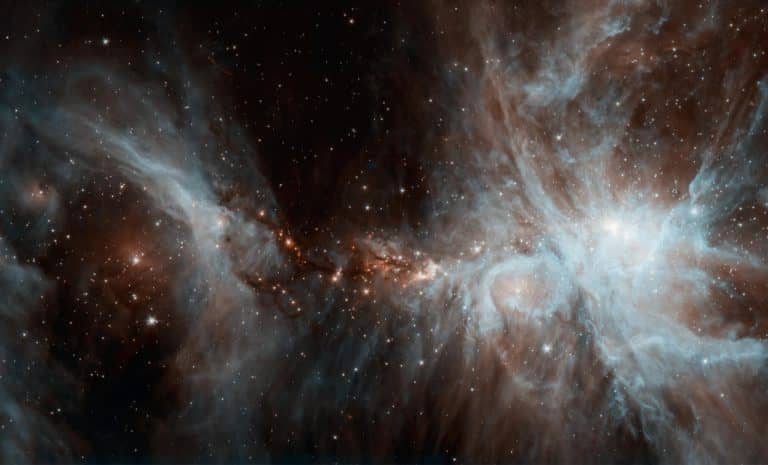 Sometimes, in order to make progress, you have to start at the beginning.

Laurent Freidel has decided to start with Euclid, the ancient Greek mathematician known as the “father of geometry,” who gave us our usual notion of space, as an empty three-dimensional theatre.

Things can move up and down, backwards and forwards, and from side to side, within “space.” But most people don’t imagine space itself as anything more than a backdrop. It’s just there.

That intuitive and hard-to-dislodge notion is what Freidel, a Perimeter Institute Faculty member, is trying to shake up.

He and his co-authors, Robert Leigh of the University of Illinois and Djordje Minic of Virginia Tech, recently published a paper, Quantum Spaces are Modular, which revisits the very notion of Euclidian space from the point of view of quantum mechanics.

“Physics has undergone many revolutions, especially with quantum mechanics, but the concept of space is still the same one that people used 2,300 years ago,” he says.

This is despite the fact that, in the past century, the understanding of nature has been revolutionized by two great theories. One is Albert Einstein’s general relativity, which describes gravity in the way that planets and suns and galaxies curve the very fabric of spacetime. The other is quantum mechanics, which describes the subatomic particles and forces at the heart of nature.

Yet it has been exceedingly difficult to reconcile the two. There have been many attempts to get a theory of quantum gravity at the subatomic scale, “but the full picture still escapes us,” Freidel says. “I think that one of the reasons it has escaped us for nearly a century is because we still haven’t given up this one thing – the idea that space exists independently of the objects in it.”

Freidel and his collaborators Leigh and Minic, have been thinking about this and related ideas for the past five years. Their effort to revise the notion of space to take quantum mechanics into account has not been an easy task, because the quantum realm is bizarre.

Moreover, the coffee mug of our everyday world can only change colour if someone in the local environment replaces it with a different colour mug. This is known as “locality,” or the principle of local action. But not so for quantum coffee mugs. Selecting a blue quantum coffee mug here might instantly change the color of the quantum coffee mug on the other side of the universe. This non-locality in the quantum world bothered Einstein enormously – so much so that he called it “spooky action at a distance.”

While physicists have come to accept non-locality as a feature of quantum particles and forces, the notion of space itself is still local. It is thought of as being just there, independent of anything else. This is the conundrum Freidel is trying resolve with his concept of modular space. “We found that we get a notion of space that accommodates non-locality,” he says.

The name, modular space, is derived from the mathematical concept of “modular variables” introduced in 1969 by Yakir Aharonov, a physicist now at Chapman University in California and Distinguished Visiting Research Chair at Perimeter Institute.

Modular variables are used in working out the non-local equations of motion in dynamic quantum mechanical interactions. Freidel is using them to derive modular space – a kind of space that is relational and dynamic.

Just as we can imagine space as a braiding together of a set of co-ordinates (the 11th floor of a building at a specific intersection in a certain city) physicists can braid together a set of quantum mechanical operations in what is known as “phase space.”

Specifically, Freidel is braiding together the possible positions and momenta of interacting quantum strings, which are one-dimensional loops of vibrating energy. Just as the vibrating strings of a musical instrument produce different notes, the different vibrations of strings in string theory manifest as the particles and forces of nature.

“Normally we think of space as this rigid thing that the strings vibrate in. We are changing that assumption and saying that space does not exist independently of the object,” he says. “The way that these objects interact is what defines the space.”

In this picture, space becomes something more like a relationship in which “near” and “far” depends on the context, Freidel says.

“You can feel close to someone who is on the other side of the planet, because they are next of kin, or you might have a neighbour who is close to you physically but is distant in terms of the relationship.” He is bringing a similar flexible concept, a kind of “relative locality,” to the notion of physical space at the quantum level.

Freidel admits that there is much work yet to be done.

For one thing, he and his colleagues need to tie modular space with the concept of time, and they are a long way from tying it to the theory of gravity.

But Freidel says these are the kinds of ideas that get physicists back to the drawing board. “If we want to take the next step, we have to change the foundation,” he says. That’s why he wants to revisit Euclidian space.

“The key foundation to change is space,” he says. “I think it is a new beginning.”