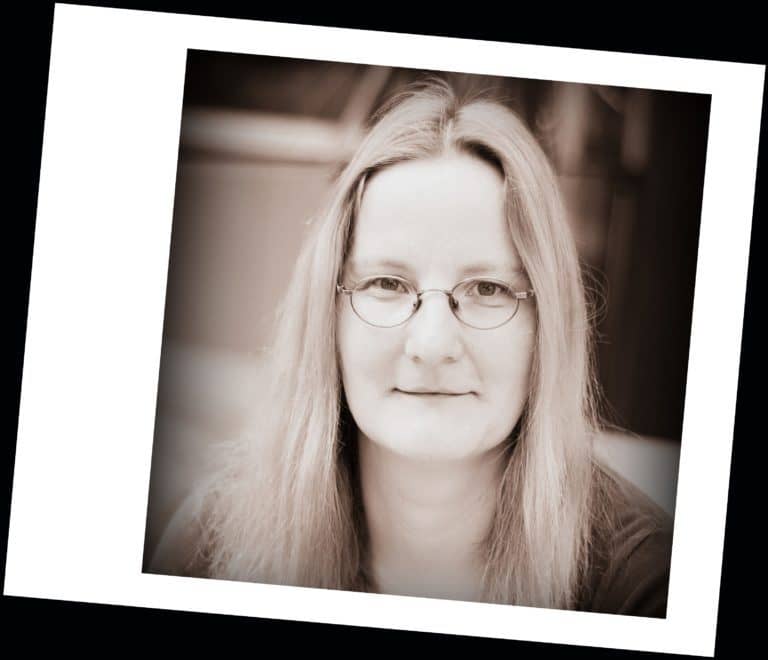 Imagine driving along a road that traverses a beautiful landscape. Around every corner, there is a new vista of natural beauty to explore. Suddenly you come to a chasm.

You can see a road on the other side, but how do you get there to complete the journey? You need a bridge.

That’s the state of physics today, and Bianca Dittrich, Perimeter Institute researcher in mathematical physics and quantum gravity, is one of the people trying to build that bridge.

On one side of the chasm is the road built by Albert Einstein’s theory of general relativity. It describes the force of gravity as the warping of spacetime by large masses such as planets and stars.

On the other side is quantum field theory, our best description of interacting particles and the three other forces (the strong and weak nuclear forces and electromagnetism) operating at minuscule subatomic distances.

The theories are incredibly successful in their respective realms, yet they are so different, both in formulation and conceptually, that it is difficult to bridge them.

“Basically, we are trying to bridge all of the scales that we know,” Dittrich says. “That is what physics is about, but it is very hard. You need to bridge all of these scales by modelling the tiny scales, and show that this model actually does indeed describe reality as we know it at macroscopic scales.”

In general relativity, spacetime is smooth and continuous. If you were to zoom in with a microscope to arbitrarily small distances, it should look the same as it does when you zoom out for the larger view. Quantum field theory, on the other hand, describes particles and forces that come as discrete “packets,” and spacetime would also have to be discrete and granular, like the pixels in a photograph.

Scientists need a theory to describe the force of gravity at the quantum scale, and it must be consistent with the larger picture of general relativity. Building the bridge to a theory of quantum gravity is what occupies many physicists around the world today.

It is easier said than done. If general relativity is scaled down to the quantum size, you start to get nonsensical “infinities” in the calculations. “Quantizing gravity sounds simple, in that it should be just the quantization of another force, besides the three forces (the non-gravitational forces) that were quantized decades ago,” Dittrich says. “But in fact it is a very hard and open problem.”

There are many approaches to this longstanding problem. In loop quantum gravity, for example, physicists speak in terms of “spacetime atoms” linked together in a network like a fine mesh. This provides a model of what spacetime itself is made of.

But in a recent paper, “3D Holography: From Discretum to Continuum,” Dittrich and co-author Valentin Bonzom, now an assistant professor at Université Paris 13 who was previously a postdoctoral researcher at Perimeter Institute, tested a different approach, based on the holographic principle.

The holographic principle says everything that happens in a given space can be explained in terms of information stored on the boundary of that space. (The principle takes its name from holograms, in which two-dimensional surfaces contain all the information needed to project a three-dimensional image.)

A popular mathematical framework based on the holographic principle is known as the AdS/CFT correspondence. AdS is short for anti-de Sitter space, which describes a particular kind of geometry. Just like a bowling ball will stretch a rubber sheet, the elliptical shape of anti-de Sitter space can also stretch or contract, thus allowing it to describe gravity.

CFT, meanwhile, is short for conformal field theory. Field theories are the language of quantum mechanics and can describe, for example, how an electrical field might change over space and time.

But the holographic principle applies to infinitely large boundaries, and Dittrich and Bonzom wanted to see if it could also hold for finite boundaries, and for other types of geometries apart from AdS. This would then provide a more manageable way of describing a piece of spacetime, and understanding the microscopic details as they reconstruct the spacetime bulk.

Working with a boundary without worrying too much about the bulk “very much simplifies the construction of a theory of quantum gravity,” Dittrich explains.

They tested this in three spacetime dimensions, and “it turned out that the holographic principle indeed holds for finite boundaries, and we also obtained a very simple description of how to translate the boundary data into the geometry of the bulk,” she says.

That this could be done in 3D was not too surprising, but the more challenging part will be extending this work into 4D space, Dittrich adds.

Most theories of quantum gravity require the force of gravity to also be mediated by hypothetical particles called gravitons. If Dittrich can get her model to work in 4D, then she will have successfully taken it into a realm where gravitons exist. “Gravity can propagate through that spacetime,” Dittrich says.

Dittrich has been on the physics road for some time. She grew up in Germany, reading a lot of popular books about science, as well as history and literature, and when she finished high school she considered various options, including areas such as geo-ecology.

But she realized it was physics that could take her on the journey to the most complete understanding of nature. “If you want to understand why something works, the answer is in physics,” she says.

Now, she is designing another bridge that will span that chasm between the two great roads and carry physicists to that more complete understanding of nature.