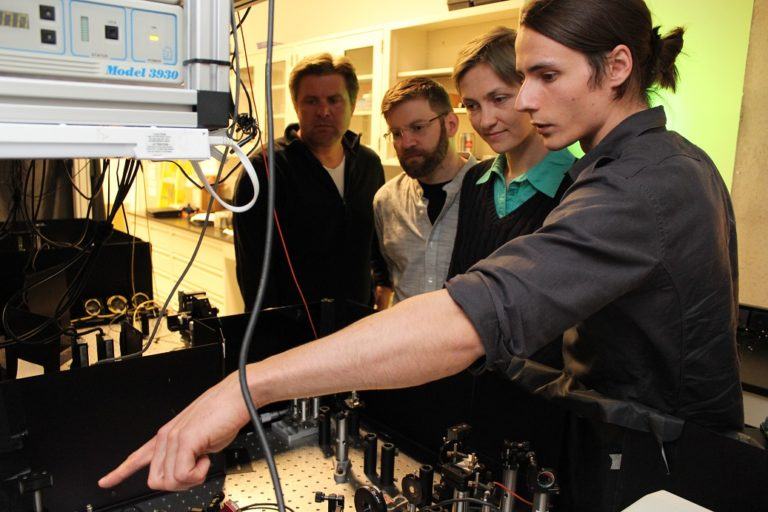 What we experience as cause and effect in our everyday world may work in a profoundly different way in the subatomic realm of quantum mechanics, according to new work published by researchers at Perimeter Institute and the Institute for Quantum Computing (IQC) at the University of Waterloo.

This finding builds on research the team published in 2015, which demonstrated that certain kinds of correlations in the quantum world actually do imply causation.

The research team, consisting of Robert Spekkens of Perimeter Institute, Canada Research Chair in Quantum Optics Kevin Resch, and PhD students Jean-Philippe MacLean and Katja Ried, found a new kind of physical mixture of causal mechanisms, in which the mechanisms act quantum-coherently with one another.

The work builds on research published in Nature Physics in 2015 that showed that certain kinds of quantum correlations do imply causation – even without the kind of active intervention that classical variables require.

Causality is a fundamental concept for those studying epidemiology, genetics and social sciences and the idea of disentangling correlations for causation is very important. “We’ve discovered that the causal structures that are allowed in the quantum world are much richer than in the classical world,” said MacLean, a PhD student with IQC and the Department of Physics and Astronomy. “We don’t know this yet, but there are certain things that it could entail for other fields.”