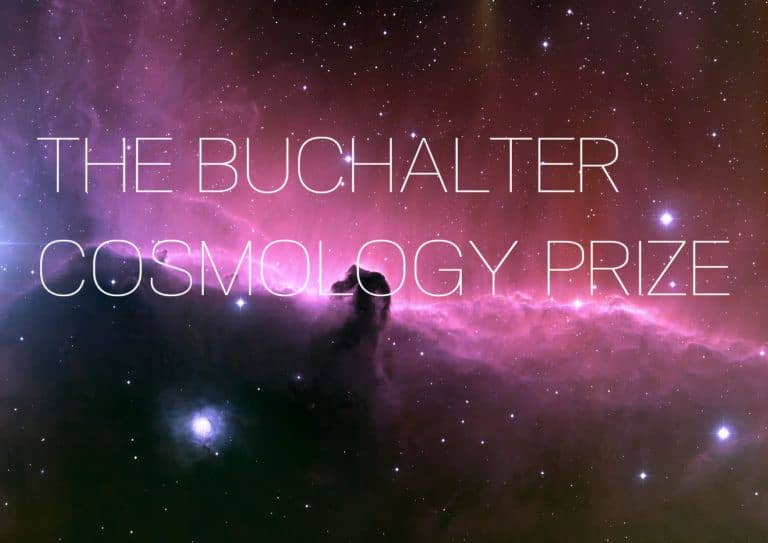 The Buchalter Cosmology Prize is new, but it already has Perimeter’s name on it.

Launched in 2015, the prize is meant to stimulate groundbreaking work in cosmology, particularly work that challenges or extends existing models. It’s the kind of work Perimeter values – and the kind of work cosmology needs.

“These are amazing times for cosmology,” says Perimeter Director Neil Turok, himself a cosmologist.

“Many of us believe that we are poised for a revolution. We stand in need of truly new, innovative, exciting ideas. It is good to see such work encouraged by this prize.”

This year’s winning paper is from Perimeter postdoctoral fellow Flavio Mercati, who collaborated with Julian Barbour and Tim Koslowski to tackle one of the most puzzling aspects of cosmology: the nature of time.

The laws of physics do not in general make a distinction between past and future – but the universe certainly seems to. So how does that difference emerge?

The researchers begin with the observation that the universe, as a whole, is a structure whose complexity is growing, with galaxy clusters, galaxies, and ultimately stars all emerging from an early amorphous soup of matter and energy.

“Our conjecture is that our perception of time is the result of a law that determines an irreversible growth of complexity,” says Mercati.

Read more about the team’s work on the arrow of time.

This year’s third-place winners are Perimeter postdoctoral fellow Elliot Nelson and Perimeter Faculty member Niayesh Afshordi. In their work, they uncover a new way in which cosmology can shed light on the future of particle physics.

In a set of novel calculations involving quantum fluctuations in the vacuum, Nelson and Afshordi set an upper limit on how energetic any unknown field could be before it caused the universe to curve in on itself. From this, they worked out that any undiscovered particle associated with an extension to the Standard Model of particle physics would have to have a mass less than 35 TeV.

In effect, they’ve used the largest possible structure – the curvature of the universe as a whole – as a lens onto the smallest objects observable today, elementary particles. Perimeter will feature this work in more depth in the coming days.

Turok commented: “Last year, I said that it was great to see foundational thinking encouraged in this way, and that we were delighted that Perimeter scientists won first and third prizes. This year, I can only repeat myself.”

The Buchalter Cosmology Prize was given on January 6, 2016, at the 227th meeting of the American Astronomical Society in Kissimmee, Florida.