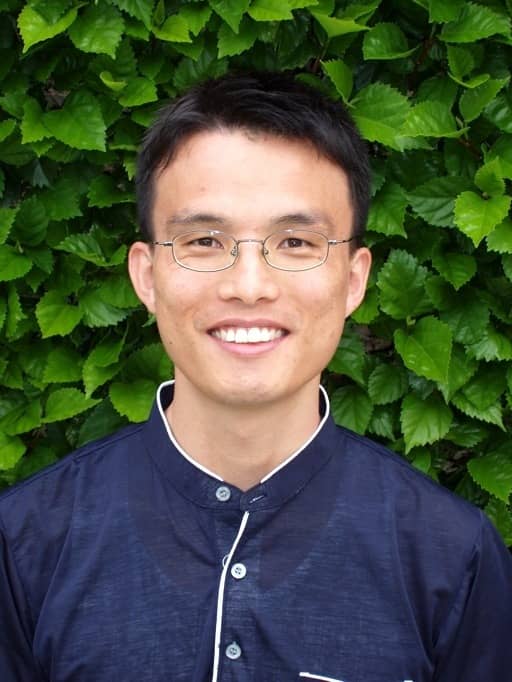 Perimeter Associate Faculty member Sung-Sik Lee is a condensed matter physicist – but he has his eye on quantum gravity.

Lee lays out the problem: “Physics has one theory to describe how planets orbit the sun and another to describe how electrons ‘orbit’ an atomic nucleus. Both theories – gravity as described by Einstein’s general relativity and quantum field theory – are great triumphs. Both are well-tested and powerful. The trouble is, we can’t use both at once.”

Relativity says that spacetime is smooth, and only big things can warp it, in ways that are exactly known. Quantum theory says that the smallest parts of the universe are constantly fluctuating and dramatically uncertain. How can something be both smooth and fluctuating, both exact and uncertain? How, in other words, can we make a quantum theory of gravity?

Physicists simply don’t know. Researchers in both string theory and loop quantum gravity have made progress, but a fully functional unified theory has remained out of reach for more than 80 years.

As far as the condensed matter physicists are concerned, it’s all about scale.

In all of physics, but particularly in condensed matter, our descriptions of physical systems depend on the scale at which we look at them. For instance, if you wanted to know how your tea would spread across the table if you spilled it, you would describe the puddle with hydrodynamics, and completely ignore the fact that the tea actually consists of single molecules and has a complex microscopic structure. But if you wanted to know details about how a very small drop behaved, you would have to change the description to one that takes the microscopic structure into account.

Condensed matter physicists have developed a powerful suite of mathematical tools for “flowing” a theory at one scale into a theory at a different scale. These tools are collectively known as the renormalization group, or RG.

RG tools allow physicists to take what they know about tea molecules and move seamlessly to a description of a spreading puddle. Like the zoom on a camera, the RG changes the distance scale. It’s perhaps simplistic, but nonetheless true, that distance scales are exactly what separates quantum theory from gravitational theory – one is the physics of the small and one is the physics of the large. Could the renormalization group be the tool that finally unites them?

Maybe. A growing body of researchers, from around the world, is trying to find out. Lee wants to use the RG to better understand the relationship between quantum theory and gravity. Specifically, he wants to make a constructive proof of the AdS/CFT correspondence.

At Perimeter and places like it, the phrase “AdS/CFT correspondence” comes up a lot. If it’s always sounded like Greek to you, here’s some background.

AdS is short for anti-de Sitter space. When we say “space” in this case, we mean not the cosmic emptiness of outer space, but space in the mathematical sense – space as geometry. If you imagine drawing a triangle on a piece of paper and another on the surface of a sphere, you might intuit that the rules of geometry depend on the space you’re dealing with. Space as a piece of paper is technically called Euclidean space. Space as the surface of a sphere is technically called elliptical space.

Anti-de Sitter space is elliptical space that obeys the tenets of special relativity – elliptical space that can stretch or contract in extreme circumstances. When physicists say that gravity bends space like a bowling ball on a rubber sheet, anti-de Sitter space is probably the space they have in mind. Thus, the “AdS” part of AdS/CFT refers to a particular description of gravity.

Using the renormalization group to prove the AdS/CFT conjecture

Proposed by Juan Maldecena in 1997, the AdS/CFT correspondence – which is also known as the Maldecena duality or the gauge/gravity duality – has been hugely fruitful. There were intractable problems in field theory that could suddenly be solved in AdS, and deep questions about gravity that could suddenly be addressed via well-explored field theories. But despite its success, AdS/CFT remains a conjecture: it’s never been proved.

“There is a lot of evidence for the conjecture, but there’s no proof,” says Lee, who is jointly appointed to Perimeter and to McMaster University. “We know for sure that it works in some special cases. We believe that it applies more generally in other cases, but we don’t know how to make the connection.”

What’s needed, Lee says, is constructive proof. That is, he’s not satisfied with knowing that A equals B – he wants to map the path between A and B. That path could then be followed from A’ to B’, from A* to B* – from field theory to gravity. Lee hopes the renormalization group can be that path.

But there’s still a problem.

Toward a quantum renormalization group

That sounds like the good news, but it’s actually the bad news. “We are talking about quantum gravity,” says Lee. “Coupling constants will not be exactly known. They will be quantum and dynamical.”

To address this, Lee is working on an extension of the renormalization group which he calls the quantum renormalization group. Whereas traditional RG makes the coupling constants “flow” along a smooth and deterministic path from one exact value to another, Lee’s quantum RG will have built in uncertainty about the start and end points of that path, and some wobble along the way.

“Quantum systems can do strange things,” Lee says. “If we are to truly understand them, we need to make our theory stranger, too.”

The road from quantum mechanics to gravity has long been unpassable. Lee hopes his strange and wobbly quantum map will help physicists at last find their way.