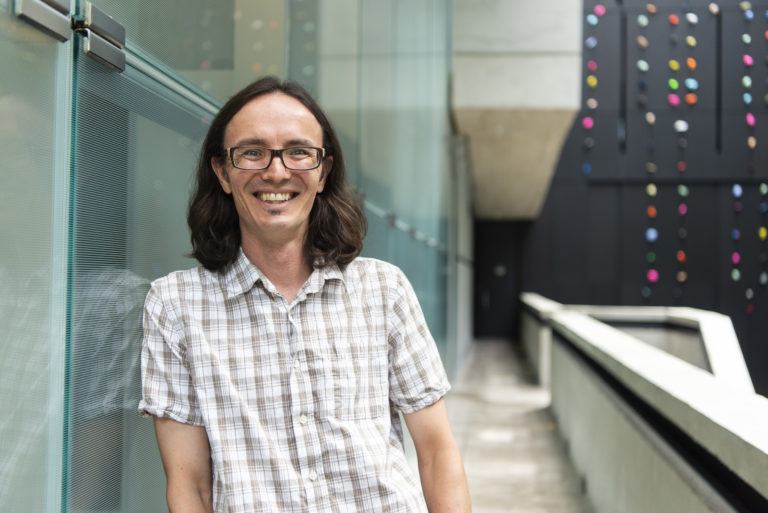 The bears scattered when the humans arrived at the dump. Perhaps the bears understood that the humans, a father and son, were not competitors for food.

Father and son rummaged for gadgets – discarded radios, televisions, anything with wires and circuits that looked remotely salvageable. Dad, a school bus driver, loved to tinker. Son, a curious boy not yet 10, caught the tinkerer’s bug. Mom, a nurse, tended to their inevitable nicks and scuffs.

After salvaging on those summer mornings, the family car loaded with bounty, father and son would trundle back to the family’s 15-acre hobby farm in Christina Lake, BC, where horses and sheep grazed between outbuildings that served as makeshift electronics workshops.

“It was a great way to grow up,” he recalls, “in a beautiful place, in the middle of nowhere.”

He once built a rudimentary telegraph device that he and his friends used to tap Morse code messages between their elementary school’s library and a classroom. He didn’t know at the time – couldn’t have known – that a few decades later, he would help bring to life another electronic contraption, one far more complex, in a valley just across the mountains west of his childhood home.

He certainly couldn’t have imagined that his work on that device would help unveil incredible new truths about the starry sky that stretched between mountain peaks.

Now 40 and working as a computational scientist at Perimeter Institute, Lang looks back at his childhood with a mix of bemused nostalgia and incredulity. In some ways, his path to Perimeter seems unlikely; in others, almost inevitable.

He chalks up to pure coincidence that the farm where he grew up is just a few valleys away from the site in Okanagan Falls where the CHIME telescope – the most significant focal point of his scientific career thus far – now stands.

The rest he attributes to curiosity and passion: a love of electronics and computers that he can trace back to the dump. He remembers when his elementary school got brand new computers – the Apple IIe model, on which he played simple games and learned rudimentary coding.

High school teachers nourished his love of computers and encouraged him to look beyond his rural roots when it came time to find a postsecondary path. A seven-hour bus trip took him to the University of British Columbia, where a single dorm building could house more people than inhabited his hometown. After earning his undergraduate and master’s degrees in computer science (and meeting the fellow computer scientist who would become his wife), he headed to the University of Toronto to pursue his PhD.

It was there that his co-supervisor, an astronomer, encouraged him to apply his computer science techniques to the enormous data sets produced by observations of the cosmos. His career took him to postdoctoral positions at Princeton University and Carnegie Mellon University, and then back to Toronto.

When a job posting emerged online for a computational scientist at Perimeter Institute – seeking someone with experience both in big data analysis and astrophysics – friends joked that the job description must have been written with him in mind. It hadn’t been, but his uncanny suitability for the role was not lost on those doing the hiring.

After he arrived at Perimeter in September 2018, he joined colleagues who had been working for several years on an astronomical challenge requiring serious computational ingenuity. Perimeter Faculty member Kendrick Smith and colleagues from partner organizations were on the hunt for fast radio bursts (FRBs): sudden, brief, and mysterious bursts of energy happening many galaxies away.

The cause of FRBs was, and remains, a mystery. But the research team knew the first step to solving the mystery would be detecting more FRBs, since only a couple dozen had ever been spotted.
They believed they could use an existing telescope, built for a different purpose – the Canadian Hydrogen Intensity Mapping Experiment (CHIME) in British Columbia – to sleuth out more FRBs, if they could devise the right software.

The challenge was great; their software would need to glimpse, in real time, fleeting telltale fingerprints of faraway explosions in the CHIME telescope’s data-rich observations. It was akin to finding a needle in countless haystacks, given the torrential cascade of information flowing from the night sky through the telescope at every moment of observation.

Because the telescope surveys thousands of places on the night sky at once, constantly scanning as the Earth rotates, the researchers needed to fine-tune their software to recognize a faint and momentary downward sweep in signal frequency.

That required innumerable lines of code, all running through liquid-cooled supercomputers in specially insulated shipping containers at the CHIME site. It also required much collaboration with colleagues across Canada, plenty of trial and error and debugging, and lots of optimism.

And it worked. Almost immediately after tuning the CHIME telescope with their customized hardware and software, it detected 13 FRBs during a pre-commissioning run. The CHIME team had accomplished in a matter of weeks what had previously taken a decade.

“It was pretty amazing,” Lang recalls of the findings, which the team announced in early 2019. “We had this embarrassment of riches.”

The riches continue to pour into CHIME. The results of continued observations are not yet public, but Lang expects the next papers published by the team to cement CHIME’s status “as the most prolific source of FRBs in the world.”

With such a drastically increased ability to detect FRBs, scientists stand a much better chance at understanding their causes – neutron stars, black holes, supernovae, or other proposed culprits.

For Lang, it’s “a bit surreal” to work on a truly groundbreaking telescope that stands on the other side of the mountain ranges – practically next door, in British Columbia scales – from the dump where his love of electronic gadgetry was born.

“I still find it amazing that we can learn important things about the universe by writing computer programs,” he says. “It’s that wonder – the amazement that these things are even possible – that excites me.”