Prince Osei’s path to academia has been marked by a stubborn, almost pathological, avoidance of what others suggested he do.

Now, as a researcher tackling some of the most difficult problems quantum gravity has to offer, his instincts have proven correct and his example is motivating other aspiring mathematical physicists in his native Ghana.

Growing up in Akim Oda, a small town in the eastern region of Ghana, Osei spent much of his time playing football in the streets or going out hunting. When he was only 10 or 11, his father – an accountant at the local secondary school, as well as a farmer – feared he was becoming troublesome and sent him to boarding school in Ghana’s capital city, Accra, to “become proper.”

Suddenly separated from his family, Osei had to learn to do things for himself, including fending off bullies. He found it difficult settling in, but emerged with a deep-rooted sense of independence.

In junior high school, Osei’s math teacher put a simple equation on the board and asked someone from the class to try to solve it. Osei volunteered, but made a mistake in his solution.

“He put me in front of the class and told me that, if I can’t solve this problem, I can’t go anywhere, and that I’m dumb,” remembers Osei with a laugh. “That night, I said, ‘No, I’m going to prove to this man that I am not stupid.’ I got out all the math books at my disposal and I read a lot.”

He also sought help from friends who were stronger students, even bribing one with food in exchange for tutoring. “At the end of the term, I got higher marks than he did,” laughs Osei.

Top marks became something of a theme. Osei finished junior high at the top of his class and elected to go to the country’s best high school for science, pleasing his father, who hoped he would go to medical school. The only problem? Osei hated biology. “I had to make a conscious effort to make sure I was getting low marks in biology and 90-100 in math,” he recalls. “At the end of the term, I showed the report to my dad and told him, ‘Look at the biology. I am not good. I am not doing well. Look at math! I’m excelling.’”

Osei ultimately convinced his father of his preferred path and began studying mathematics at the nearby University of Ghana, taking some courses in theoretical physics as well. He stuck around for a master’s degree, settling on quantum gravity as his area of focus after searching online for the most difficult unsolved problems in mathematical physics.

“Getting stuck and struggling for a long time and finally ending up with some nice result is satisfying,” explains Osei. “I enjoy studying mathematics. I get excited. I shout when I get nice results.”

Toward the end of his master’s, Osei had a chance meeting with Bernd Schroers, a professor from Scotland’s Heriot-Watt University who also works on quantum gravity. While vacationing in West Africa, Schroers showed up in the University of Ghana’s mathematics department during a discussion on differential equations. After chatting with Osei, Schroers asked to see his master’s thesis.

“He stood out there in the sun and he was flipping through, and we were talking,” says Osei. “After looking through for a while, he asked me, ‘Do you mind if I supervise your PhD?’”

To most, this would seem a serendipitous encounter. But Osei politely declined. Most of his friends and colleagues had gone to North America to earn their PhDs, and that’s where he envisioned himself going as well.

But Schroers, it turns out, is a little stubborn as well. It took months, many emails, another visit to Ghana, and a trip to Edinburgh for a workshop on quantum gravity and noncommutative geometry, but Osei eventually agreed to work with him.

Between 2009 and 2012, he spent three months per year in Edinburgh, as well as a little time at the African Institute for Mathematical Sciences (AIMS) in South Africa and at Perimeter Institute, but most of his time was spent at the University of Ghana – a school that had not awarded a single PhD in mathematics since its founding in 1948.

“I was the first PhD [in mathematics] to be awarded by the university after 65 years,” says Osei. “Before I got my PhD, the youngest person with a PhD in the department who was Ghanaian was 65 years old.”

After spending three years helping to build AIMS-Ghana as its Academic Director, Osei arrived at Perimeter in August 2015 via the Fields-Perimeter Institute Africa Postdoctoral Fellowship. A year later, he became a full-time postdoctoral researcher. “I had always wanted to have some time here,” says Osei. “The whole environment is just stimulating. I had a lot of ideas in my head and I was looking for the time to get away and work on those ideas, and this was the perfect environment for me to do that.”

Those ideas largely concern quantum algebra and an algebraic approach to problems in quantum gravity – in particular, the role of quantum groups in noncommutative geometry and topological quantum field theory.

He’s also recently been interested in topological quantum computing, because of its relation to 2+1 quantum gravity. It’s an area he will be able to explore more in his new role as the Project Developer of Quantum Leap Africa (QLA). Based in Kigali, Rwanda, QLA is an information science and quantum technology hub created by AIMS to deliver high-impact research in big data analytics, quantum computing and quantum information technology, and smart systems design.

For now, Osei is just excited about the opportunity at QLA, but he ultimately wants to return to his native country and help build up the mathematics department at the University of Ghana. Last year, four years after Osei obtained his PhD, the university conferred three more PhDs in math.

“There are lots of young people behind me who have been inspired,” says Osei. “The aim is to just focus on my assignments and try to achieve my goals, and then definitely it will naturally encourage.” 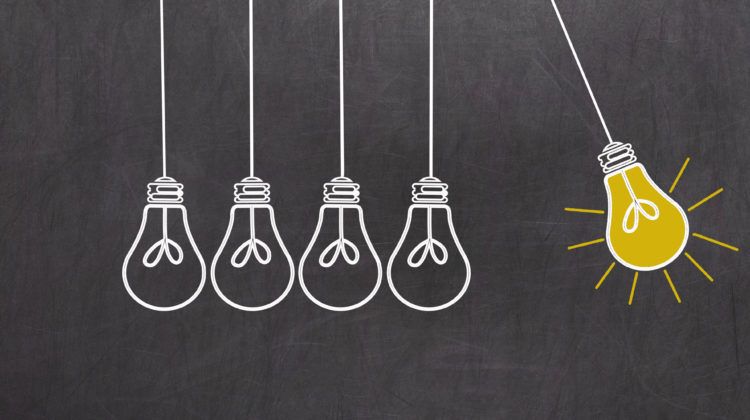