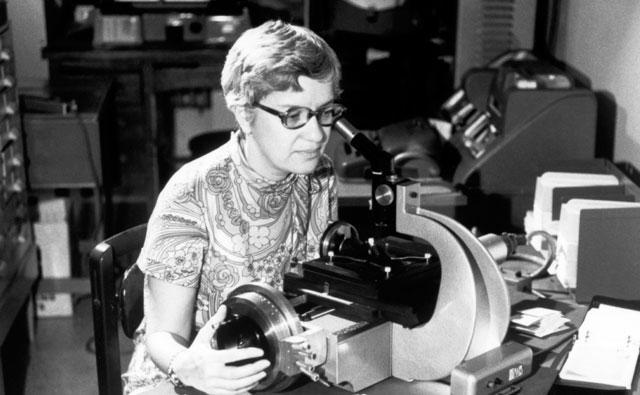 The American astronomer who shed light on what we now know as dark matter, Vera Rubin, has passed away.

Rubin pioneered the science of galaxy rotation rates, and her observations suggested that the universe must be permeated by the invisible gravitational glue of dark matter, which is believed to make up more than one-quarter of the matter and energy in the universe.

Rubin amassed many awards and accolades over her stellar career, but the Nobel Prize was not one of them — an omission many felt egregious.

“Fame is fleeting,” Rubin told Discover magazine in 1990. “My numbers mean more to me than my name. If astronomers are still using my data years from now, that’s my greatest compliment.”

She was passionate advocate for other women in STEM fields, once saying: “We all need permission to do science, but, for reasons that are deeply ingrained in history, this permission is more often given to men than to women.”

As news of her death on Christmas Day spread around the world, many scientific peers and publications reflected on her immeasurable contributions to our understanding of the universe and ourselves.

“Vera Rubin was a national treasure as an accomplished astronomer and a wonderful role model for young scientists,” Carnegie Science President Matthew Scott in a statement from Carnegie Science.

“Despite making what is probably the single most significant advance in cosmology in the late 20th Century, she never won a Nobel Prize. She also kept teaching until her death, as best I can tell, and was a tireless advocate for women in science. She was one of my heroes, she illuminated the unseen universe…” – columnist Andrew P. Street in The Age.

“She was genuinely wonderful.” – Michael Brooks, recalling his July 2006 meeting with Rubin in a post on Medium.

“She was not defined by, nor will she be remembered for, her gender, but by her remarkable contributions as a scientist.” – Lawrence Krauss in Scientific American.

“How many women were inspired by her, how many structures in astronomical societies exist because of her? Even if the general public might not know her name, her positive influence will extend well beyond her own lifespan.” – Phil Plait’s Bad Astronomy blog on Slate.

“Rubin rightfully earned a place as one of the world’s most famous scientists, and garnered plenty of awards and acclaim (if not the Nobel). Her work revealed the presence of something mysterious and critical that we still don’t understand. As scientists get closer to understanding what dark matter is, Rubin will be remembered for leading the way.” – Science writer Kane Lunau in Motherboard

Pioneer of dark matter, #VeraRubin has died. Brilliant and gracious, she was deeply attuned to the workings and the poetry of the cosmos. https://t.co/pevvHZUFyB