Some of the paths physicists pursue are fairly obvious. Wall Street and Bay Street are liberally sprinkled with ex-physicists, as are computer science start-ups, and big data firms looking for ways to distill signal from noise often look no further than physics graduate programs. Add a physicist’s mathematical chops to technical skills like data analysis or computer programming and you can have a powerhouse combination that is highly valuable where problems are tough and the tools are technological.

But what is more rarely recognized is that physics, as a discipline, demands and teaches things like abstract thinking, persistence, and creativity. This may explain the success of physicists in endeavours as diverse as politics (Angela Merkel did her doctoral work in quantum chemistry), medicine, and the arts.

Like a six-shooter in Old West fiction, physics is a multi-chambered, long-distance problem solver. It’s no wonder that some physicists travel far. Here are six young adventurers who are glad to have physics in their holster.

Thomson began her university degree in biochemistry, then switched to physics. Unlike in high school, where physics was about applying equations, in university she saw the narrative thread. “Physics is like a book that just gets better and better,” she says.

That curiosity-driven, broad-minded approach gave Thomson the grounding and flexibility to make the leap from a PhD in string theory to a postdoctoral fellowship in medical physics. Today, she’s an associate professor at Carleton University and a Canada Research Chair. She’s interested in theoretical questions about the interaction of matter and radiation, and ways to improve radiation therapy treatments for cancer.

Much of Thomson’s work is computational: she uses Monte Carlo techniques, for example, to build simulations of radiation transport and energy deposition on cellular and subcellular levels.

Her research team developed BrachyDose, a fast Monte Carlo simulation package for brachytherapy (radiation therapy where the radioactive source is implanted inside the body, at or near the tumour site). It is being deployed at cancer centres for treatment planning and evaluation, in addition to being used for dosimetry studies for ocular, breast, lung, and prostate cancer treatments.

The fact that her work could lead to more effective cancer treatments is wonderful, but Thomson says that, in itself, is not what drives her. She is, first and foremost, a physicist, curious to understand how nature works. “Physics is good training for your brain, no matter what you do with it,” she says.

Ken Neerhold is an apprentice pastry chef with a master’s degree in high energy particle physics. “Behold how far I’ve strayed from the true church of science!” he says, confectioner’s sugar puffing up in clouds around him. “But really, it’s not as far as you’d think.”

Cooking and baking are scientific – take physics and chemistry, mix with a dash of biology, and apply a lot of experimental technique – but that’s not what Neerhold means. “All my best habits of mind are things I learned at particle accelerators,” he says. “Some of the problem solving stuff I still use every day. How to tweak, how to control variables, how to chase down problems and dial in on results. I used to do it with cable trays and now I mostly do it with silicone molds.”

He details some problems he’s having with candies sticking to intricate forms. “The persistence, the focus on the big picture, the drive toward mastery even though mastery can take years – that’s what physics gave me.”

BREAKING DOWN THE PROBLEM 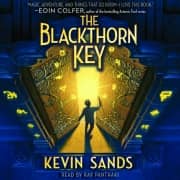 The road from general relativity to writing children’s books was, says Kevin Sands, “long and circuitous.”

It started with a disenchantment with academia, took a tour through business consulting, then made a stop at online poker before alighting at writing. Sands initially supported his writing habit with part-time teaching, but since his debut novel, The Blackthorn Key, launched big with Simon & Schuster last year, he’s been writing full time.

So how does a background in physics contribute to work as a novelist? “It rarely comes up in a direct way,” says Sands, noting that there’s not much call for tensor mathematics in children’s adventure stories. “But you’d be surprised – it definitely informs my process.”

When he started writing, he turned to other writers and guidebooks for advice, and sought critiques. “I learned a lot that way, but what I really did, and still do, is what a physicist does: I break novels down very much as one would break down a theorem in mathematics.”

Degrees in physics and mathematics are “ultimately degrees in problem solving,” he says. Physicists divide problems into a number of smaller problems, carefully define what’s known and what’s not known, and identify where things might be going wrong. “If I’m trying to learn about pacing, I look for books with great pacing. Which writers are effective at this? Why are they effective? How did they do it? Which pieces can I use?”

He shrugs. “I described this to someone at a dinner once and he said ‘That’s a very science-minded approach.’ I was surprised – I’d never thought about it that way. But of course he was exactly right.”

A QUANTUM LEAP INTO THE FUTURE

Gus Gutoski was a computer science undergraduate student at the University of Waterloo when he heard that, one day, a quantum computer could “break the Internet.”

That glimpse into a future world, with the equally frightening and beautiful potential of a quantum computer, is what drew Gutoski into postdoctoral research in quantum information theory and cryptography at Perimeter Institute and the University of Waterloo.

Now, he’s preparing organizations for that quantum future through his work at Isara Corp., a Waterloo start-up that is helping consumers, enterprises, and governments protect today’s information with quantum-resistant cryptographic systems. “Our goal is to allow people to enjoy the benefits of quantum computers without being threatened by them,”
Gutoski says.

That might sound premature, given that a quantum computer that can break today’s encryption might be decades away.

But “you would be surprised at how long it takes to transition cryptographic systems,” Gutoski says. Many government departments and agencies, not to mention financial institutions, have information in their computers that they need to make sure will stay encrypted even 30 years from now, he adds.

He’s using his physics background to solve practical problems like: how many queries would a quantum computer have to make before it can crack that black box of information?

It’s a fascinating field, says Gutoski, with the added bonus that the future is full of interesting questions. And physics can be useful for all of it. “If you are passionate about physics, it’s all very applicable, so just do it.”

What happens when you combine the extraordinary power of physics to explain the world with the power of video to take those explanations to the public? If you do it right, you get a mass audience with hundreds of thousands of interested viewers.

His videos range from ”Why is the Solar System Flat?”, a video that has so far garnered over 4.5 million views, to ”Concrete Does Not Dry Out”, with more than 700,000 views and counting. MinutePhysics became one of the 200 most popular channels in the early days of YouTube. It’s still in the top 500 in the much-expanded realm of the world’s
largest video sharing website.

Reich was always fascinated with physics in school. It is “a logical way to explain the world,” he says. But he also had creative interests. A graduate of the Perimeter Scholars International inaugural class in 2009, he later came back to Perimeter as the Institute’s first film and digital media Artist-in-Residence.

When he started MinutePhysics, few people thought of YouTube as much more than an entertainment channel. Now, Reich, who lives in Montana, is helping show that entertainment can still include strong, sound science.

“I work really hard to make the videos as accessible as possible without sacrificing any of the truth of the science,” Reich says.

“My goal is to always make a video that a researcher at Perimeter would be proud to share and to say ‘that is a really clever way to explain that topic.’”

Through MinutePhysics and his other channel, MinuteEarth, which is made by a team of science writers and illustrators, Reich can be boundlessly curious. “There are so many different things to talk about and so many things that I haven’t even scratched the surface of yet,” he says.

THE POWER OF ABSTRACTION – AND MATHEMATICS 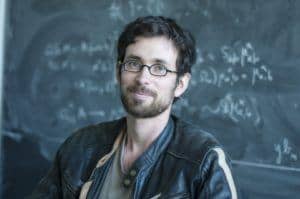 Matteo Smerlak is a Perimeter postdoctoral fellow working on (among other things) the thermodynamics of black holes. But one of his last published papers – in the prestigious journal Science, no less – strayed far from theoretical astrophysics.

Smerlak helped a team of biologists uncover and formulate the mathematical relationship between predators and prey.

Their work revealed that, when there is a great rise in the number of prey animals in an ecosystem, the number of predators increases too, but not at nearly as rapid a rate.
What’s a physicist doing that far afield? “There’s no grand strategy. Once something’s interesting, I make it part of my research,” he says. “So far, that’s included macroeconomics, evolutionary biology, and now ecology, on top of my usual work probing gravitational physics.”

Many of Smerlak’s wilder collaborations were born at the Santa Fe Complex Systems Summer School in 2013, where scientists from different disciplines grappled with thorny problems. “It quickly became apparent that theoretical physicists were the most flexible. They could jump from group to group, and make real contributions,” he says.

Why? Smerlak cites two reasons. “The physicist’s ability and tendency to simplify helps. We’ve learned to take a problem that’s complex, throw it away, and work on a simple problem. It’s an attitude, as much as a set of skills. It can come across as arrogance, but it can also be very useful.”

And then, of course, there is the math. It is, says Smerlak, a skill with carry over. “Math is an abstract language, and by virtue of its abstractness it can be used and applied in different contexts. Ideas feed into one another, and I go where curiosity takes me.”